What’s a good fuel stop and dinner place in Croatia on the way to Sarajevo?

I have an upcoming trip to Sarajevo LQSA. I understand there is no AVGAS at LQSA and so I’m planning on refueling somewhere close. I will be coming from far away and so I’m also looking to get dinner.

Is there an airport with AVGAS and restaurant on site somewhere in Croatia from where I can hop over to Sarajevo? The airport should be IFR.

LDSP might have „airport food available“. LDSB not sure. You could try and scout a restaurant on google maps and arrange delivery to the airport.

Depending the direction you’re coming from, LDSP, LDZA, LDSB, LDDU and LDOS are the closest airports to LQSA. However, none of them has some decent restaurant. Actually LDZA has something but it’s in new terminal building which is 5 km from GA terminal. You can get something at LDSP but I don’t know if I can recommend it – it’s rather sandwich bar than restaurant. Zadar LDZD has restaurant and the airport is easier and cheaper than LDSP although it’s bit farther from LQSA. Pula LDPL has sandwich and salad bar while Rijeka LDRI has only café. LDLO has restaurant just outside (El Paso) and the airport is super-easy and the cheapest of all.

All mentioned airports are international and have avgas.

Depending what’s your planned route after LQSA, you could land at LDZD or LDLO, refuel and have lunch, fly to LQSA and then reach any of Croatian and majority of Austrian airports from LQSA on a way back.

I would use LDLO or LDSB.

LDLO has a nice cafe/restaurant 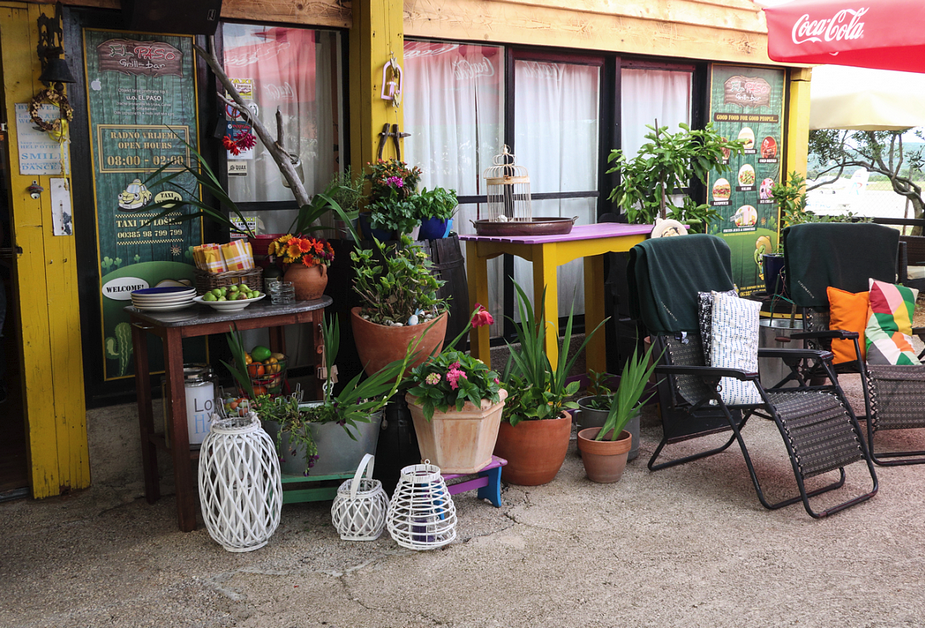 The nearest easy airport to LQSA is LDSB. Watch the opening times though. LDLO is easier in that respect.

Both LDLO and LDSB are untowered most of the time and the IAPs are not available. If you need a fully IFR airport then you need Split LDSP, but they have parking restrictions at times (give them a call). LDZA has no parking issues AFAIK.

Thanks. I’ll report back in a while

My travel plans have changed a bit but I’m still due to go to Sarajevo by the end of next week. The new plan is that I will be coming from Germany, make a fuel stop in Belgrade and hop over to Sarajevo.

Now the tricky thing is going to be:

I will have used about an hour of fuel, need to reenter Schengen somewhere, need to refuel, don’t want the 100+ NM overwater crossing straight to Italy but I still would like to have good Italian food for lunch or maybe dinner. And the weather may be bad and I need an IFR capable airport.

I will be flying on a Saturday and probably have a late start due to business the day before. That probably calls more for dinner in Italy and a hotel there.

I would do the overwater leg to Italy, if there is a way to get the equipment. I do have an expired raft – might work but is not legal. Now it occured to me to look up the regulation. FAA § 91.509 Survival equipment for overwater operations says: (a) No person may take off an airplane for a flight over water more than 50 nautical miles from the nearest shore unless that airplane is equipped with a life preserver or an approved flotation means for each occupant of the airplane. That means a life vest (again, I have a few expired ones that came with the aircraft back then) would do – a non-expired one obviously.

I know from past experience that Friebe at Mannheim airport sells the equipment. I could land and pick it up. Unfortunately that doesn’t work, if the weather is bad. EDFM has an approach but due to some local rules it’s not available to me and I would have to come in VFR.

My final destination is LEBA Cordoba in Spain.

So many choices and no certainty at all :-)

Order a lifevest on amazon (next day delivery) and take your raft.

A quick search on SD suggests Ancona LIPY or Pescara LIBP, if you are comfortable with crossing the Adriatic.
If not, why not Venezia Lido LIPV ? Has everything except IAP, a bit expensive but that’s still a cool stop :)

Edit : Ancona may not have Avgas, my mistake.

I do have an expired raft – might work but is not legal.

I see no regulation saying the raft has to be within some (manufacturer issued) overhaul limit. I think this is an over-interpretation. The vast majority of life jackets used in GA ops are expired – because it usually costs less to buy a new one.

I’ve flown over Ancona many times. Looks like a nice spot. Has it always had avgas?

Peter
Administrator
Shoreham EGKA, United Kingdom
21 Posts
This thread is locked. This means you can't add a response.
Sign in to add your message