Later this week I need to fly LFMA to LFMT in the evening, around sunset. I could do NVFR or IFR.

I am not familiar but there seem to be a number of restricted areas that I have no clue how easy it may be to obtain a clearance through.

Eurocontrol validates LFMA ITR LFMT which is straightline overhead Istres that has all the restricted airspace around it. Surely LFML approach can easily negotiate an IFR flight through Istres for such a short flight? IFR SALIN MARRI is a no brainer (VFR in this part of France is quite hazardous for a non-local with all these different airspaces and I would bet that in no way they will let you approach Istres as shown on your map).

LFMA will perhaps keep you on an overhead climb but you’ll quickly get your clearance via almost overhead LFML to SALIN.

Thanks Flyamax. I could not get it to validate (unlike LFMA ITR LFMT) but eventually climbing higher and either via MTG or dct SALIN does validate as long as I file 6000ft or higher: MTG Y25 SALIN MARRI or SALIN Y25 MARRI do work, thanks!

I am also favouring IFR due to airspace, but I would prefer VFR at lower level if the airspace would allow…again thx! LFMA MARRI MARRI11 LFMT at FL60 validates for me. Eventually ATC gives you SALIN first (to make you cross LFML at the runway end). 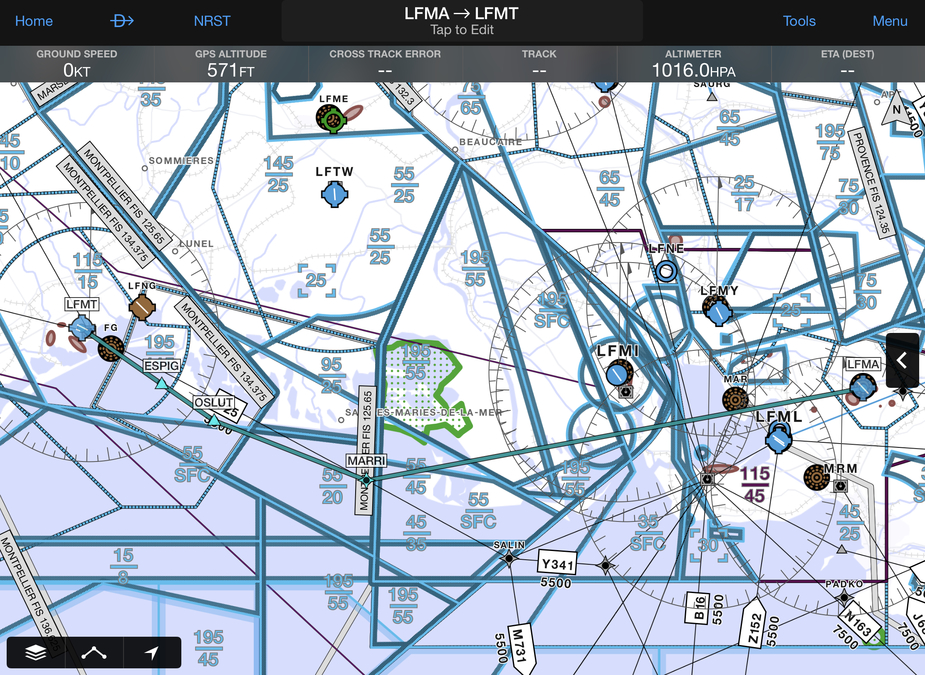 That should do it. _Merci beaucoup!

Oh well…as usual things did not turn out as planned:

On departure from Mallorca we found we had a 2 hr slot courtesy of la greve affecting most public services in France. The delay would have voided the purpose of our trip…
We had a plan B which was an IFR flight changing to VFR at the French FIR boundary. This was IFPS accepted without delay. Wx was good but the Palma TMA airspace design is such that when VFR you are forced to fly at low altitude for miles over cold waters, which I do not like to do. If I fly at FL180-200, then at any point in the 280 nm trip to Marseille I am maximum 20 mins away from land (either MAllorca, Menorca, Catalunya or Marseille) at any time and about 10 mins away from being within gliding range of land…If I am at 3000ft then the story is very different. Anyway that’s my risk management for winter overwater SEP.
Upon crossing the FIR boundary, French ATC did not query about our FPL rules change (just as they should) and I did not ask either so…IFR we continued.

On arrival at LFMA we found no ATC despite the absense of a specific NOTAM. Fair enough there was a generic one for the whole FIR, but it was only advising on the possibility of ATC restrictions…how can you plan with that? I was thus forced to practice my less than perfect aeronautical French for self announcements and was able to coordinate with the other multiple traffics in the circuit. I had been advised by ATC of a phone number for FPL closure and I called them after landing, which they acknowledged. However, 1 hr later got a nice call from French DGAC asking whether I was safe and advising I should close my FPL the next time…go figure!

Later the same day, we decided our idea of IFR LFMA-LFMT would not work due to the default slot assignment in the system as a result of la greve, so VFR it was to be. We did it in the afternoon and flew south over LFML then were forced at 1000ft westwards along the coastline…a nice sighteeing trip along La Camargue’s VFR route.

LFMT Montpellier as easy and helpful as ever, although we had a small vectoring in the CTR due to other traffics. 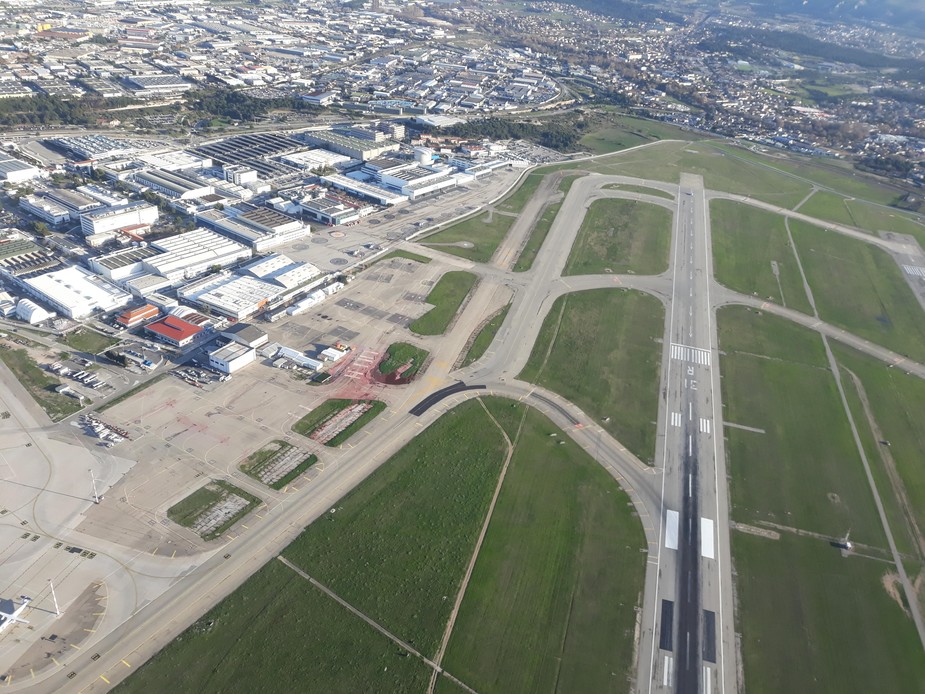 I used to work there. I can almost see my office.

What did you use to do there?

Noe
12 Posts
This thread is locked. This means you can't add a response.
Sign in to add your message

Le Touquet LFAT asking for an English callsign?
Lübeck (EDHL) to Marseille / Aix-en-Provence (LFMA) and back - Part I
A December trip to Southern France and Northern Italy
Nice and friendly GA Airports in the area of Montpellier LFMT / Perpignan LFMP?