The Isle of Wight has two airfields: Sandown EGHN and Bembridge EGHJ.

Sandown is hugely popular with GA in the south of England, who mainly fly there, eat some grease, and fly back

It is grass but recently they reinforced the runway. I did ask about the condition of the parking areas and got no response. I’ve never landed there. It re-opened when the coronavirus regs got relaxed but put up a rather dark threat about not leaving the airfield; reportedly there was local hostility to “foreigners”

Bembridge has a hard runway and taxiway, and grass parking. They used to park “bigger or nicer” planes on a couple of tarmac circles (I visited many times 10+ years ago) but they don’t seem to do that anymore. They used to be busy too, with full ATC, paid for by Britten-Norman who used to build the Islanders etc there. Some years ago BN got an offer they could not refuse from the Lee on Solent local council trying to develop a poor area (free hangars for years, like many others got there) and moved manufacturing out of the IOW, although there is still a hangar there with some activity. The current “radio” operator is basically not present, you make blind calls on the frequency, and is present only on email. Very responsive on email though, at seemingly all times. You get PPR via a website application form. The airfield is open sunrise to sunset and you pay by BACS. What is not to like? It’s basically perfect!

Left base for 12. Blind calls on the frequency 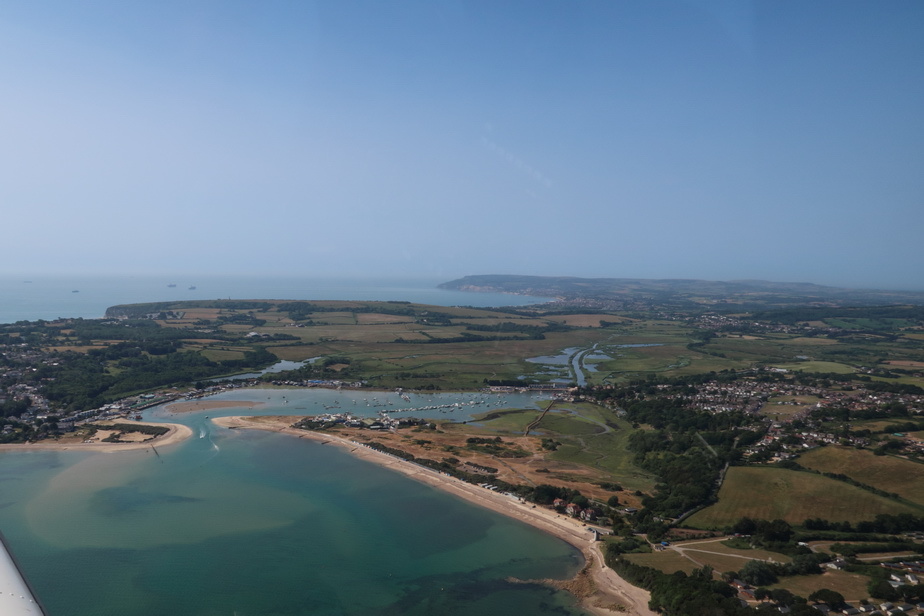 Parked up. The runway is not great due to the joins in the concrete blocks but is fine. The concrete to grass transition is fine everywhere I looked if you come off the taxiway but looks less good (due to the size of the step) if you come straight off the runway 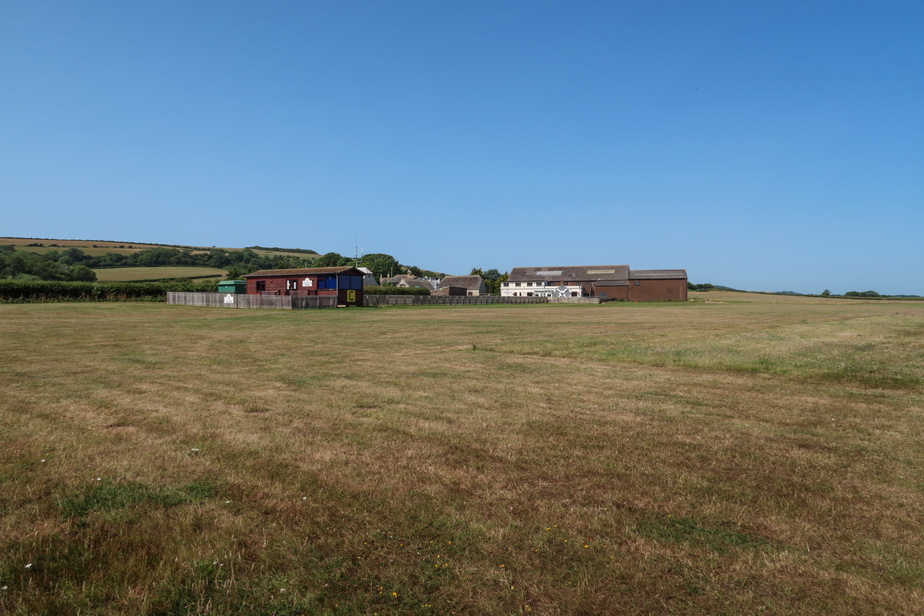 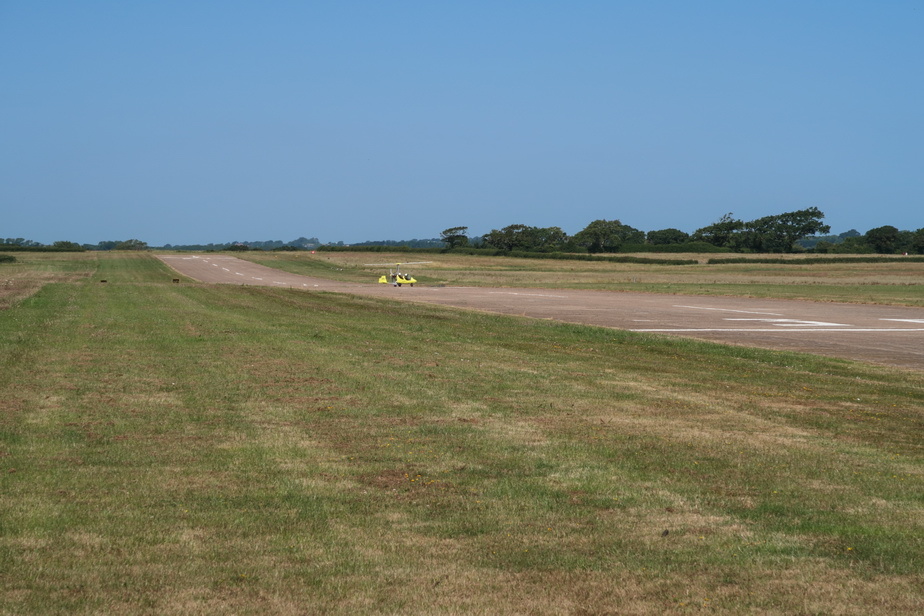 I walked to the “C” hut but there was nobody there and all locked up. No “honesty box” was found despite there supposedly being one; maybe somebody stole it? I just paid by BACS. The £18 landing fee (for 4 seaters) is great 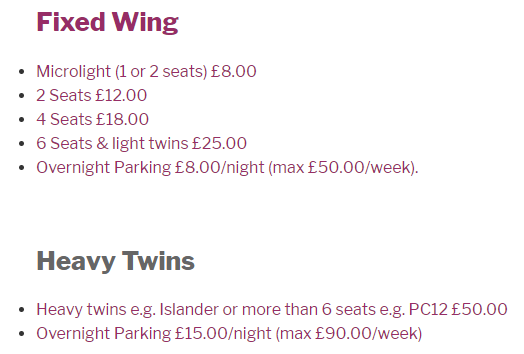 although the UK GA “boycott every place over £10 but moan when it closes” crowd, found in the usual places, says it is scandalous

This is the gate through which you exit to go into Bembridge; the more obvious route is to go past the Propeller pub which was totally closed due to virus but that is a long way around 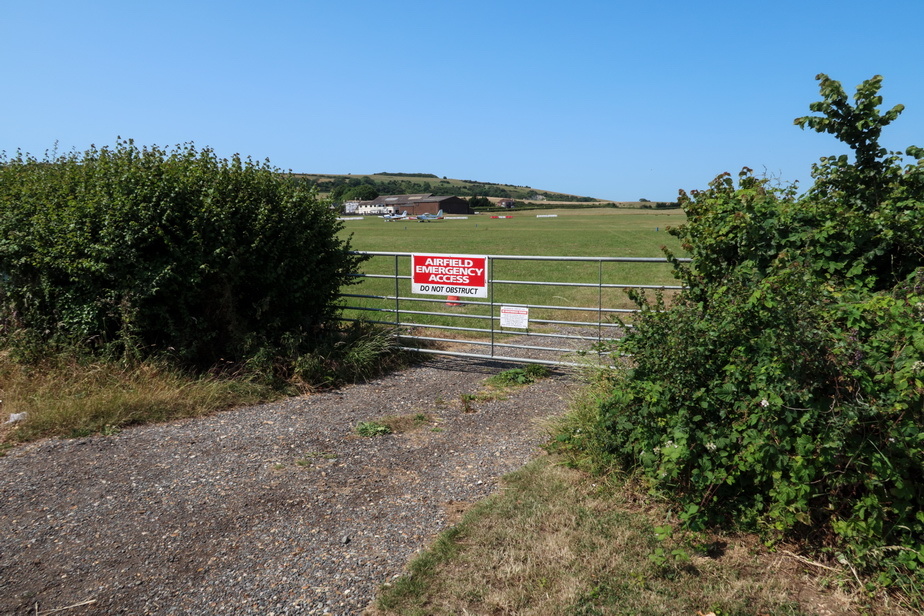 The footpath into Bembridge town. This avoids walking on the winding road where drivers try to kill you, but from comments I have seen I am sure lots of visitors to the airfield don’t know about it 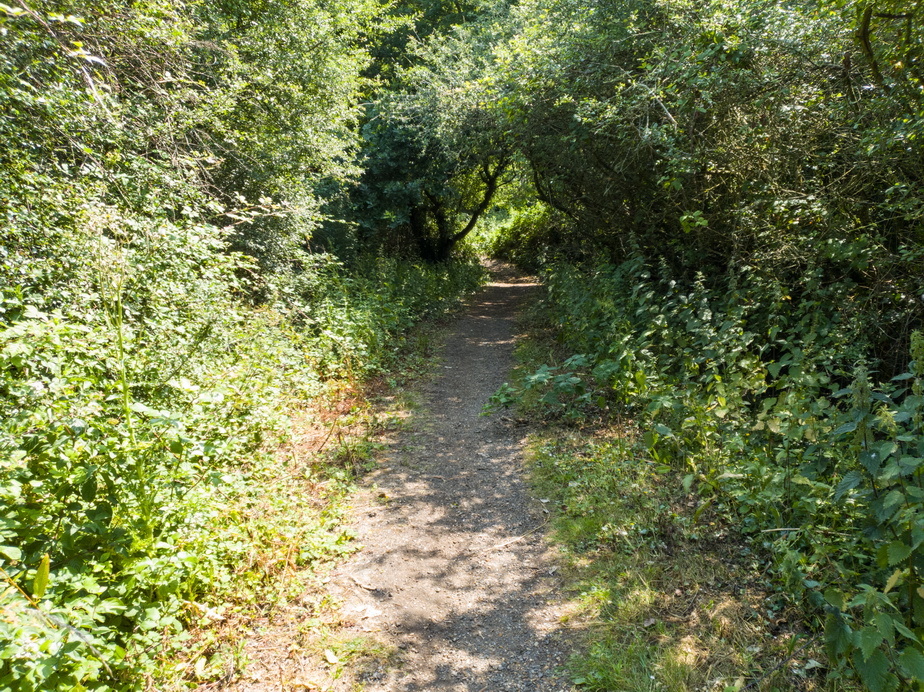 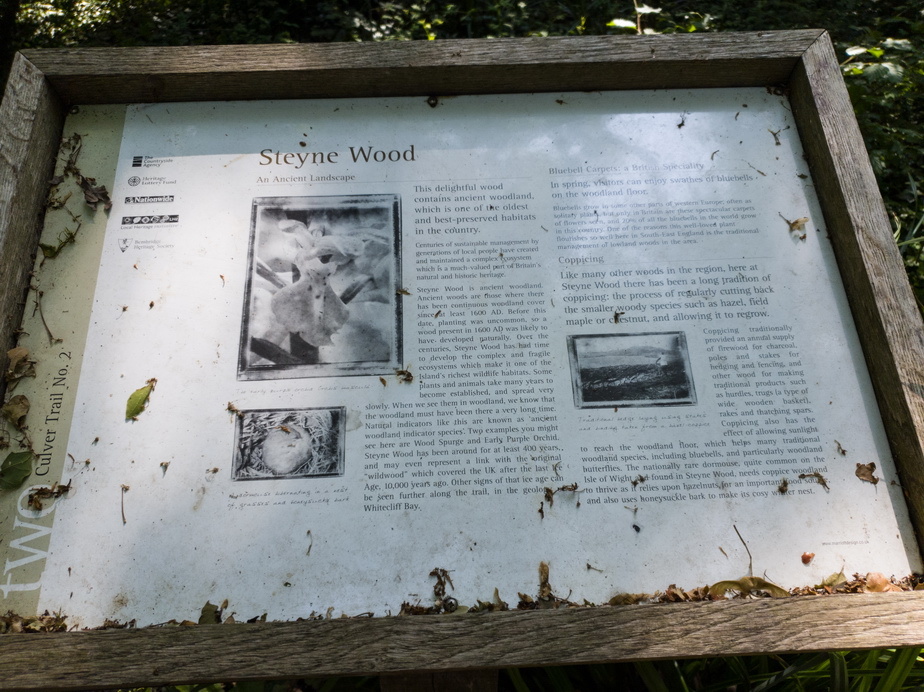 The path takes you past the famous windmill. Closed due to the virus… 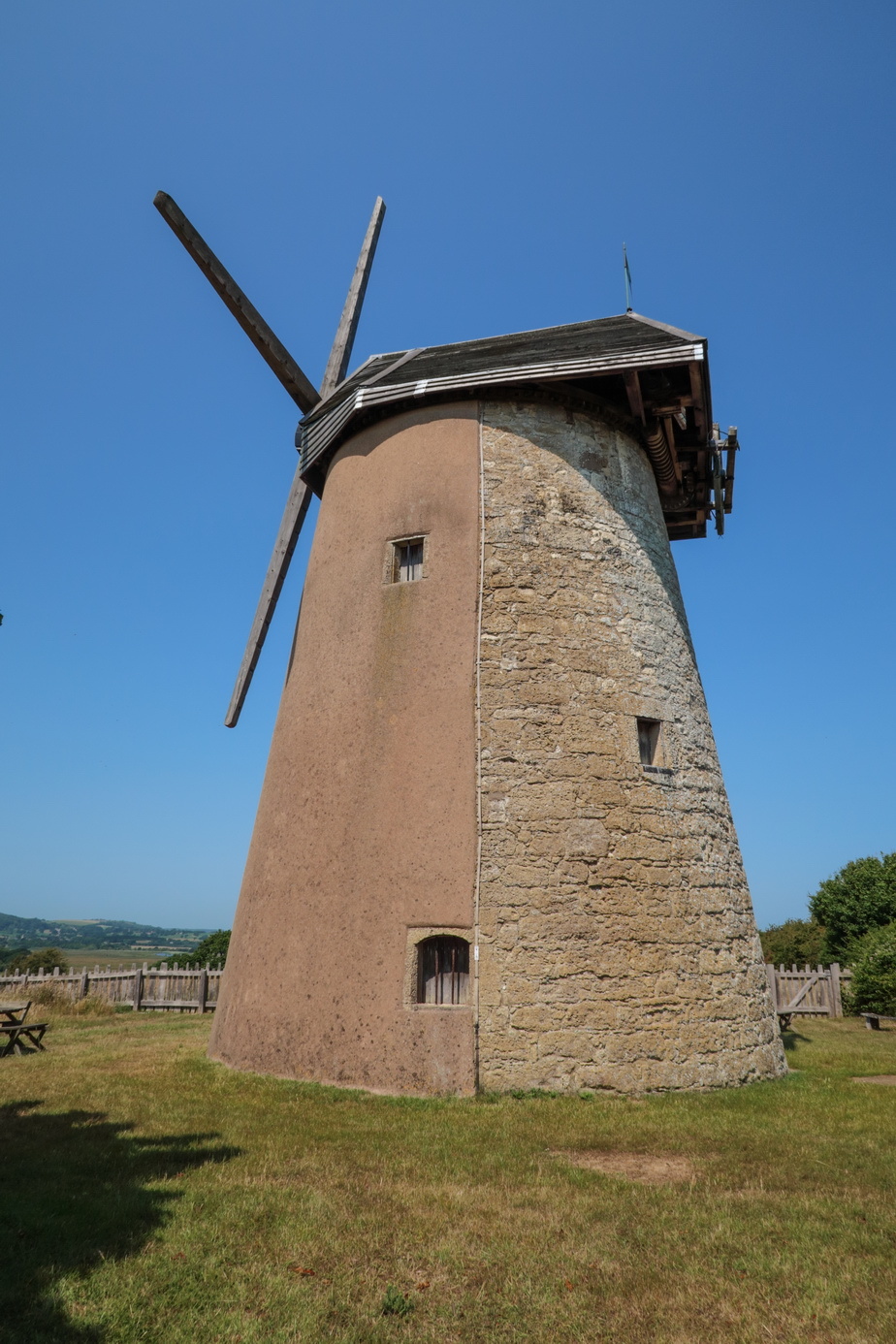 Some takeaways were open. The locals seem to be implementing a 5m virus avoidance distance with all foreigners 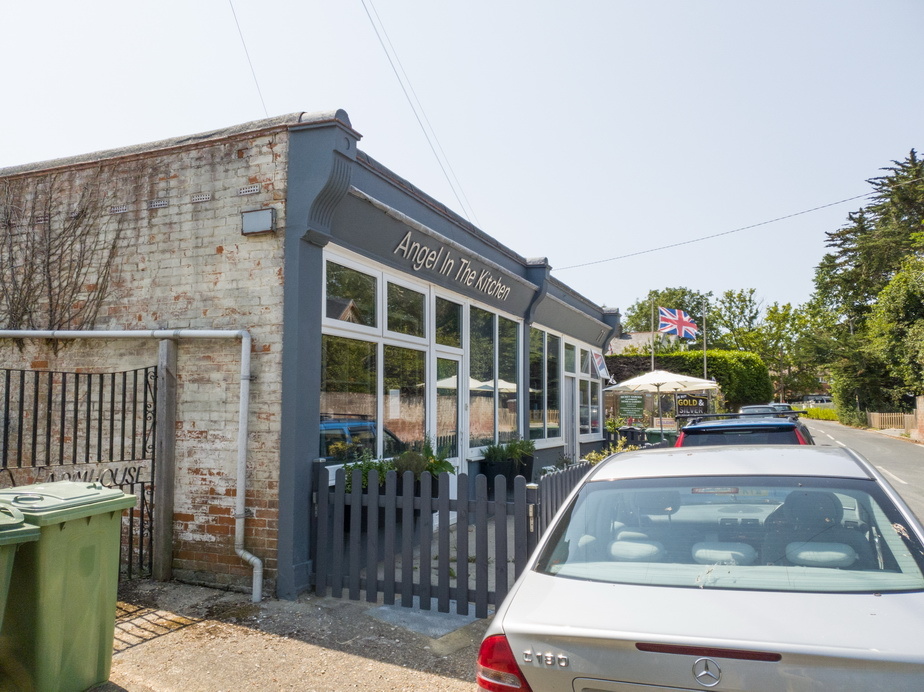 They have funny shops there

Rather quaint “old England”. I would have liked to walk to Ryde – a bigger place – but it takes a lot longer. Overnight parking is currently banned and the UK “guidance” is to not stay away from your house at night, but pretty obviously there are lots of places where wild camping would be easy, so long as the airfield doesn’t notice 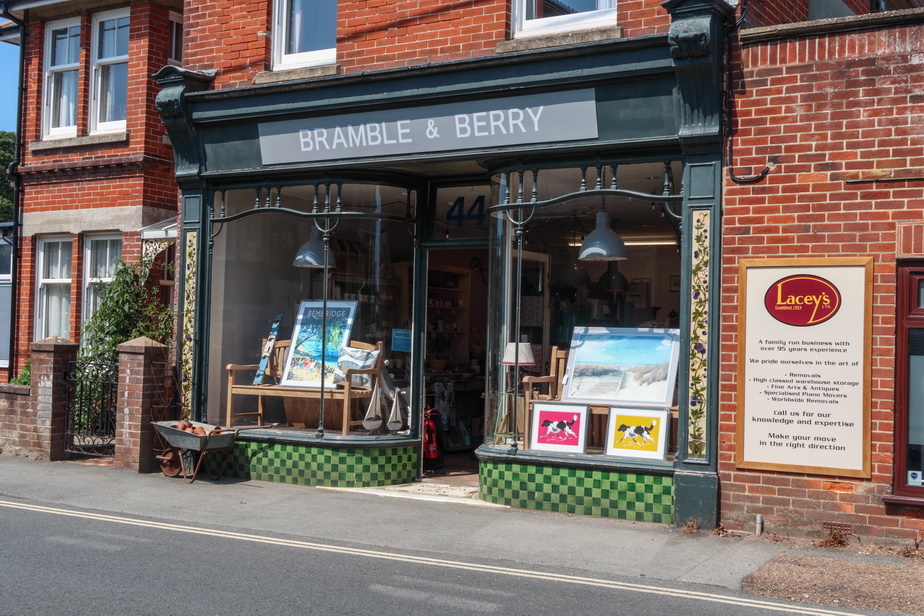 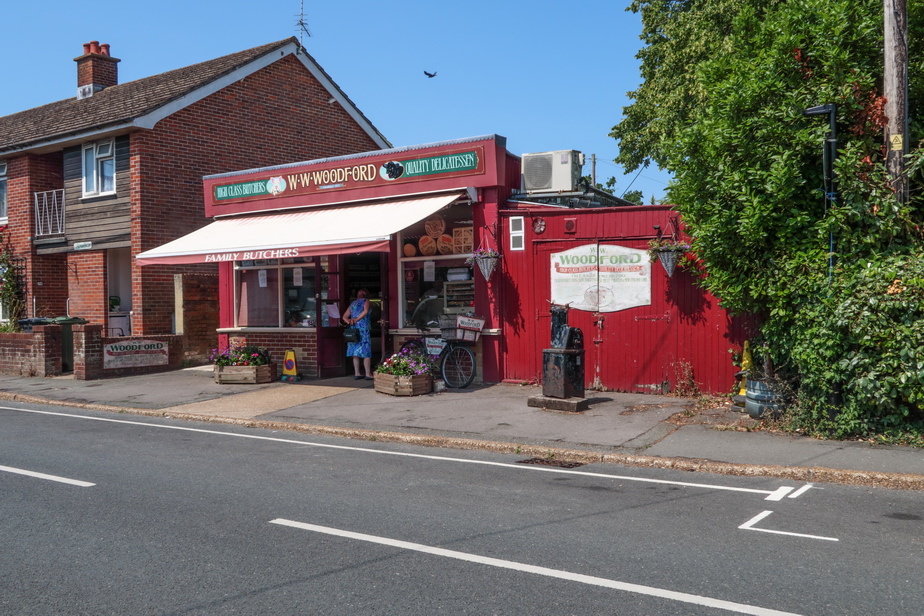 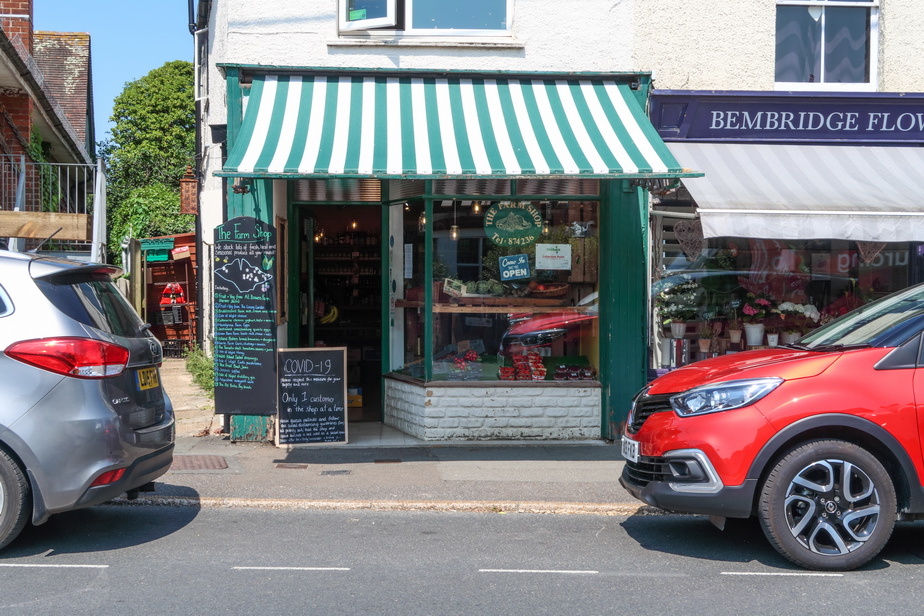 Lots of posh houses tucked away 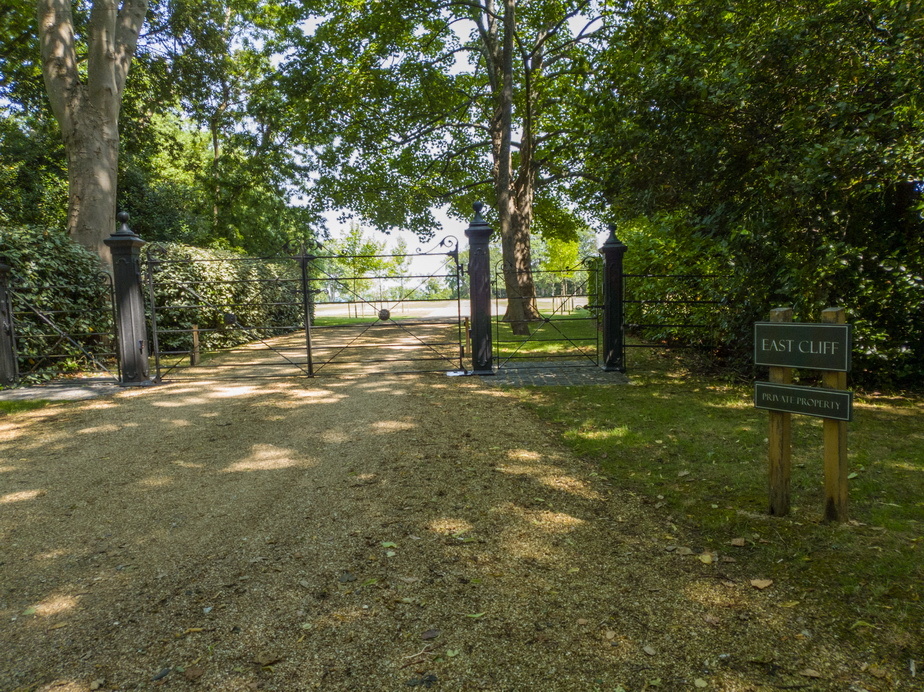 It takes about 45 mins’ walk to get to the beach. It was high tide so could not walk along it 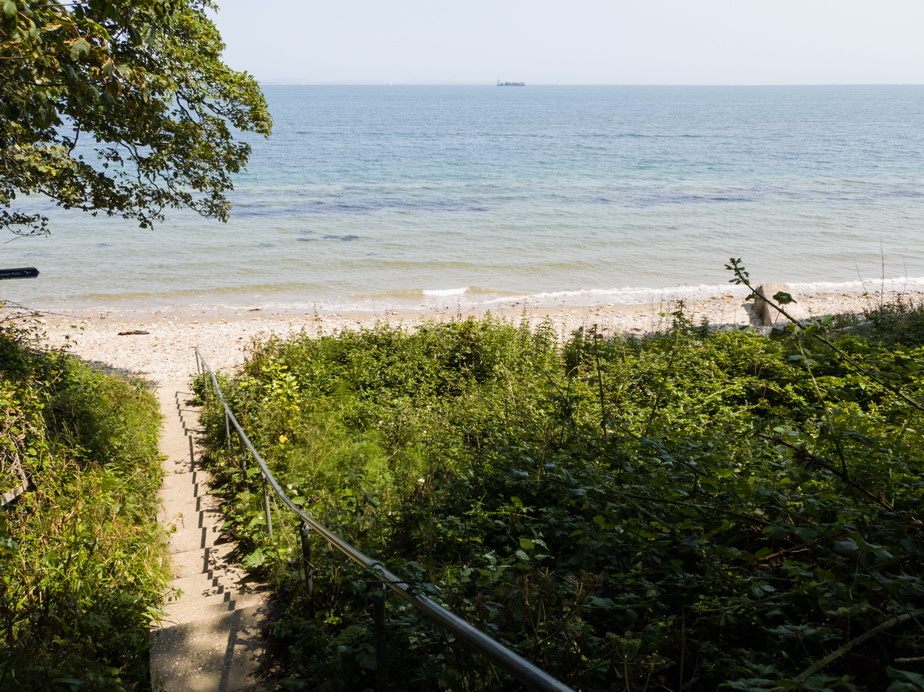 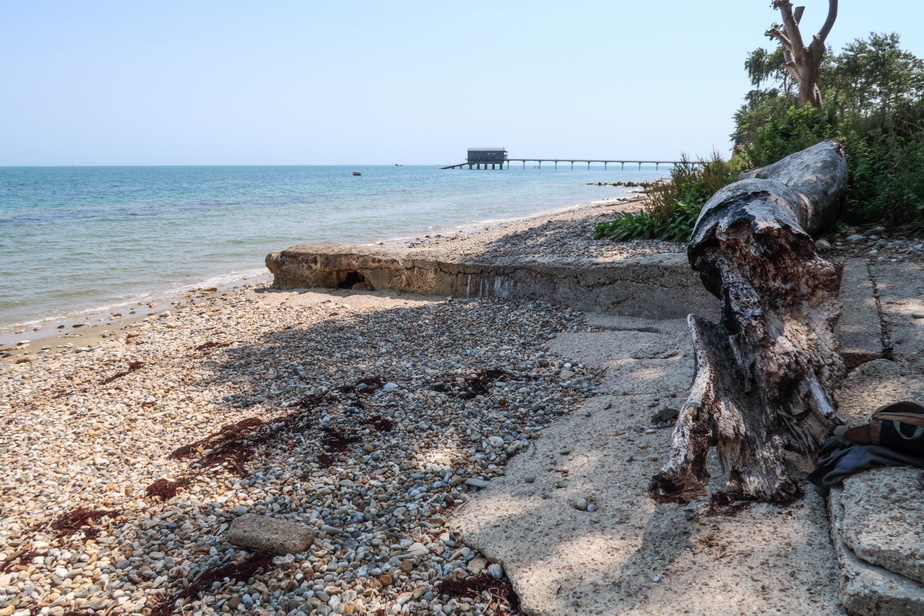 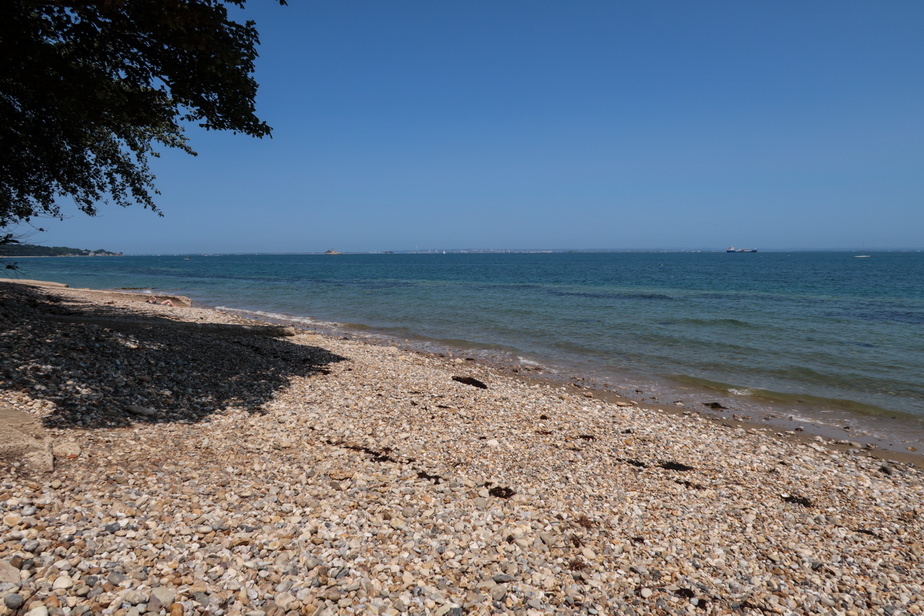 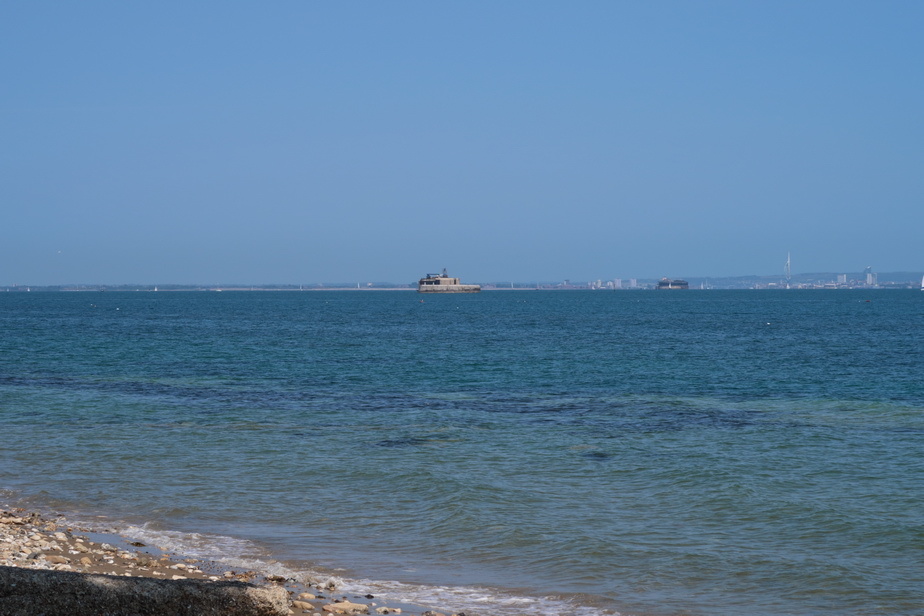 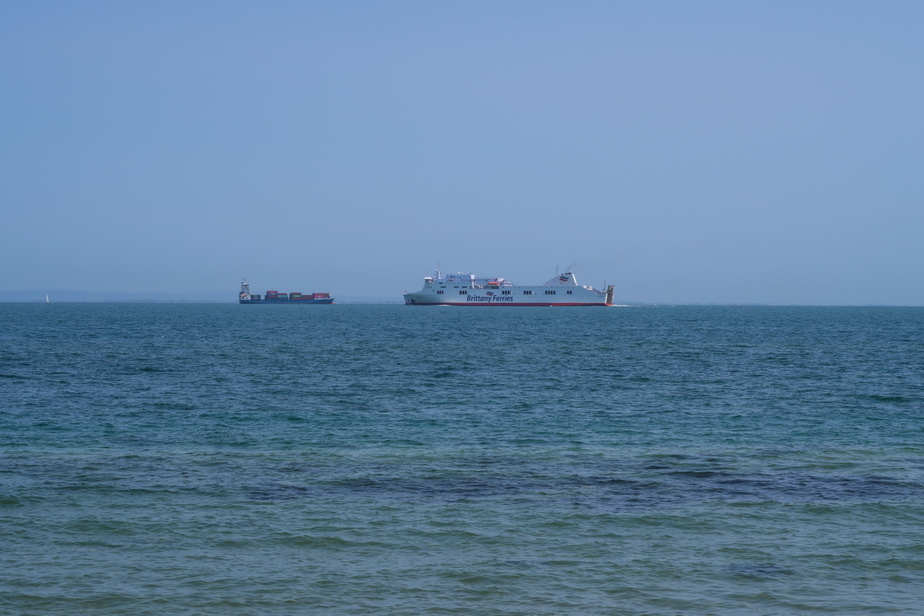 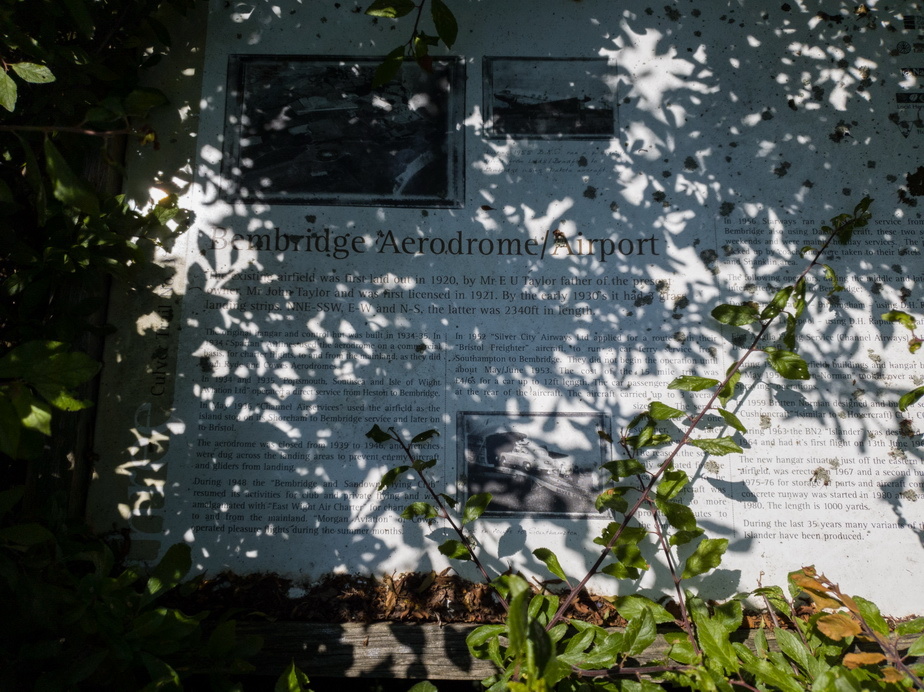 More GA arrived later in the day. Nice to see… 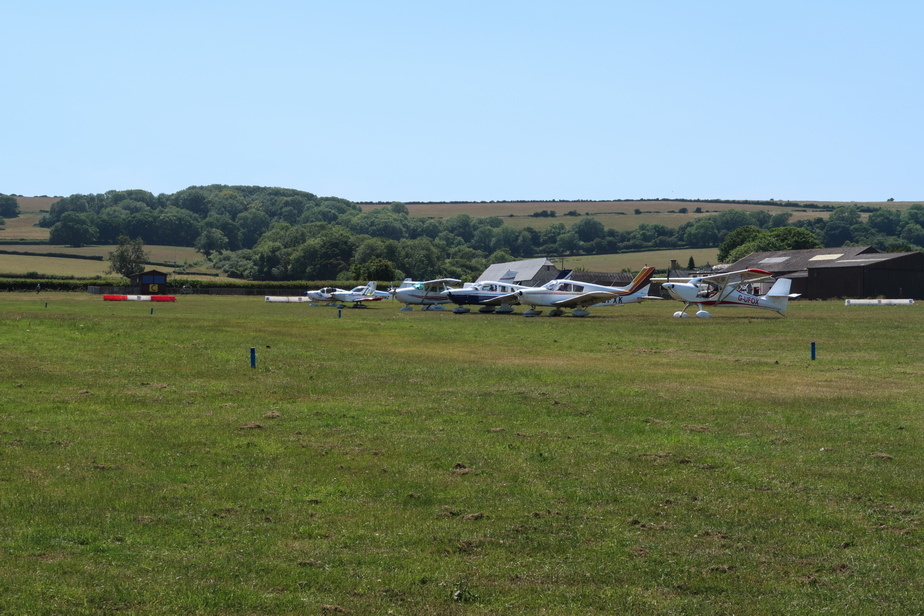 I ended up between a Bonanza (A36?) and a Rotax powered plane 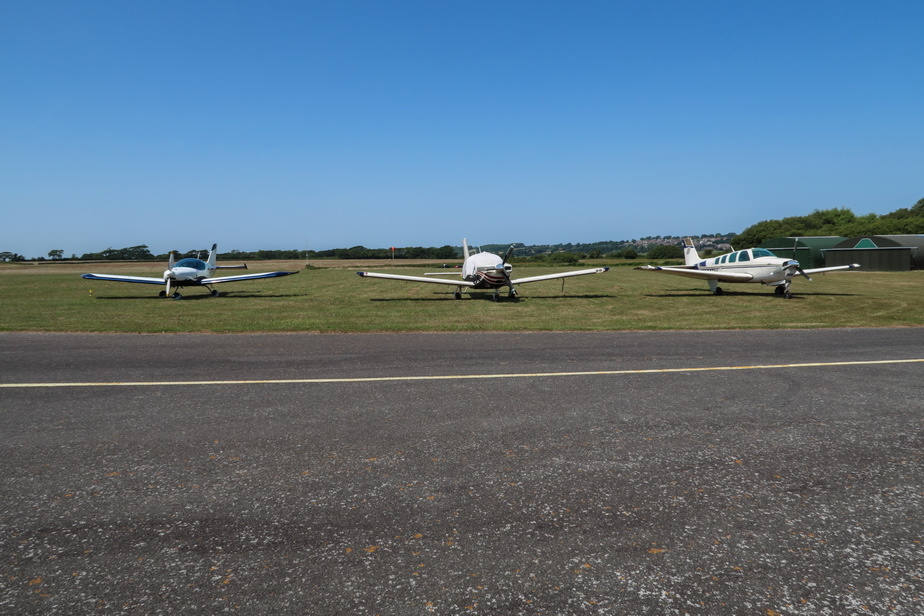 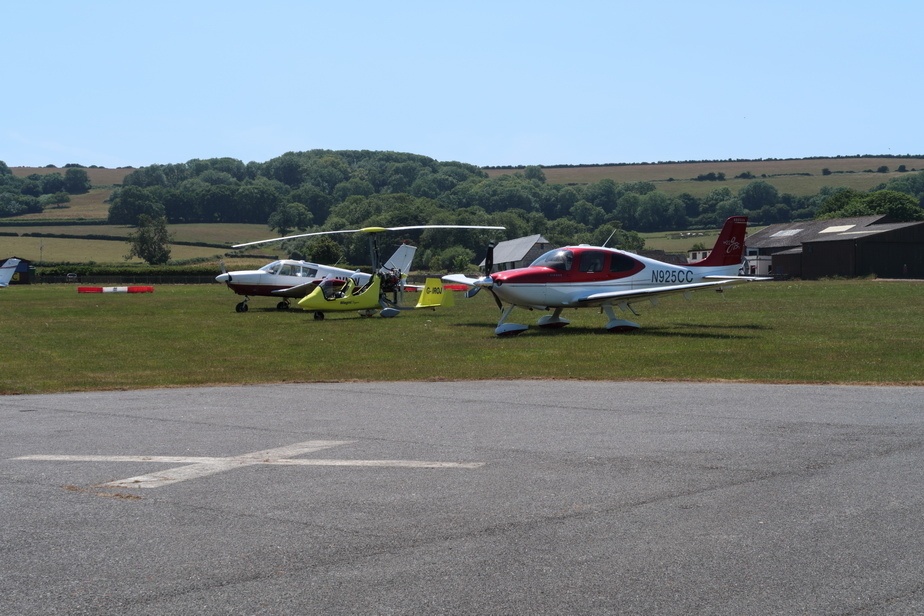 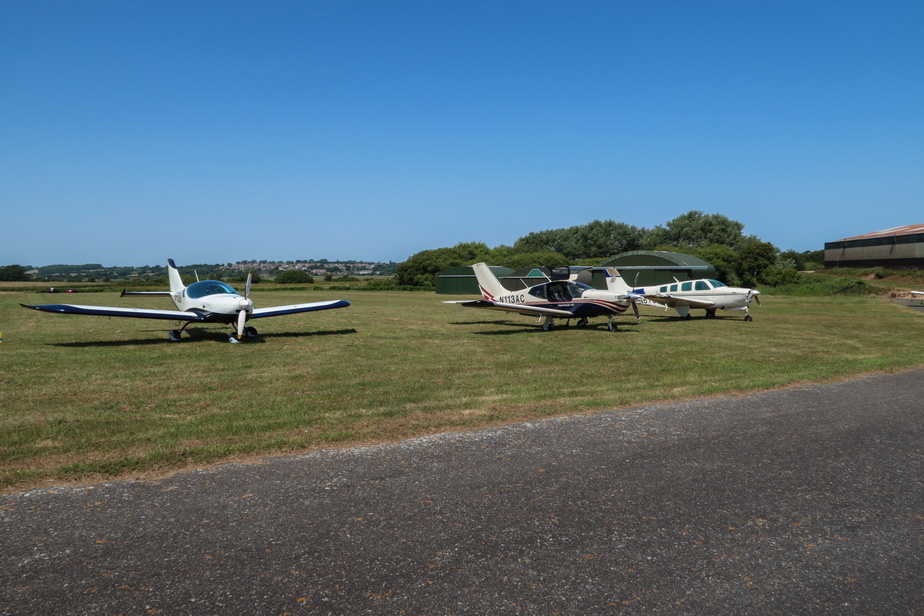 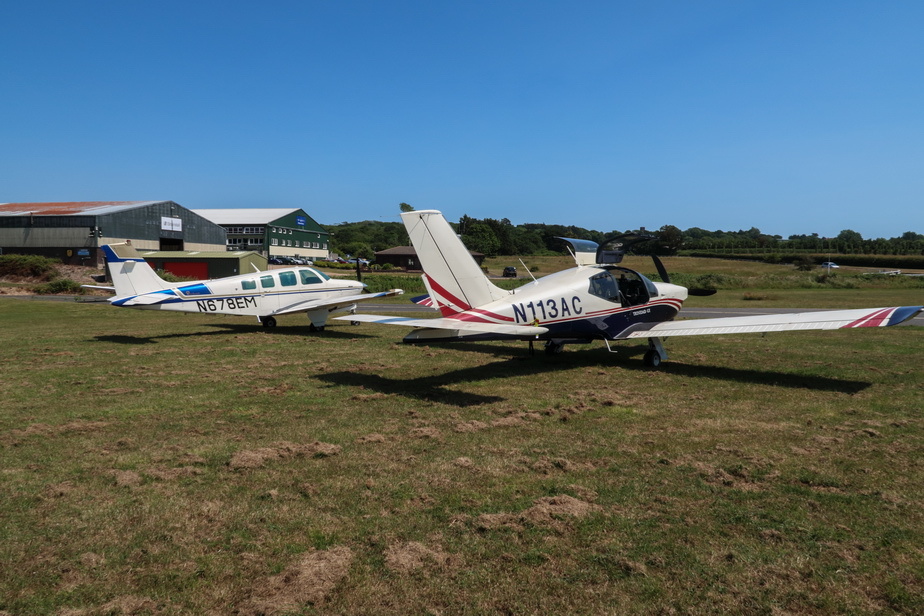 Some departure pics. You can see a clifftop walk which looks well worth exploring next time 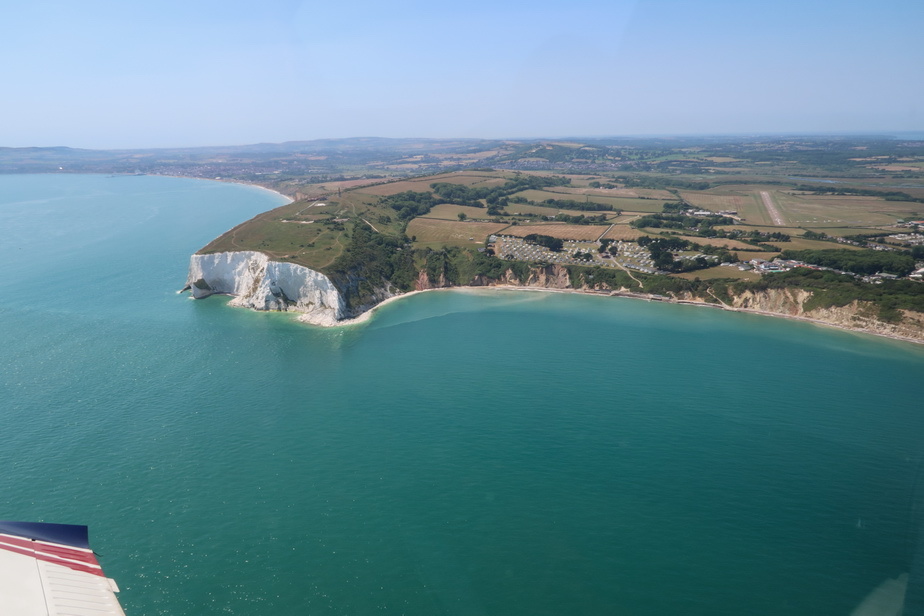 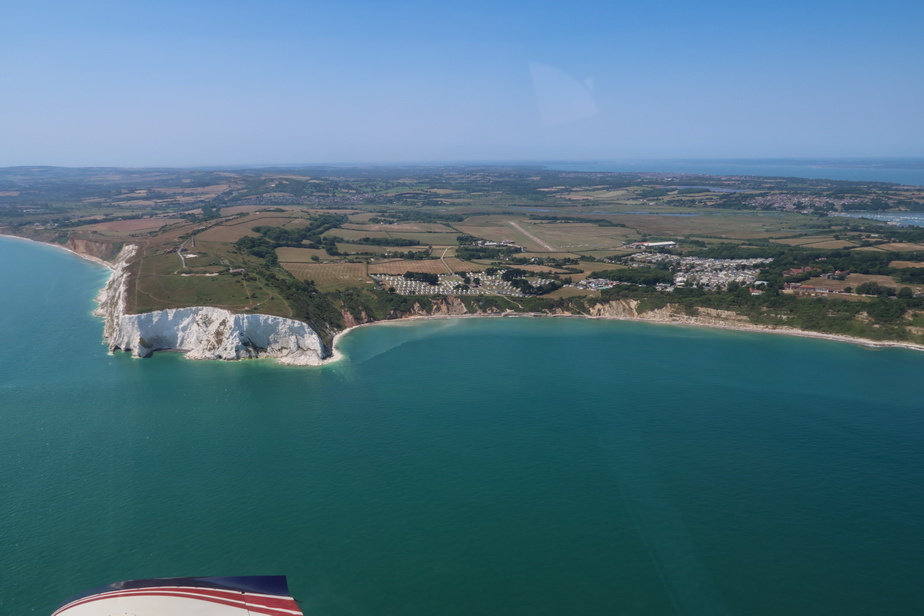 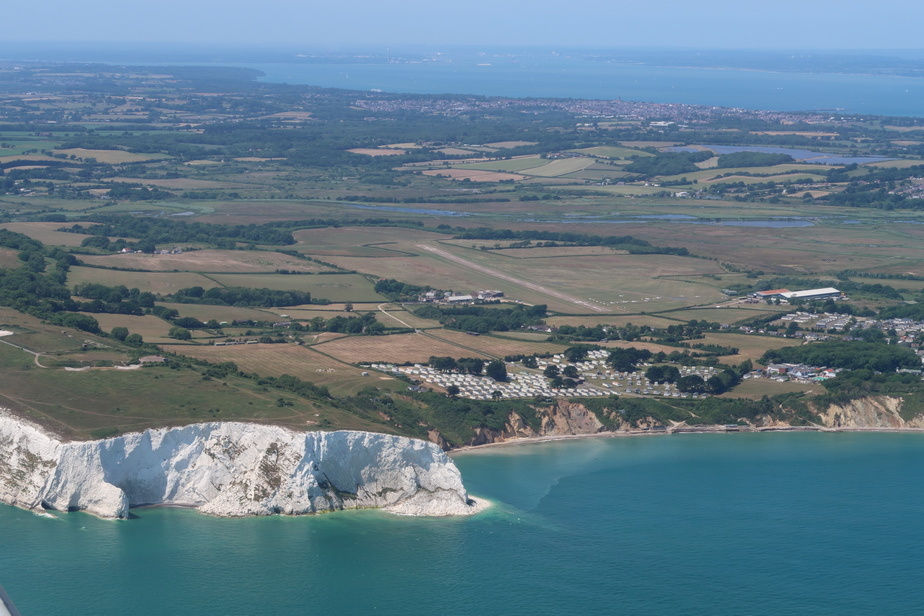 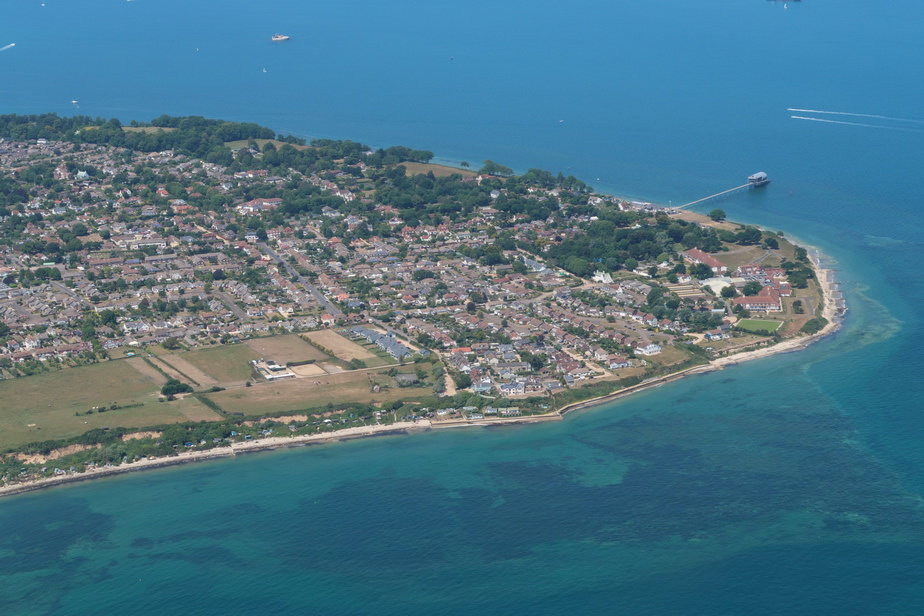 25 mins airborne time from Shoreham. Barely enough time to warm up the oil

so I flew past Shoreham for a bit before landing.

Bembridge is a really great airfield. We should do a fly-in there!

Glad to see you find some uk airfield that fills your need :)
This path along the cliff seems gorgeous. We would love to visit osborne house after watching a documentary on Queen Victoria. How would go from Bembridge ? Any bikes ?

A bike would have worked really well, yes. The paths are wide enough for a mountain bike and you would quickly get to Ryde or even Cowes.

The Scilly Isles are still shut, notamed until end of June. Will be interesting if they re-open then…

Of course I did a report on the EuroGA airport database here.

Once you come out of the airfield gate in your photo, is the footpath route down to the beach obvious or signposted?

Nice to see the relaxed atmosphere regarding opening time.

Many years ago I wanted to arrive “after hours” but was told in no uncertain terms that that would not be allowed. I guess BN still controlled the field then.


No “honesty box” was found despite there supposedly being one

The box is actually in the Propeller Inn, complete with envelopes and hand sanitiser. (Nice touch).

If one just wanted to walk to the beach and not Bembridge itself it’s about a 20min walk direct using the footpath and straight through Sandhills holiday park.

Really enjoyed the write up and photos. Thread drift alert but has there being an A36 vs TB20 ownership debate thread?

The Beechcraft retractable undercarriage has a reputation for toughness, of nearly Apache/Aztec standard, although the TB20 may have a comfortable cabin.

Thread drift alert but has there being an A36 vs TB20 ownership debate thread?

Not that I know of. The A36 was sort of on my list in 2002 but was too expensive, and I felt too dated even in 2002 compared to the then ultra modern “Renault”

The box is actually in the Propeller Inn

I had a look around and saw nothing. The pub was shut, of course and the whole place was dead.

There is no need for this, in the 20th century, given they respond on email and you can pay by BACS. No need to leave bits of paper with a £20 note, which somebody might then nick (which then requires another email to check whether they got it).

In fact they should take paypal.

What do you fly, David?

Nice to see the relaxed atmosphere regarding opening time.
Many years ago I wanted to arrive “after hours” but was told in no uncertain terms that that would not be allowed. I guess BN still controlled the field then.
Looks like a nice place for a flyin.

Yes; most “company” airports are run for the company…

They could have provided a better pedestrian exit. That gate is a bugger to open the latch on, especially when trying to avoid touching it with bare hands which is today’s antivirus procedure

Once you come out of the airfield gate in your photo, is the footpath route down to the beach obvious or signposted?

The footpath start is obvious; it’s a few tens of m on the left.

The best route to the beach is according to google maps

Probably depends on which beach you want. It took me about 45 mins but then I meander, taking pics, etc.

Seriously, we should have a fly-in. It is a “port of entry” via the GAR form. Well, almost nobody is flying today; people are still slowly waking up. Will have to be post-quarantine.

Sure, it’s not very 2020. But you post your cash through a letterbox situated to the RHS of the pub entrance and it falls a satisfyingly long drop. I’d expect it would be pretty hard to nick it, and more unlikely still given it’s the IOW.

Nice pictures, that sea color deserve a proper camera than phone, I landed just as you depart,

I was heavy loaded, so only went to my usual spot 10min from the airport rather than going for a long 1h walk to the sauvage beach part 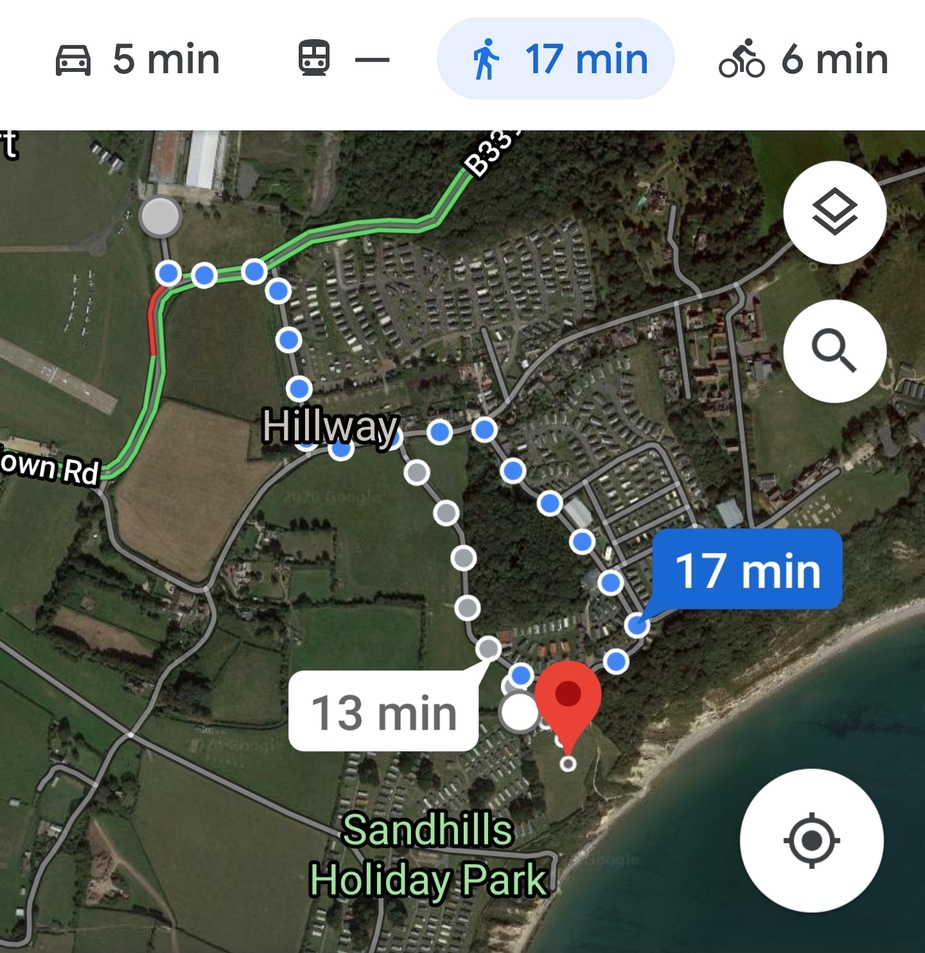 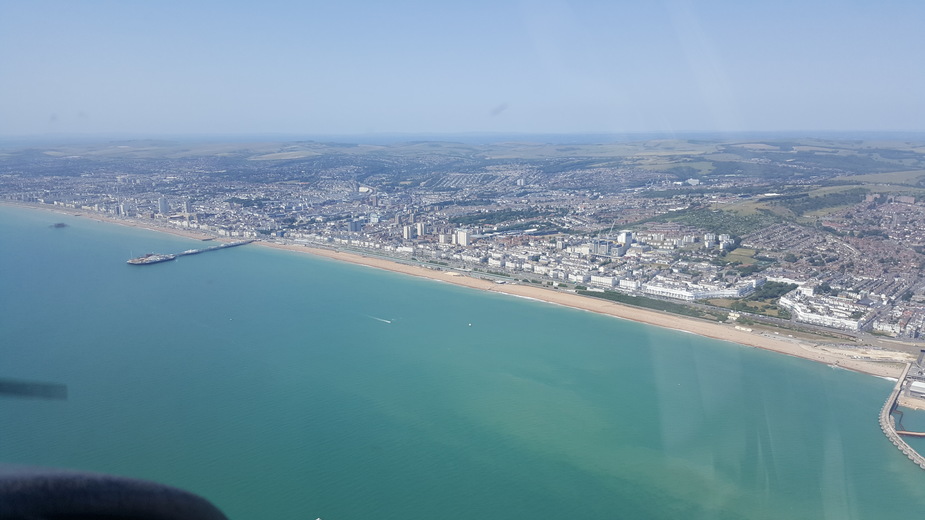 Ibra
ESSEX, United Kingdom
13 Posts
This thread is locked. This means you can't add a response.
Sign in to add your message

Corona / Covid-19 virus - airport and flying restrictions, and licensing / medical issues
"Fly2fly" from Egelsbach EDFE to Jersey EGJJ and Bembridge EGHJ
Bembridge EGHJ
Your first flight after getting the PPL?