Anyone visited recently? I am planIng a trip this weekend, in AIP it seems only IFR require a special authorisation but nothing about VFR

Sorry not very recent but I was there (4 years ago, VFR) and it was uneventful. They like for you to call 10 minutes before reaching the VRP for the entry route.

Was there last year.
Just filed a FPL (from Germany/EDMY) and went. No issue apart from an unprofessional controller who referenced and insisted on procedures not mentioned in the AIP/airport documentation and send me on a “sightseeing round” because he had forgotten a bizjet approaching ;-) only to complain when I flew (VFR) slightly different due to terrain.

Train to Lugano is nice (10min walk).
A gas seems simple until they add the taxes ;-)

If you intend to fly there IFR you must have the LSZA IFR qualification.
It’s not difficult to obtain it see the link below:

Pay attention at the notam, the new opening hours are:

Worth a mention that if you are arriving VFR then Lugano and Locarno are both worth considering. No idea of current pricing at either.

I’ve been there a couple of times. Stunning environment! I have always flew in VFR. There is a lot of glider activity in the area.
I came from Sion LSGS via the Simplon pass. There is a tiny bit of Italian airspace on that route. Make sure you file a flightplan otherwise you will be treated like a criminal

Thanks for the info, will be flying VFR to Lugano, from Toussus (LFPN) and adding customs stops in Annemasse then Sion via Simpson, which is not bad as it allow checking real weather on the ground rather than on the app

This is actually a very good time for a GA visit to Lugano, even if limited to VFR for almost all aircraft. As mentioned, special approval required for IFR.

After all airline service ceased, the responsible airport operator liquidated operations per end-May, I believe it was. A bit like going bankrupt except that they just gave all staff notice in good time and then terminated company operations. The airport is owned by the city, I believe.

Of course there are political interests to close the airport and use the spot for other uses, and there will likely be a vote on the subject in the near future. But the city stepped in to hire enough staff to keep the airport operating in the meantime and since there is no airline offering they are trying to raise revenue by encouraging GA, which was not the case previously.

This sheet has been distributed around Swiss airfields: 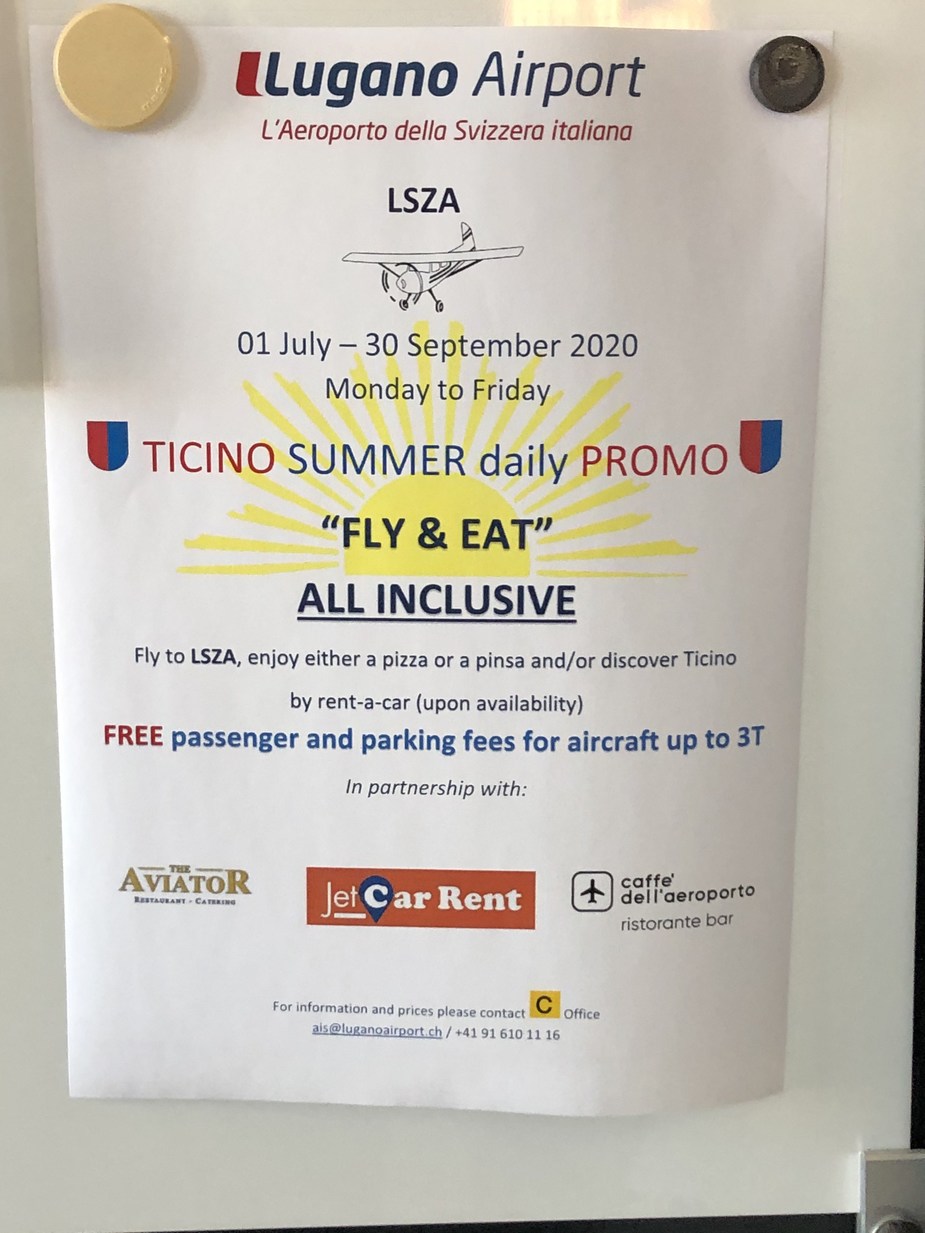 Lugano LSZA is still an Apt of Entry, so can be flown to/from anywhere direct, and has both Avgas and Jet A-1.

More details on the Lugano offer: 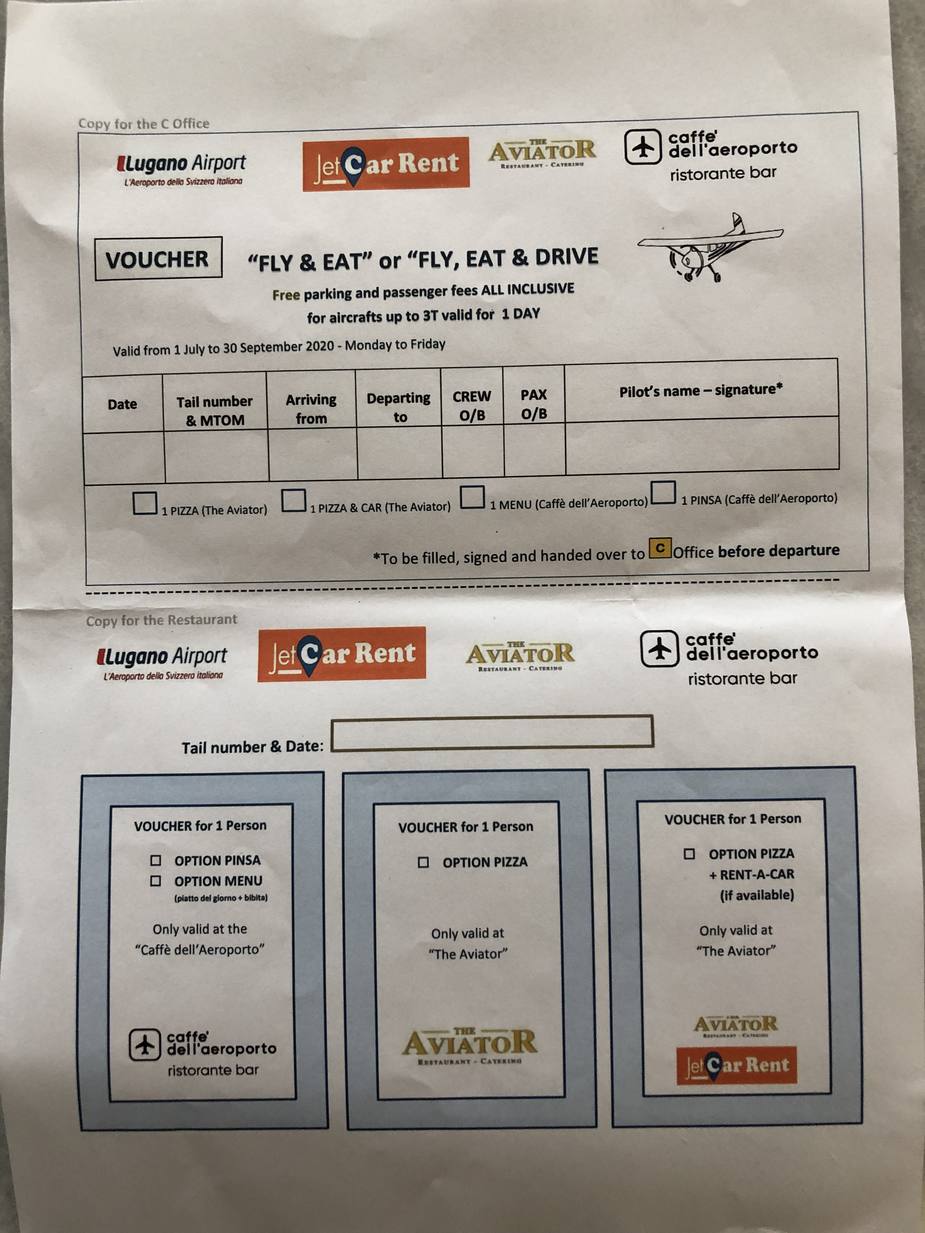 I assume the 3+ ton fee is less due to indirect profitability?

Snoopy
EASA CB IR Training
Europe/Austria
13 Posts
This thread is locked. This means you can't add a response.
Sign in to add your message

Bolzano LIPB - how to get from STAR to the IAP?
Airports and subsidies
Cessna 501 or 551 Single pilot versions. What is involved?
Airports that require special qualifications