I just posted a trip report to the area where we would go next week, in a final attempt to lure some more of you folks to join in, although we have already a nice group.

A nice picture of the airport at La Seu, with a clear view of the undershoot, similar on the opposed runway 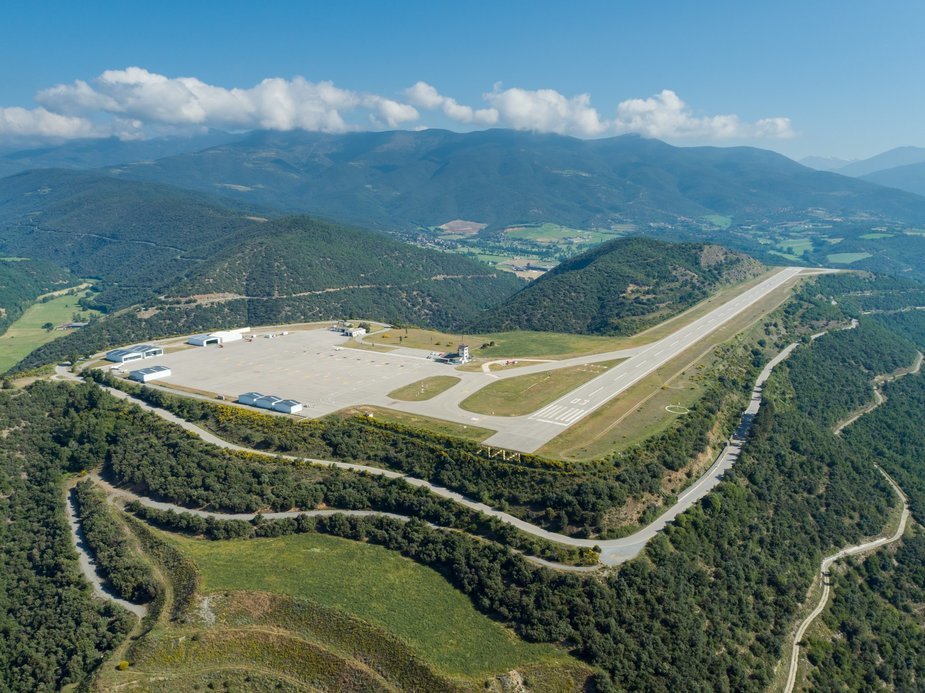 But… where are the localiser antennae?

Of course there is no LOC on this airport, there just is GPS for the high-angle LPV , but it lets you do a visual final approach from 1500ft AGL down rather than guiding you to the runway.

Interestingly, there is a PAPI (you can see it on the picture, left of the runway) but its use is officially not recommended within the last 1nm on final

.You should try not to get distracted by the undershoot and concentrate on the threshold, I guess. Anyway there is plenty of runway so no need to hug the undershoot on final.

For those trying the LPV, beware the GS is 7.7% or 50% higher than standard so high-drag required for good speed control. This is a restricted approach but you can still try it in VMC and VFR with ATC approval.

I was being funny

Yes, a RADALT-driven GPWS would just prompt you to go around in the face of the alarming vertical speed indication on short final

No RESA – this airport would never get licence in Croatia

Smart people from Croatian CAA shortened published distances at my base airport for 119m because RESA on one side was 60m instead of required 90m. The explanation was that Croatia enforces stricter rules than ICAO recommendations. What a joke – a country with 10 airports and 50 flyable aircrafts and CAA with 100 employees.


What a joke – a country with 10 airports and 50 flyable aircrafts and CAA with 100 employees.

The only detailed ramp check we ever had was in Croatia and the 2 seemed to have all day waiting for a few planes ;-)

There is a new issue with LESU – discussed in the telegram group.

So, a few of us will sit at Beziers LFMU until 1300 UTC and then depart on the ~1hr flight to LESU.

There is something else on Saturday (tomorrow). It appears the airport is closed 1100-1430 UTC.

It does just about work out for my flight from the UK. I just hope French ATC is not on strike again, or I get a big CTOT for some other reason.

We have a nice size group – about 6 aircraft. I think all those turning up are in the telegram group.

I think I read that Notam differently… it just reads that the AFIS and FIS are active during those times, not that the field is closed. Unless you insist on having someone talk to you on the radio

Dan
Life's short... enjoy!
LSZF, Switzerland
122 Posts
This thread is locked. This means you can't add a response.
Sign in to add your message