I admire the (financial) courage to buy something in the US, the NAT ferry seems to be the fun & the easy part

In the K35, the fuel amount returned to the left hand main tank is much higher than 3-4 GPH.

I I did this flight alone, I would DEFINITELY carry at least a turtle pack for safety. As you say, a lot of things can happen enroute, and knowing you have a few more hours of fuel with you in the cabin is worth a lot, in particular if your fuel system only holds 63 gallons.

Robert
If you like V Tail Bonanza’s you should watch the last 5 mins of ‘Born to be Bad’ 1950 film, this one would have been new at the time

Have a good trip getting the aircraft back and if you want a pile of old ABS mags (American Bonanza Society) please let me know. 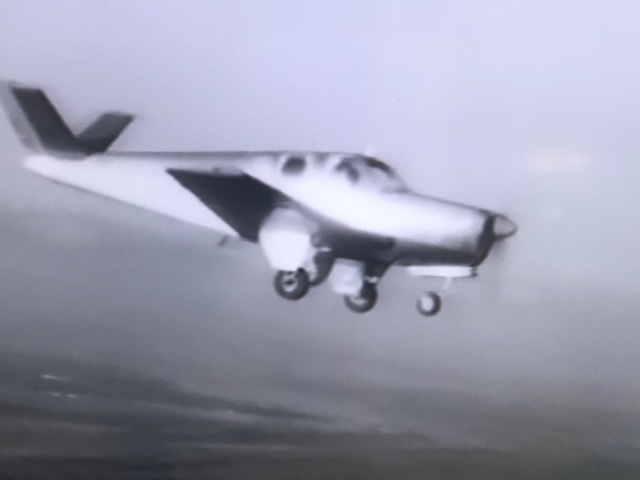 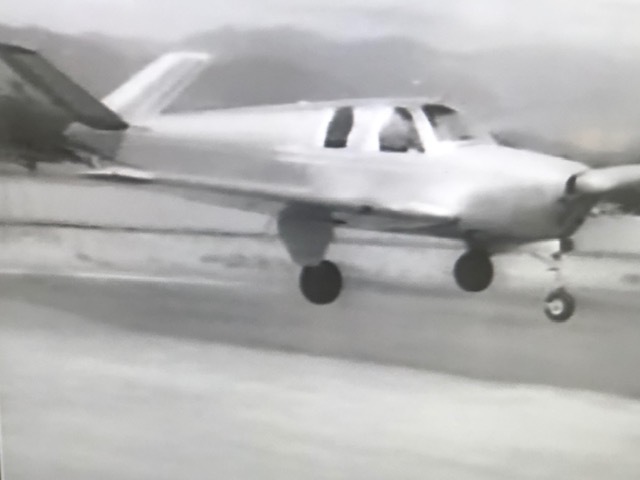 @boscomantico you are right the POH says 10 USGPH returned. Will play with spread sheet, but the placard on the fuel selector will say use 10 USG on the left main first, then AUX second. Which implies the left main will be full again when you have used the 19 usg AUX. You then use another 10 USG or possibly more, before switching to the right main.

@GRIFF will look it up, thank you.

Currently waiting for the insurance quotes.

You can get drums of AvgAs shipped to Sondre Stromfjord and even Kulusuuk ahead of your arrival, but it’s not cheap. But I’ve heard of a few who have done that.

@AdamFrisch I plan to hook up with an RV-8 and a C182 in Montreal and make the crossing with them. Will also have TurtlePac 25 USG seat drum in the event I have to divert to an airport without AvGas.

My spares kit will be a couple of boxes of oil, inner tube, tyre, pump, a couple of spark plugs, tools.

Insurance quotes came in and reasonable for the aircraft itself, but somewhat eye watering for the actual North Atlantic crossing.

Now figuring out the escrow process with the Trustee. The insurance cover in North America has the trustee as policy holder, but in Europe, and for the crossing, my company is named insured.

Have been using John Eckalbar’s equations to figure out what might be the improvement in speed, or reduction in power required, compared to the Bonanza G33. This has the IO-470N engine and is a Bonanza with a Piper tail, but performance charts are at 3300lbs, compared to the expected cruise weight of the A33 of around 2750 lbs. The G33 has the M35 wing tips which provide slightly better aspect ratio (around 3 square feet more of wing). But using Eckalbar’s formulae, the A33 either will use 93% of the G33 HP to achieve the same speed, or at the same HP cruise around 4 knots faster. In theory 160 KTAS at 11.5 USGPH, or 65%. This version has the speed slope and cowl flaps mods, so arguably has the same airframe clean up features over the original Debonair, as the G33. The original Debonair had fixed cowl flaps half open, and old style windscreen. Typically owners of the 225 HP original Debonair plan to cruise around 145 KTAS on 11.5 USGPH. Book 65% at 6,000 feet is 148 KTAS. No doubt the truth is somewhere in between, and 150 KTAS and 12 USGPH may be a likelihood.

Hopefully Monday escrow is set up. Probably needs a legal style list of parties, but figuring it out. The company that will own it will be the named insured on the USA policy with the Trustee additional insured, using the Trustee’s USA address.

I worried the usual 100 hour ADs on the type (up roller tension, visual inspections) would need a refresh, but it has 70 hours to the next 100 hour cycle.

Drilling down on the ferry cost (special cover insurance, air fare out, fuel, hotels, logistics, emergency equipment) I estimate not a lot of change from $20k.

A modern F33A would cost around 75% to 150% above this example. I will do a pro and con on this trade off in due course. This is a priori based on not yet owning and operating a 60 year old complex type!

My main rationale is that as the type developed the empty weight increased, and in certain areas the airframe got beefed up. Also CG envelope made some later examples three person aircraft. This 1961 has an empty weight/HP ratio of 7.1 lbs/HP, with a useful load of 1150 lbs and a healthy CG empty. In effect the earlier example is a four person, some baggage, full fuel aircraft. A modern F33A comes in around 500 to 600 pounds heavier, or around 8.5 lbs/HP, and around 1,000 lbs plus useful load. A tip tank STC or a Continental IO-550 gives a boost to MAUM to a F33A, but takes the type out of the Utility category.

Advantages of an F33A over the early Debonair makes for quite a long list.

So what might be the advantage of the earlier Debonair, apart from lower price?

At the end of the day the example I hope to close on has dry country history, upgrade and recent OH powerplant, full logs, speed slope, cowl flaps, ten year old paint. The closest example of an F33A with recent OH but needing an update of avionics, would cost around 100% more plus.

Received a quote on the container option. Interestingly it is an approximate wash compared with the ferry flight, assuming the owner carries out the ferry flight. Not counting all the ancillaries due to disassembly and reassembly, customs agents, etc the container freight cost itself is around $14k from the west coast to the UK.

Does it make a difference flying it to the east coast and shipping from there?

NCYankee
KUZA, United States
82 Posts
This thread is locked. This means you can't add a response.
Sign in to add your message

Mooney makes a comeback
Dynon Skyview HDX got an FAA STC
60 year old ex Army Pilot getting back in the air?
Are all UK/LAA homebuilts safe?