Few days ago,I had a conversation with airline pilot about how great Croatian islands' airport were - always higly above instrument approach minima. Two days ago I learned myself how actual situation could differ then this assumption. I planned one-day trip to island of Brac, to take some pics for flying school and to have some fun. The weather forecast was ok with instrument departure, flying at F110 above stratus layer and reaching clear sky before descent to Brac. However, it turned out to be little bit different than planned. Reaching Split and descending to 8000 showed that no clear sky would be find in the area. Latest weather report for LDSB was OVC015 (some 500 above minima) with light rain. When I entered NDB approach procedure for RW04, tower reported worsening situation compared to last METAR. When completed racetrack and turned to final track at 3700 I realized that missed approach would be highly probable with landing to alternate LDSP (Split - almost at sea level and with ILS approach). At 2850 (90 feet above OCA) I finally saw runway lights, reported runway in sight, continued approach and landed. Picture below shows everything. 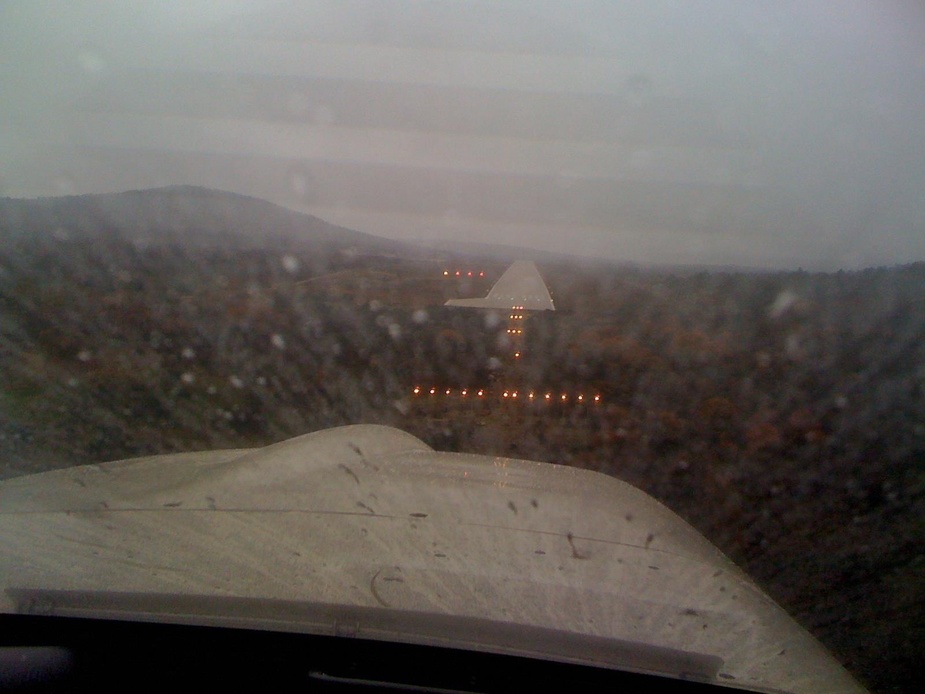 While refueling the clouds continued to press down and temperature to drop down, so I decided to depart ASAP while I had enough horizontal viz. At 500 AGL I entered clouds with mild icing at 8000. Luckily, at F100 I topped stratus and continued flight back to Zagreb with no problems, passing overcast at 4500 and completing ILS approach for RW05.

BTW Brac is the sunniest Croatian island with more than 2700 sunny hours yearly :)

Icing, cross-wind, rain, overcast, minimum - it's enough for one day :) BTW there are some nasty hilltops around this airport.

A German (or so I assume) commenting on the way the Brits would appreciate weather in Croatia - this forum truly has the Pan-European spirit! Huzzah! }:-) 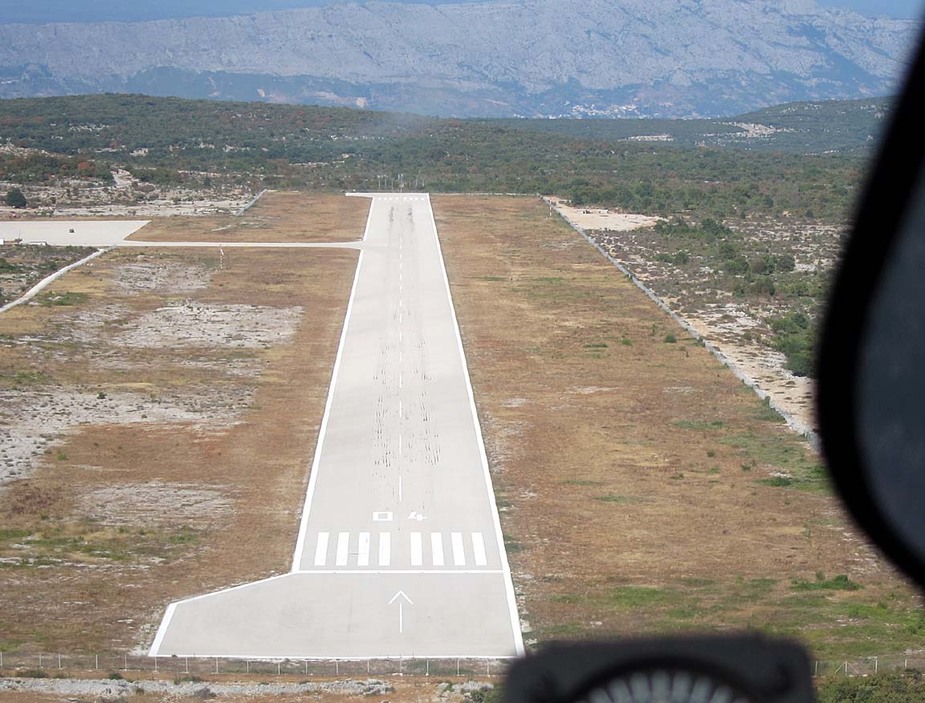 Brac is probably my favourite airport to fly to from the UK. We spent 5 nights on Brac in September on a trip to Greece. From Brac, a TB20 can easily reach anywhere in southern Europe, even Egypt.

:))) I decided for lower approach after passing small hill because of runway surface conditions ...

Peter (or others...), have you any idea about the general state of their smaller fields? As a microlight flier I think the big airports a bit overwhelming, most won't accept my type of craft anyway, bein in controlled airspace. What about grass runways in Croatia, and availability of MoGas?

What about grass runways in Croatia, and availability of MoGas?

Grass fields are OK, although every dey less and less maintained - there are some exceptions depending of level of activity of local clubs. However, re-fueling is basically available only on big airports and MoGas is unavailable there. Maybe you can arrange something if you know local people ...

I very much share your enthusiasm for Croatia. One of my favorite destinations, although the airport fees are quite high. With Croatia about to join the EU and Schengen, I would expect that the Customs situation will not remain like this in the future.

Yes, that concerns me too. They would have to join Schengen too, for it to be an issue.

However, what is "Customs" really? Unless you are into job creation (a popular activity in aviation) it is 1 (ONE) policeman. And they already need a policeman hanging around an airport... they would be stupid to drop "Customs" since it won't save them any money.

If Croatia removed Customs from all those airports, they would lose direct flights from/to UK, Switzerland, Greece, and all of outside Europe.

They may judge the UK is not important. It is after all beyond reach of most GA aircraft. But Switzerland surely is important. While I have not seen any significant number of Croatian tourists at the airports, I have seen plenty of Germans popping over the Alps, and one would think the Swiss would fly down there too. Brac for lunch is easy

I can see why France dropped Customs from so many airports recently. In most of those cases, they were never there in the first place. They were roaming around, mostly just sitting in some office, looking at inbound flight plans, and maybe some "intelligence" info, and every once in a while they would jump into their €5M helicopter and "say hello" to somebody. So it was an operation with huge fixed costs, which begged to be "looked into" and as soon as somebody looked into it, they would find a load of people doing mostly absolutely nothing.

Peter
Administrator
Shoreham EGKA, United Kingdom
24 Posts
This thread is locked. This means you can't add a response.
Sign in to add your message