I’ve had a trawl through previous threads but am still a bit confused.

I’m looking for an AVGAS refuelling stop in mid/northern Italy/Balkans in a couple of weeks. Driving a PA31, I need at least 800m (realistically 1000m) of runway to be sensibly safe. I’ve previously used Pisa (expensive) and want to keep my options open as far as the Alps are concerned. Having departed Heraklion, the aircraft will be getting a bit thirsty somewhere North of Rome. Split/Dubrovnic is a sensible and previously used stop but I would prefer to go a little further West to keep Southern France as a viable option. 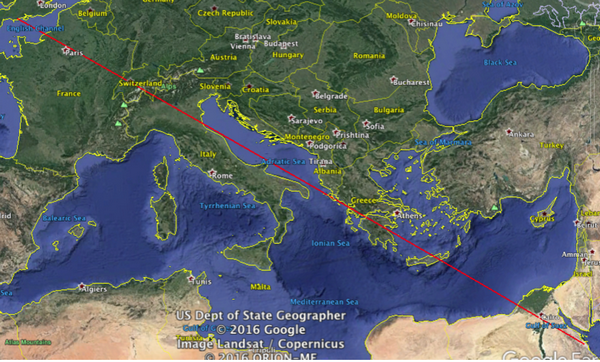 Perugia has among the cheapest avgas in Italy and is slightly north of Rome.

I would forget Italy and the 100LL hassles… down the Adriatic you have a long string of airports, each with 100LL, customs/immigration, and everything “just works”…

In N Italy there is also Trieste where I have been a few times but their avgas pump was at the end of a long narrow track and a larger aircraft would be unable to turn around under own power. I don’t know if anyone has been there in recent years who could confirm whether they have improved that Mad Max pump

Then there is Padova which was well organised – where they denied me a landing clearance when I was on short final because they “didn’t receive customs PNR”. With that caveat it was a nice airport. Would I fly there ever again? NO.

Further west you have Elba and Lucca but very pricey avgas, especially Elba which also has an “interesting” approach. Then there is Calvi on Corsica (another interesting approach) with its filthy sand apron covering everything with sand, and Bastia (no problems once you found somebody who knew how to turn on the pump).

I have trip writeups to probably all the above on my website.

Dave, I fly to Perugia regularly from Zurich. No hassle at all, avgas was about 1.9 EUR in the summer last year. You will have to taxi to the aeroclub for avgas refueling. The only issue really is if a commercial flight is being refuelled which means you will have to wait 20 min. Call or email the FBO below.
http://www.airport.umbria.it/en/aviazione-generale

You will have to taxi to the aeroclub for avgas refueling

Thanks for the information everyone. Like Peter, I would ordinarily fly the Balkans and then over the Austrian side of the Alps. However, It’s always worth considering alternative routes when burning 1litre of AVGAS for every nautical air mile flown!

If the Balkan route is viable, Belgrade is very hard to beat. Probably cheapest Avgas in Europe and very cheap landing fees as well (particularly if you mention “technical landing” in the flight plan.

if in Italy, as already said, Perugia (LIRZ) has got decent priced fuel (lowest I find in Italy).


If the Balkan route is viable, Belgrade is very hard to beat.

Aviathor
LFPT, LFPN
31 Posts
This thread is locked. This means you can't add a response.
Sign in to add your message