To my delight, a friend asked me inspect and buy a 182RG for him near San Francisco, then fly it home. My wife and I are exactly half way home tonight. 1144 miles today, across spectacular scenery... 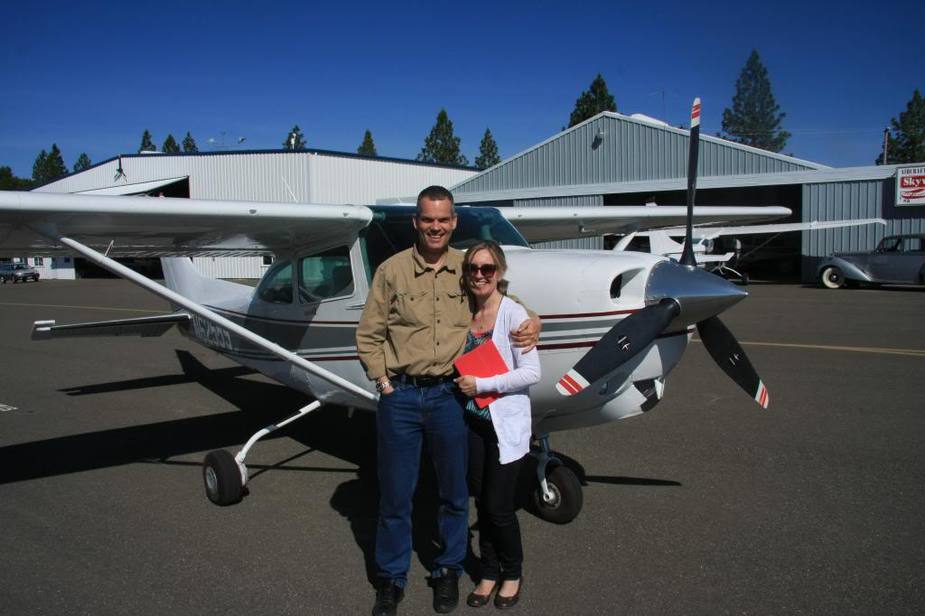 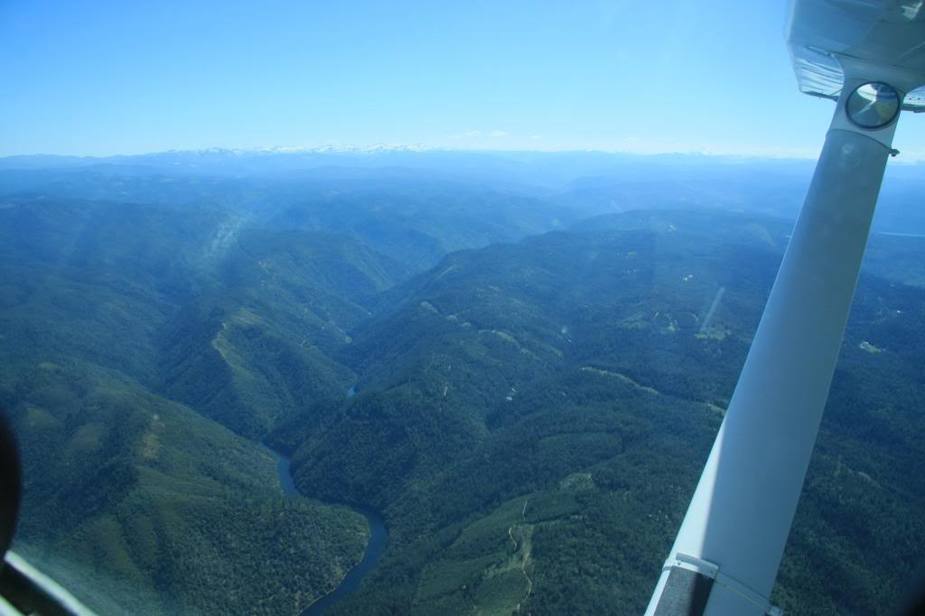 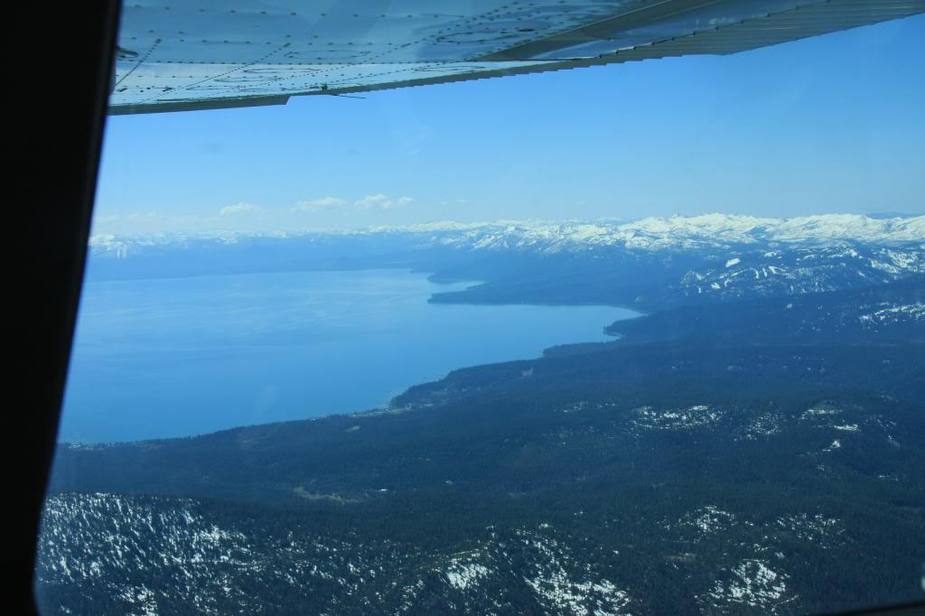 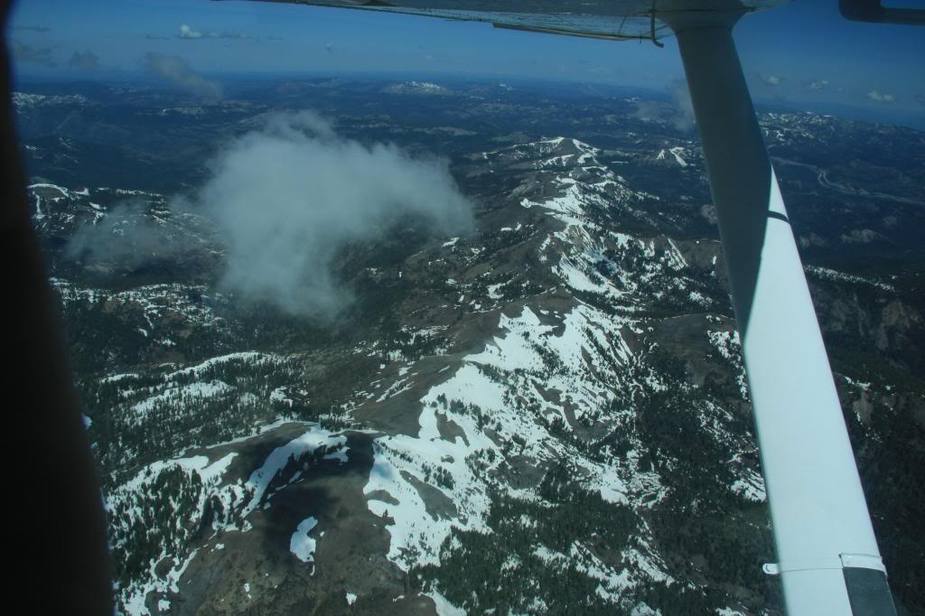 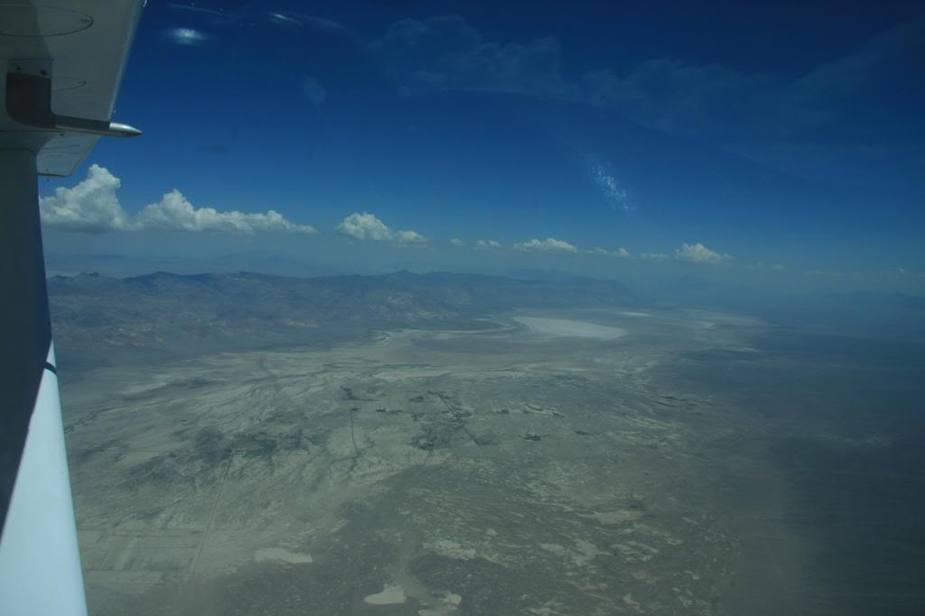 Some weather to fly around... 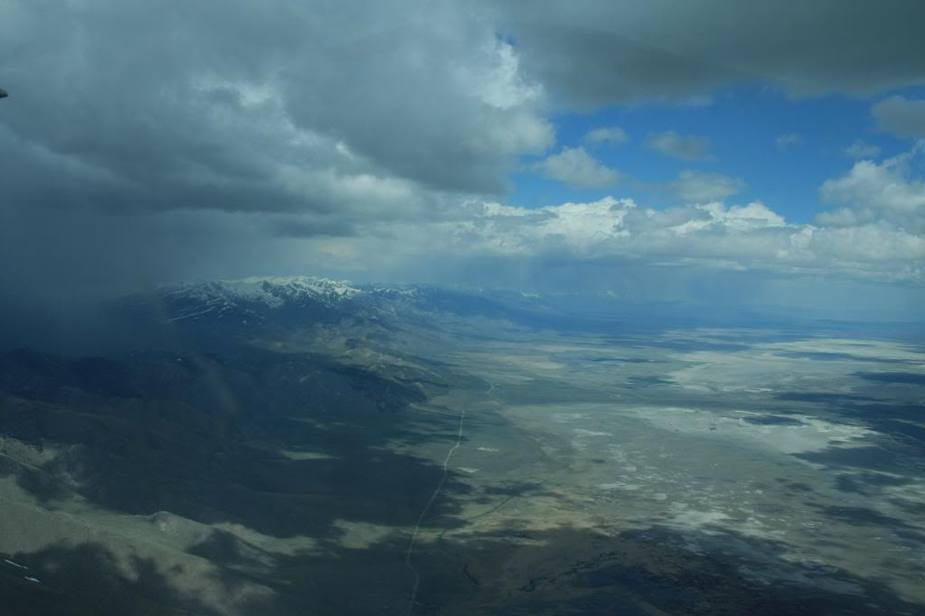 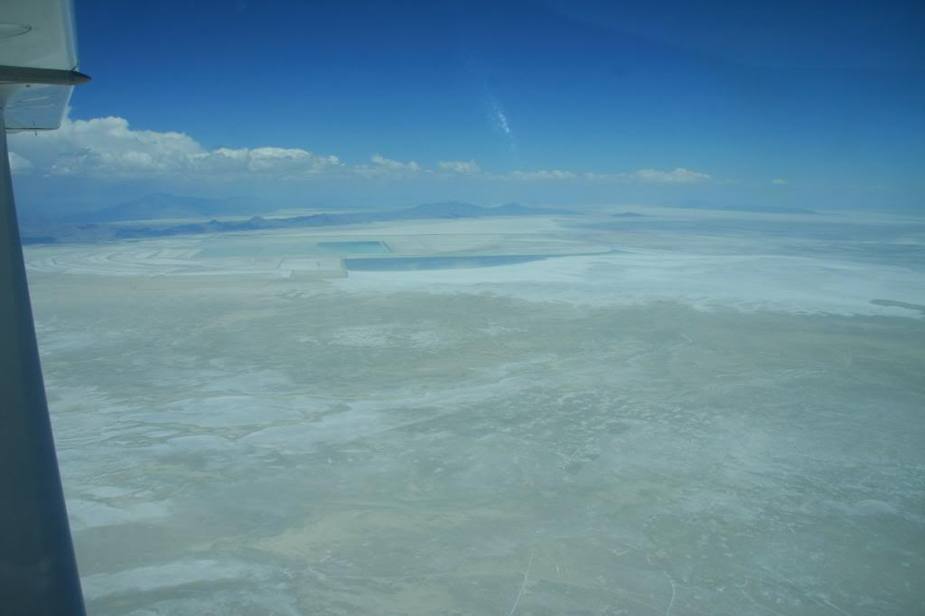 The Great Salt Lake (I was told that it is sic times as salty as the ocean... 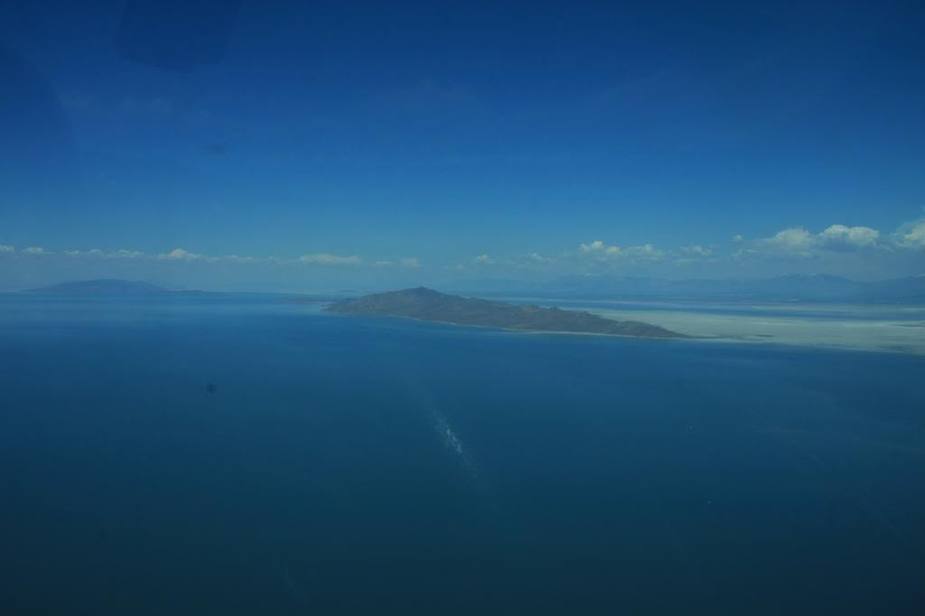 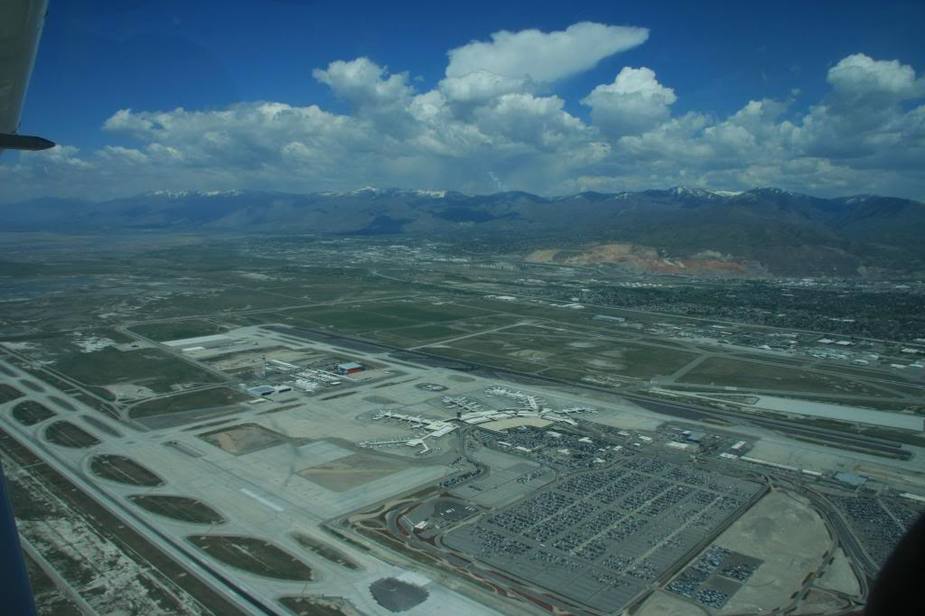 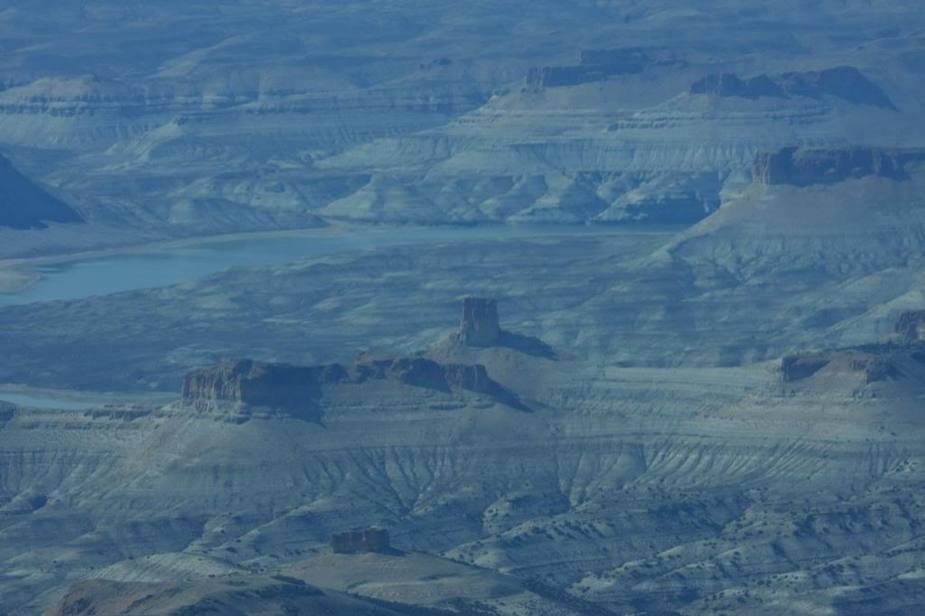 This innocent looking hill, is really a 12,000 foot mountain (just with really high ground all around!) 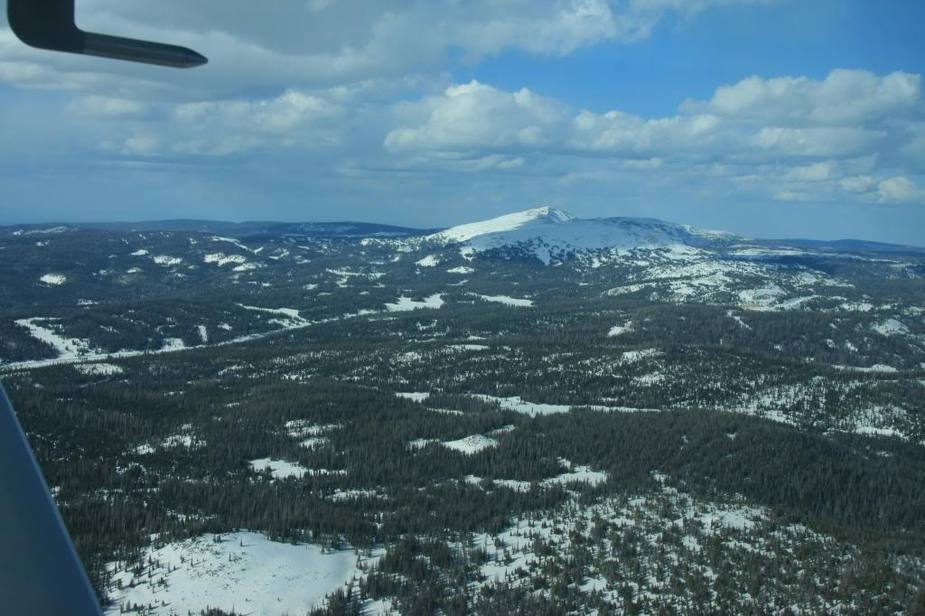 More after the trip is complete...

Great pics, and you are extremely fortunate to have a wife flying with you

It's funny to realise that in US airspace one could go VFR up to 18000ft... what is Canada like?

You can do VFR at FL600 in most European countries if you like, very few have airspace A. I have done VFR at FL240 (oxygen test).

Interesting gear mirror in that R182, is it STC'ed? I've never seen that particular model. I wonder why people install steps on the struts and the cowling in a R182 which is speed optimized...

What's your routing? Snow in May in what looks like medium high terrain...

Interesting gear mirror in that R182, is it STC'ed? I've never seen that particular model. I wonder why people install steps on the struts and the cowling in a R182 which is speed optimized...

While none of the RGs I have flown had it, I've seen these mirrors quite often. No idea about STC.

Re the steps on the struts (can't see ones on the cowling here, though) - perhaps to avoid having to carry the usual 182 step ladder? Wonder how much (if any) speed penalty these steps generate.

The area between San Francisco and Salt Lake includes some pretty lonely landscape. That part of northern Utah was my weekly stomping ground many years ago and you can go a very long way without seeing much. The nearest cities to SLC are Reno or Vegas, both 400 or 500 miles away with not a lot in between. The original settles went there to get away from other people... and succeeded!

I'd guess the the snow in May would be in the Sierra Nevada mountains, or perhaps the Wasatch Front, where the Utah ski resorts are located.

Great photos, I enjoyed looking at them. Must have been a great flight so far.

The owner is very pleased with his new mount, though there will be some familiarization required with the fancy avionics. The former owner US DEA (patrol aircraft) put in some really fancy stuff, and some of it remains.

The aircraft was equipped with every little thing one could imagine. Definitely designed for utility, and dependability with interconnected and redundant systems. This plane has an STC'd engine change to a 260 HP Lycoming 540, with the really dual mags. That is reassuring, as it was this same owner's previous 182RG, which spit two sequential teeth off the main mag drive gear of the previous "single dual" mag of the other 182RG. At some points I did see rates of climb exceeding 1500 FPM at near gross. The fastest ground speed seen was 187 kts, with some tail wind which pushed us along the latter part of our trip.

I'll have a look through the paperwork to see what STC approves the mirror, though they are very common on Cessna amphibians. The step kits are originally floatplane, though are now very common on wheel planes too. They might cost a tiny bit of speed, but not much. I assure you that the extra time it might take to complete the flights totaled over the life of the plane would still be less than the trip to the hospital after the fall off the strut, cowl or pail one had chosen to stand on to fuel, when a ladder was not available!

The plane will now go through the importation process, which will be quite something for this one - as the tech logs I brought back total more than 8 inches thick!

Pilot DAR
Home runway, in central Ontario, Canada
8 Posts
This thread is locked. This means you can't add a response.
Sign in to add your message