I’ll be flying out of EDLE more often starting this weekend and was wondering from those who are based there if you could help me understand the “best practices” and what to expect when filing a Z flight plan :

DEPARTURE
1. Going southbound, what would be the best initial IFR waypoint to file ? BAM VOR ? I tried a sample route with autorouter and it suggested BIBTI, but that is a long initial VFR leg almost to right over the top of Koln/EDDK
2. Going northbound, same question

ARRIVAL
1. How low will they let you go coming in from the N or S or E before you have to cancel ?
2. If you shoot the ILS at Dusseldorf/EDDL and then break off, are there any important obstacles to watch out for ? What would be the lowest VFR altitude after breaking from the ILS with which you would be comfortable ?

Anything else I should consider/be aware of?

Thanks a million!
Daniel

As for obstacles, Essen downtown has quite some tall buildings. And watch out for the industrial area north of DUS. Lots of chimneys. I don’t have a chart with me now, but definitely worth to keep an eye on.

I fly regularly from the Munich-area to EDLE and back to visit relatives. BAM is usually the pick-up point in my flight plan.

Just be careful when going from the traffic-circuit of EDLE to BAM directly in marginal weather. There are some rather high radio towers in the vicinity of the BAM VOR.

Thanks to both of you – very helpful.

I’d be happy to meet up sometime when you’re there !

Does anyone have a recent VFR chart for Essen EDLE ? 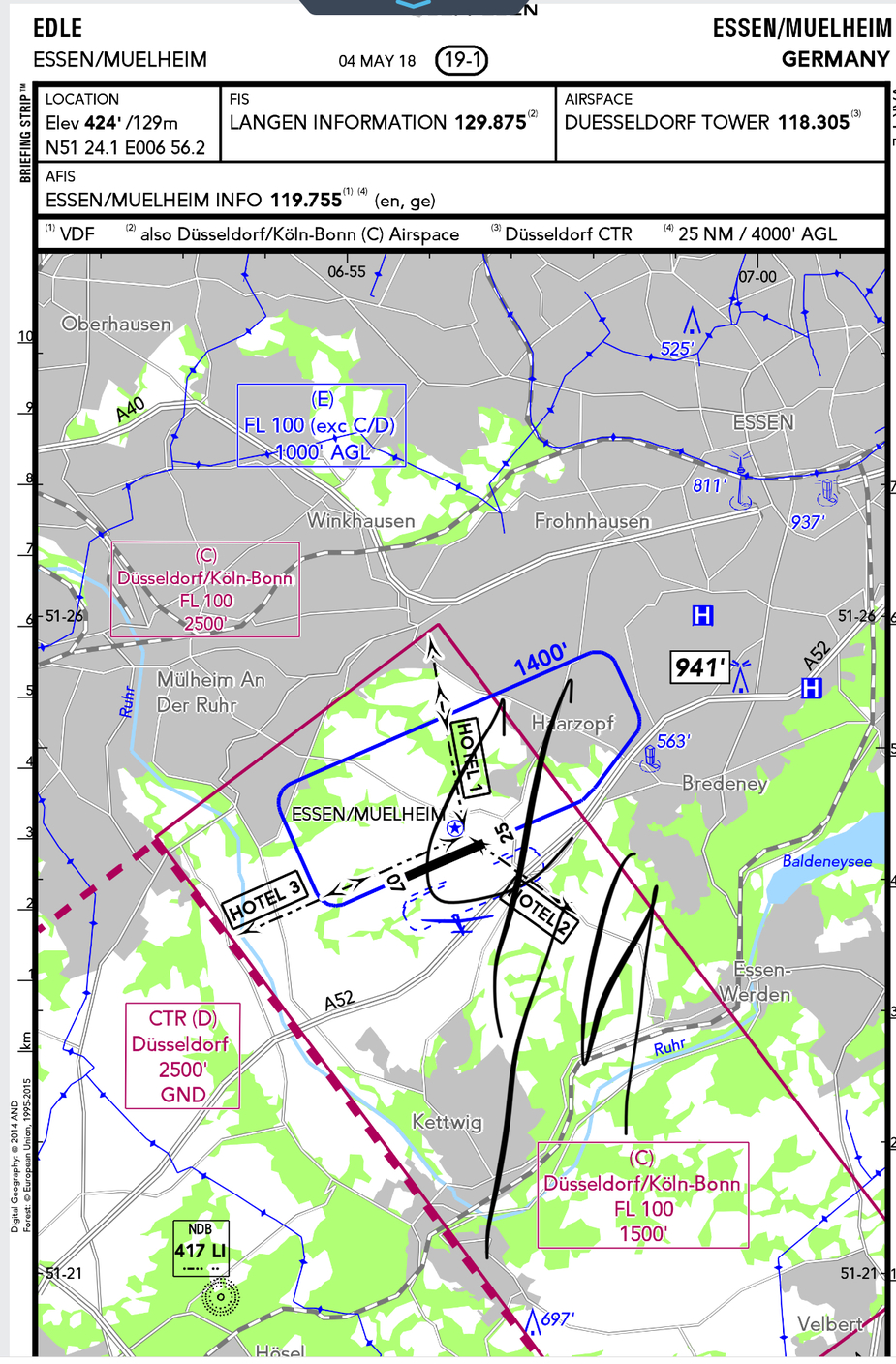 The runway has changed to 24/06 sometime ago, though.

Thanks for the local knowledge. The plate above was the latest (21st Sept 2018) available from a Jepp subscription, the airfields own website is out of date also.
This is always a KNOWN problem of touring, getting conflicting information, and the time it takes to try and make sense of it. 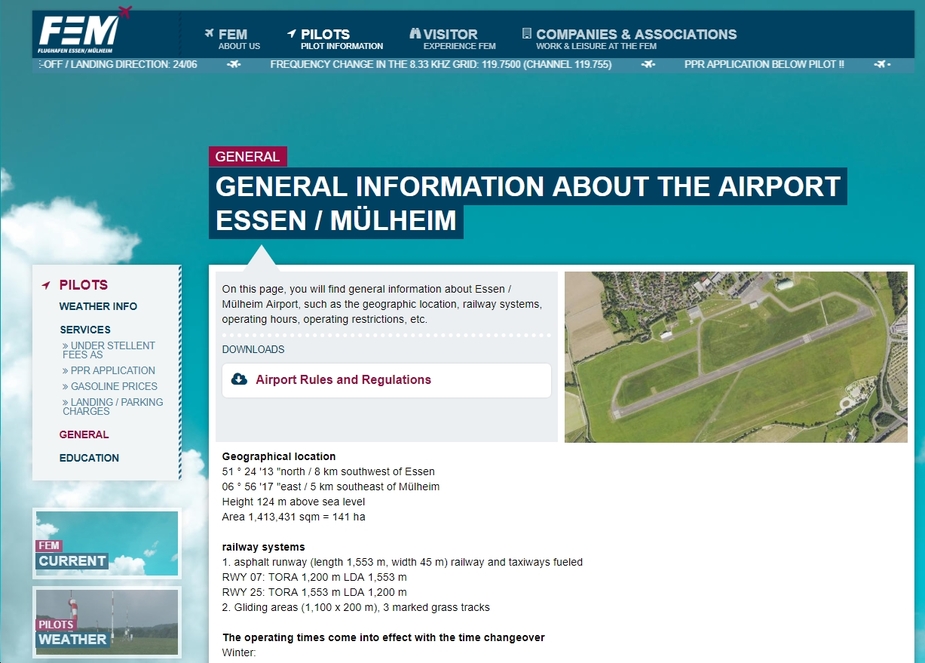 Norman
Norman
United Kingdom
9 Posts
This thread is locked. This means you can't add a response.
Sign in to add your message