I’m not wishing the summer away but as the evenings are getting shorter I was just thinking about Friday evening departures!

I have only ever flown at ‘night’ in the uk. I understand that it’s not possiable in Ireland is this unique? how does it work in the rest of Europe? Especially Belgium and France. Ostend is open 24H I would be very tempted to leave at say 5pm on a Friday from Shoreham for a weekend in Bruges.

VFR FLTs shall not be operated:
a. at night
∗ In Belgium: between 30 MIN after SSand 30 MINbefore SR, unless authorized by the Director General of the CAA
or under the conditions described in 8.1.a below.
Note 1: The hours of apparent SR and SS at Uccle (see GEN 2.7 ) are taken into account for the calculation of these
periods.
Note 2: State ACFT (MIL ACFT and ACFT used by State services such as police and customs) may fly VFR at night.
∗ In the Grand Duchy of Luxembourg: between 30 MIN after SS and 30 MIN before SR, unless otherwise authorized
by the Minister of Transport (see FLTs at night in the G.D. of Luxembourg).

Addendum: Belgium chose to incorporate their SERA implementation separate and contradicting the prohibition:

8.1 VFR FLIGHTS AT NIGHT
← a. In Belgium
Gliders, DPM and ULM exempted, VFR FLTs at night are authorized under the following conditions:
1. if leaving the vicinity of an AD, a flight plan shall be submitted in accordance with ENR 1.10 regulations;
2. FLTs shall establish and maintain two-way radio communication on the appropriate ATS communication channel,
when available;
3. the VMC visibility and distance from cloud minima as specified in table under ENR 1.2, §1 shall apply except that:
− the ceiling shall not be less than 450 m (1500 ft);
− the reduced flight visibility provisions specified in ENR 1.2 (**) (a) and (b) shall not apply;
− at and below 900 m (3000 ft) AMSL or 300 m (1000 ft) AGL, whichever is the higher, the pilot shall maintain
continuous sight of the surface;
− for helicopters in airspace classes F and G at and below 900 m (3000 ft) AMSL or 300 m (1000 ft) AGL, whichever
is the higher, flight visibility shall not be less than 3 km, provided that the pilot maintains continuous sight of the
surface and if manoeuvred at a speed that will give adequate opportunity to observe other traffic or obstacles
in time to avoid collision;
4. ceiling, visibility and distance from cloud minima lower than those specified in (3) may be permitted for helicopters
in special cases, such as medical flights, search and rescue operations and fire-fighting;
5. except when necessary for take-off or landing, or except when specifically authorised by the competent authority, a
VFR FLT at night shall be flown at a level which is not below the minimum flight altitude, or, where no such minimum
flight altitude has been established at a level which is at least 300 m (1000 ft) above the highest obstacle located
within 8 km of the estimated position of the ACFT (except for helicopters, the MNM level within the Belgian airspace
for GAT operating between 2200 and 0459 should be as far as possible at or above FL 50).

France allows it but has some requires for aerodromes and weather conditions.

You can fly NVFR in Finland.

Ostend is open 24H I would be very tempted to leave at say 5pm on a Friday from Shoreham for a weekend in Bruges.

Very easy. Flightplan & continuous comms. As long as you stay clear of the larger cities, you don’t need to fly FL050 or above.
Pretty much like IFR OCAS, except for the WX :-D

I would time a night flight so the sunset is seen over the sea. You get spectacular photos 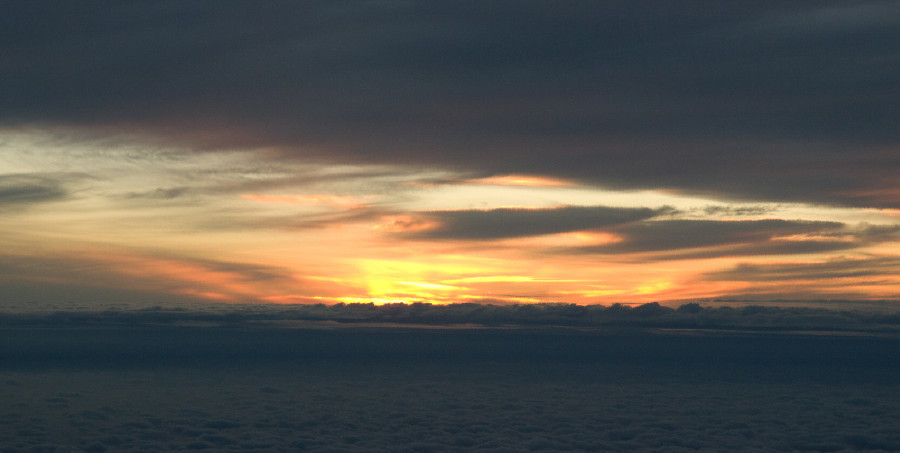 I have only ever flown at ‘night’ in the uk. I understand that it’s not possiable in Ireland is this unique?

VFR at night is permitted in Ireland since 1 July this year! Wahoo!

Now I just need somewhere that stays open at night ;)

sidenote for Ostend / EBOS: “day” landing charges apply as long as you operate before 2200LT(& after 0700LT). (with a 5pm Shoreham departure, plenty of time of course)
No prior advice required for customs/immigration.
Bus to station & train to Bruges is straightforward,

Alex_
Alex
Shoreham (EGKA) White Waltham (EGLM)
8 Posts
This thread is locked. This means you can't add a response.
Sign in to add your message