What do you know about Cessna T303 Crusader (+ other Cessna twins)

There is a possibility to buy a part of a Cessna T303 Crusader. I’ve never been in one until now, let alone flown it. Does anyone know the airplane? What can you say about it? What is cool about it and what are the culprits?


What is cool about it and what are the culprits?

Cool:
1. The loveliest handling twin I have ever flown.
2. Can operate short runways.
3. Plenty of power, almost no single-engine issues.

Uncool:
1. Consumes fuel like a grown-up aeroplane (almost as much as a C421)
2. Is on the slow(ish) side for the engine power it carries.
3. Unpressurised (a C340 can be found for the same price, has the same fuel consumption, is faster, is pressurised but needs a little more runway)
4. Above 2 tons, therefore higher fees everywhere.

We had one many years ago. and my slightly vague recollection coincides with what_next.

I think that they were built with Cessna’s own avionics, (was it ARC?) and we replaced all of ours as it was a bit flaky. I suspect most have been upgraded long ago.
There was a certain mod state of engine which used to use a fair bit of oil, we made sure ours was of the later version.

I liked it a lot, it was brilliant into grass strips, I remember going into 750 metres of grass with no trouble

I fly one, and I agree with Vladimir.

I would add one sin – it likes to fishtail, so getting one with yaw damper is a good idea when you fly with passengers.

don’t let that give you the wrong impression, though – as said above, very easy to fly and especially land, haven’t had anything but soft landings in it, and – much to the surprise of the examiner on my last reval – have no trouble taxiing off at A3 at Biggin if I want to without any effort.

Deals with ice well. There is a mod required to keep FIKI (you can tell very easiliy if it has been installed) but Cessna paid for it at the time so very likely every aircraft has it.

The last twin Cessna designed, and has all they learned from prior models in it.

Bill and I were ferrying a Cessna 303 from Canada to England, for delivery to it’s new owner. With lots of Cessna 310 and 340 experience, I felt extremely comfortable flying the 303, and off we went. This particular aircraft was very well equipped, with full IFR equipment as one would expect, and full known icing equipment. So there we were, flying in IMC, though often with a view of the ground, but picking up ice. No problem, I just selected on all of the deicing equipment, and had a look around the aircraft to assure that is was functioning. The boots on the wings, and just the very tips of the horizontal stabilizer could be seen, and I was able to confirm that they were operating as expected. Obviously, the boot on the vertical fin could not bee seen, and this was an act of faith.

After a while, and while obviously picking up some ice, a slight twitch in the yaw axis developed. It was about what you’d feel if you were alternatively pushing the pedals a little. I looked over at Bill’s knees, and asked, “Are you playing on the pedals down there?” But as I asked, I observed that his knees were still, so this was not his doing. Next I scanned the engine instruments – they indicated that the engines were both purring. The twitching in yaw got a little worse, and was now noticeable in pitch as well. Whatever it was that causing the twitching was making be nervous. When I’m nervous, I like to be closer to maneuvering speed (Va), in case something unexpected happens. So, I pulled the power back, and began to slow down…

As the plane slowed, we were suddenly rodeo riders, the plane was yawing and pitching violently, though roll control was prefect the whole time. Yaw was ten degrees either side uncontrollably, and pitch, though harder to estimate, was enough to give us quite a variation in “G”. Whatever the problem, slowing down made it a lot worse, so I sped up, and it settled down. The only thing it could be was airframe ice, nothing else would seem to have changed since we took off. But this was a known icing certified aircraft! So I flew as fast as I could, knowing that whatever it was, was getting worse, and we were still in the ice. At the higher speed, anything bad which happened, would happen worse, and faster! I had to get out of the ice.

We were able to descend, flying up the valleys in the mountains, not far from Wabush, Labrador. We were lucky enough to find warmer air, and the ice slowly shed on it’s own. An hour or so later, I landed in Shefferville, Quebec for fuel. Of course, slowing down, was an exercise in extreme caution. But the plane handled perfectly. The after landing visual inspection revealed no ice, or other defects at all. Mystery… Our trip continued….

Bill was flying the leg from Iceland to Scotland. I was bored. Searching for some new stimulus, I found the previously unread flight manual for the aircraft, and browsed. Among the commonly found white pages, was an uncommon fluorescent red one. To it’s corner, stapled a tiny zip lock bag, which contained a placard. My interest was peaked now (better late than never). The information on the page instructed that flight into known icing conditions was prohibited, and at the first encounter, an immediate 180 degree turn was to be executed. The placard in the zip bag simply said “Flight in icing conditions prohibited”. Well that was clear! But, with the placard in the bag, and the bag in the book, and the book in the glovebox, the pilot (who had not bothered to read the book prior to flying) had no way of knowing! To read on, it turns out that because the Cessna 303 has a “crucifix” tail, meaning the horizontal stabilizer is mid way up the vertical stabilizer, their respective leading edges form a cross. The middle of this cross was not deiced, and thus a block of ice would form there, and disrupt the smooth airflow over the tail. The result was (in several cases) fatal inflight breakup of the aircraft, due to loss of pitch and yaw control. This, I could imagine! This flight manual page, and placard were required by airworthiness directive 86-01-01.

The final instruction on the page was to install the placard. I did.

I understand that soon an electric pad was developed for installation on the offending leading edges, to correct this design deficiency.

I learned from that to read the flight manual before flying. I don’t know how close we came to breaking that plane up in flight, but it was a lot closer than we should have come!

The foregoing relates to Cobalt’s comment – ’Been there, done that! I liked flying it though…

The modification is aerodynamic – a bunch of of vortex generators and some strakes on the vertical sabiliser.

If you are interested – I have a scanned version of the POH, if you send me a PM and tell me where to drop it I will.

Thank you all for the inputs!


The modification is aerodynamic – a bunch of of vortex generators and some strakes on the vertical sabiliser.

If you are interested – I have a scanned version of the POH, if you send me a PM and tell me where to drop it I will.

Do you have the page that describes the modification so that I can recognize it when I see the airplane? 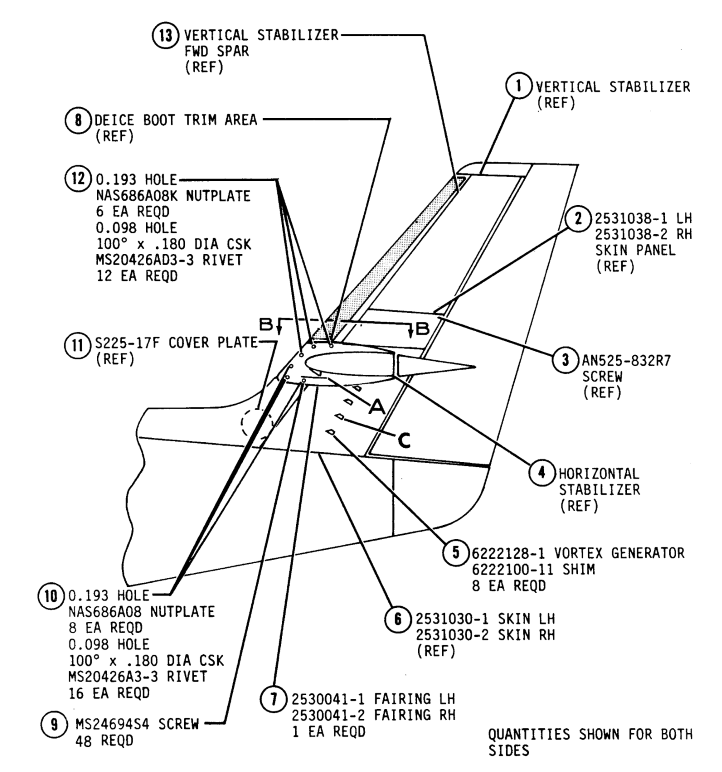 Side view with the position of the VGs 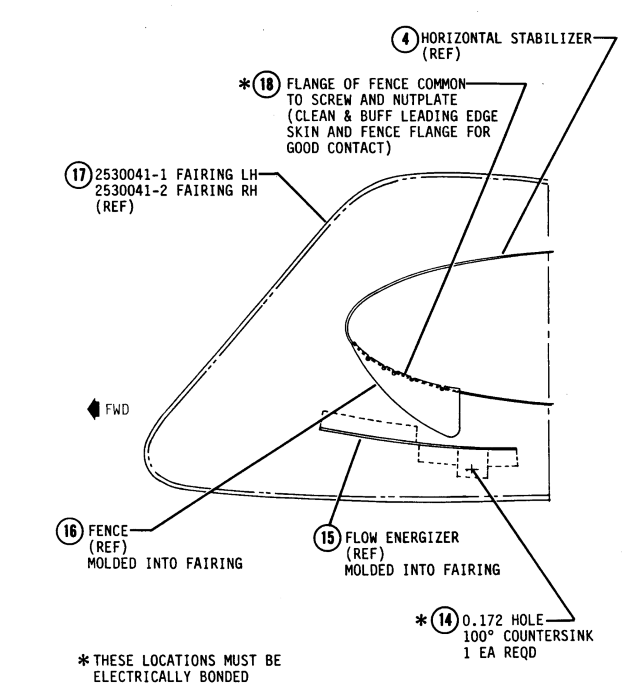 Cobalt
Biggin Hill
54 Posts
This thread is locked. This means you can't add a response.
Sign in to add your message