Your most annoying trip cancellation?

This morning, 5am, I cancelled a 4 day trip to Mali Losinj LDLO. 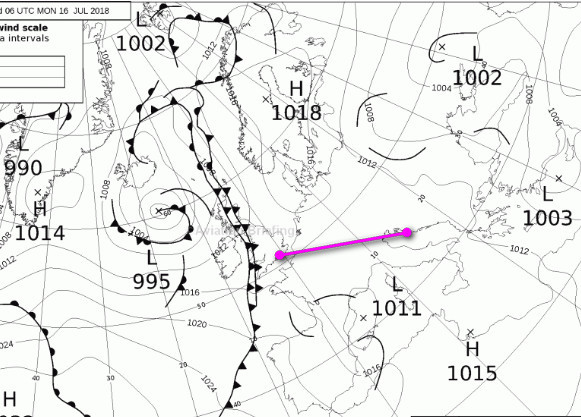 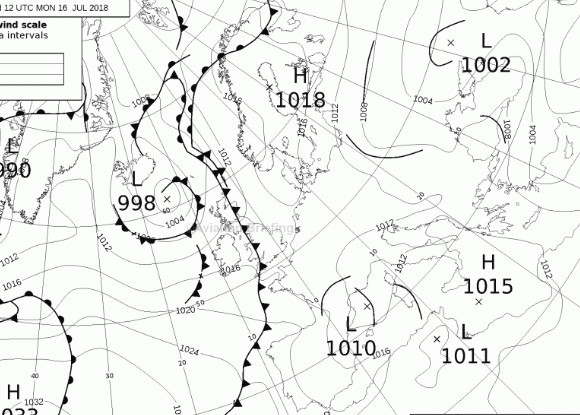 The enroute TAFs were not helpful because they contain the usual PROBxx TSRA all day long anyway. 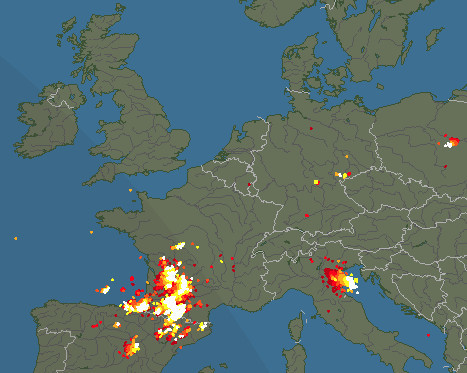 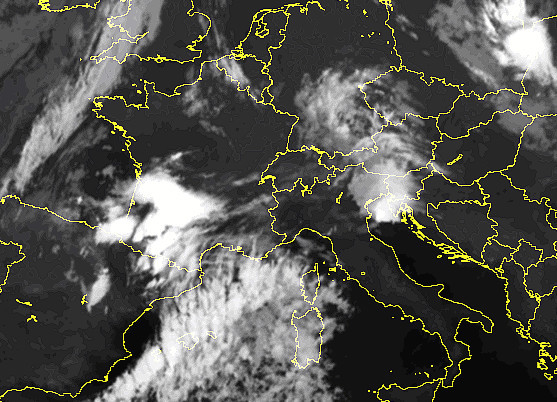 and even having filed the earliest possible departure from EGKA (0700 UTC) it would close up the gap about the time we would be crossing the Alps.

So I cancelled, losing a packet on the apartment (for two – always more difficult because booking.com cannot be used to book 2 rooms in most cases). Looking at the wx now, about the relevant time, I see it might have been just possible 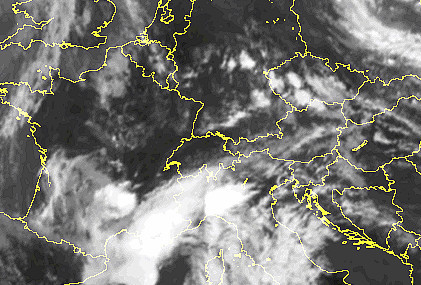 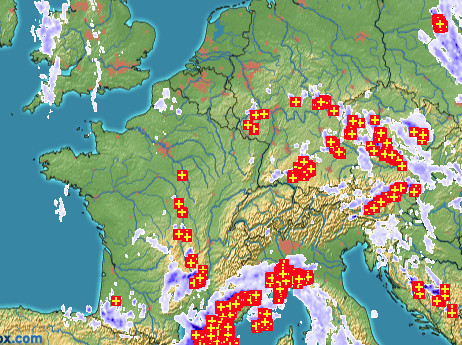 because the westerly movement is slower than forecast; it seems to have really slowed down.

I think the decision to cancel was right because we would have potentially got surrounded by a large area TS. It has been the pattern for the last many days, every day, that these CBs build up in the afternoon.

OTOH is is clear, comparing the last two images, that much if the stuff on the IR is just harmless high altitude stuff.

Sferics shows the gap to still be there, although something is building up on the route in Slovenia.

The MSLP for the return flight was not exactly helpful, with more of the same… 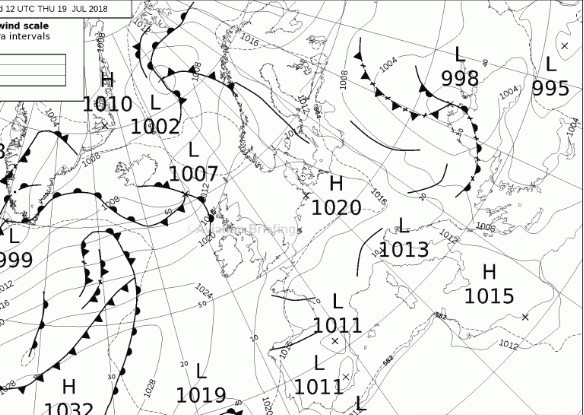 I then looked at salvaging something out of this (it is really hard for my passenger to get time off work) and flight planned for La Rochelle LFBH which is quite nice for a couple of days and which lies just about north of the huge area of bad wx; this is the 6am picture 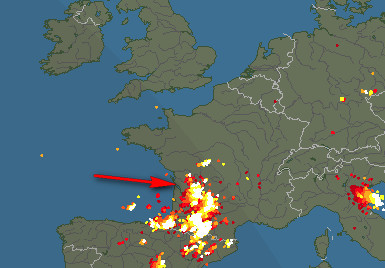 and sent off the customs PNR to France but cancelled that trip too upon noting that they want 8hrs notice, and an enroute stop at some other French airport just piles up the hassle for a short (2hr) trip… That would have been a 2 day trip; 4 days down there would have cost over £800 in hotel costs.

Solution for the Losinj trip: Fly to, say, the south of Germany today and then continue tomorrow early in the morning. It’s a common problem in summer that when you set off too far from the Alps, it is going to be 11:00ish before you reach them. An intermediate stop like this solves that problem, although it obviously “wastes” some time. But I think the point in GA flying is to not consider an unplanned intermediate stop as a “waste of time”, but to see the positive side and say “I would never have come to this (nice) place if all had just gone exactly according to plan”.

which would be as unpleasant as getting stuck at Wangen-Lachen in the rain for a few days, which is what happened the last time I did that

Since then I have nearly always done all trips as one leg OR stopped at places I actually want to be at for a bit.

Sure there can poor flying weather even in the early morning, but it is much less likely during summer season. One has to plan with likelihoods, to some degree.

BTW, I guess you have never been to Munich. Some people on this forum would strongly disagree that it is not a place worth staying at for a few days. Very different from Wangen-Lachen.

Also, in the case, you could then have a drink with Alexis…

I have been to Munich actually, but (obviously) not landed the TB20 at EDDM. That TAF was just an example of wx from that part of Germany. And getting stuck in any “city” in bad wx is pretty dreadful. Especially when cancelling and staying at home means you are forced to deal with this

Reminds me of this… stuck in Munich 2 years ago.

I very rarely book accommodation too early in advance. That way I’m less annoyed if I have to cancel the trip and I feel less pressure when taking last minute decisions. It’s quite possible these days with Airbnb or Booking – the accommodation isn’t always the as good as one book early but in my experience it’s satisfying. I usually book accommodation a night before flight when I’m pretty sure I’m going while I book car earlier because they usually don’t require any prepayment or deposit so one can cancel without penalty.

My most annoying trip cancellation was due to aircraft stuck on service.

Indeed, but in this case I was bringing a passenger, so needed two rooms, and in most cases booking.com says “this is the last room” so while this is usually a lie, you don’t know for sure if it is and, if it isn’t, how long afterwards the second “last room” will appear

At this time of the year Airb&b is near-useless for Mali Losinj, with nearly all hosts messing people around and not confirming the booking in the hope of a longer staying customer turning up later, or cancelling a previously confirmed booking when a longer stay contacts them via a different agency (most properties are multi agency listed).

In this case I cancelled just 2hrs before EOBT. I got 50% back which is pretty good. To book any later would mean booking after landing, which is quite dodgy in this case. I have done that in the past on Losinj and ended up staying (with Justine) in some real sh1tholes

The next fun bit will be to watch the return wx. The MSLP again looks good 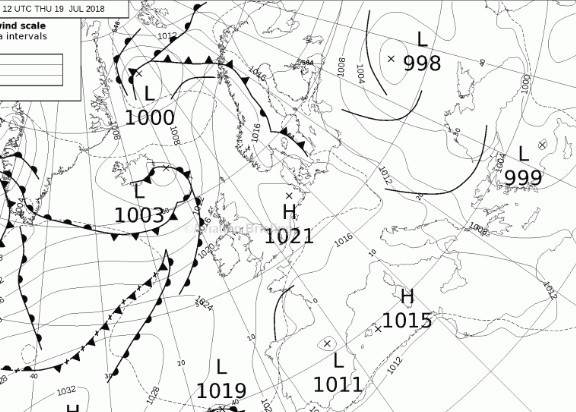 I’m tempted to add that I might have handled it differently, (like breaking the trip into two, or just going out and diverting if indeed the Wx was impracticable),

BUT, I also have very HIGH RESPECT for PIC’s exercising conservative decision making re. Wx conditions.

So best to say Good on You Peter !

To answer the Q: Most annoying cancelation? Well, I really can’t seem to remember any that were that annoying since I make it a Mental Exercise to remind myself that GetThereItis is a killer and any trip cancels are no big deal in the grand scheme !

I departed LDZD yesterday morning at 0520z dct LIRZ. The weather was fine, just a bit of headwind nearing Italy.
Then from LIRZ down to Nettuno, just south of Rome, arriving at 0900z. A couple of hours later weather went sour and nobody flew in the afternoon and in the evening we had some impressive thunderstorms.

When flying somewhere I never prebook: as said to much pressure to depart. In Zadar I arrived in the evening, checked the list of hotels on Booking and asked the taxi driver to take me to one. First one was full, second had a room.

AfricanEagle
Happy only when flying
Sabaudia airstrip
50 Posts
This thread is locked. This means you can't add a response.
Sign in to add your message