Well, then you just stay outside. Much as today if you want to travel to countries that demand a Yellow Fever vaccination. Your loss.

Money talks, BS walks. The closest I can see to that occurring is specialized businesses catering to the fearful – who apparently don’t believe in their own vaccination. For travel, internationally recognized documentation of vaccination status will not be shown by US residents at political borders, because they clearly will not have a government issued vaccine passport.

Here’s another photo I took on Sunday showing what real US consumers are doing, as opposed to imaginary ones. 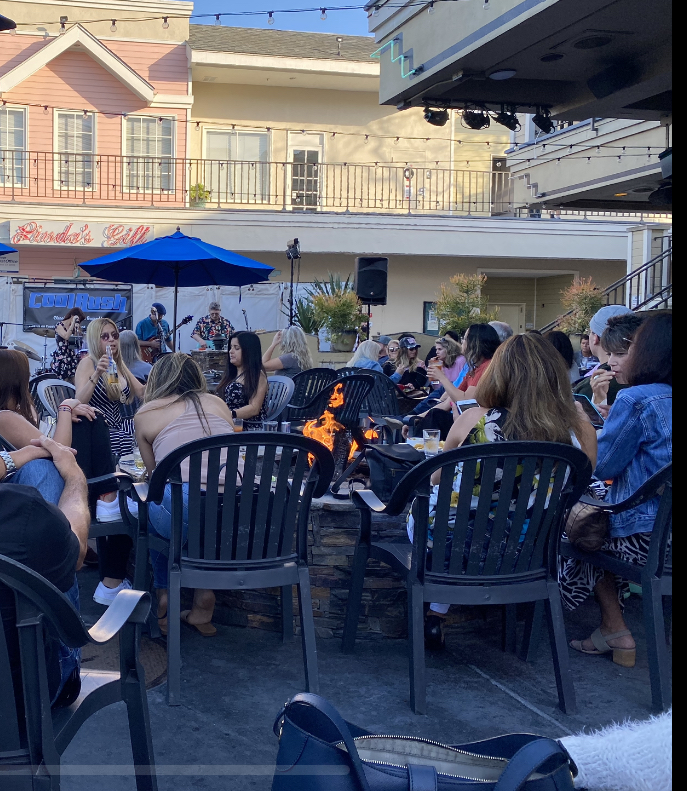 
I don’t get it – the latest data I had heard was that there are no such cases in the UK – at least according to officially published data. Why on earth should JCVI/MHRA advice action against something that does not happen in the UK at all?!?

There are such cases – I posted the link to the full reported events list a few pages back, and referenced some of the more amusing ‘side effects’ listed such as pregnancy, anorectal discomfort and limb reattachment surgery to help make the point that the fact that it was reported doesn’t mean a causal relationship.

No more so than the families of anyone who died from Covid-19. Vaccination is optional, people must give their consent, and it is clear that no medical procedure is entirely risk-free. Lovely handbag you have there!

Yes, I bought it in Milano, no less


In the US it’s not clear to me what may be regulated for visitors, it won’t be a vaccine passport and obviously the current recent negative test result for entry by air is cumbersome.


The US government will not introduce vaccine passports.

Was I imagining things about a month or so ago when I heard on a couple of news channels that the US were negating the need for quarantine (and negative tests at various points) for foreign visitors that could prove they had been vaccinated?


Was I imagining things about a month or so ago when I heard on a couple of news channels that the US were negating the need for quarantine (and negative tests at various points) for foreign visitors that could prove they had been vaccinated?

There is no quarantine period after US entry Link

There is a current requirement for a negative test result for arrival by air only. You don’t need anything to enter on land Link

If USCIS were to allow a vaccination certificate as an option to a negative test result as acceptable data to enter after arrival by air, it would clearly not need to be in the form of documentation from a foreign government, because the US is not sanctioning the concept of international ‘vaccine passports’ , and if they don’t implement them for Americans they aren’t likely to require them for foreigners. Also, the existing requirement for a negative test result does not involve foreign government documentation, so it would be inconsistent with their current practice. Nor does the non-COVID vaccination record required for immigration by foreigners to the US have to be government issued or approved.

I once entered the US with a dog having a foreign rabies vaccination record. I was not asked for anything by USCIS, in fact they didn’t even look at the dog as I walked by. This was contrary to my understanding so I asked a supervisor why that was so… He replied with a smile “you might need it for strict legality after walking another 50 feet and entering the state, I don’t know (smiling more broadly) but both sides of this immigration checkpoint are on Federal property and we don’t require it”. The analogy often applies for similar situations involving people

Wrong. The US recognizes the WHO ‘yellow book’ and US citizens have to use it, where appropriate.

In any case, this will be driven more by the airlines (i.e. business) than by the state(s).

I’m looking forward to read @Silvaire’s account of crossing the Sonora Desert TO Mexico and the reaction of Los Federales (you are coming from where ????) upon reaching the other side, LOL !!

The traditional WHO vaccination book is more like an International Drivers License from the Auto Club, not what’s being discussed. As I laid out pretty clearly, by “international ‘vaccine passports’” I mean the emerging EU/UK concept of a government database of CV-19 vaccinations, or some close relative involving government validation, and an accompanying document likewise issued with government involvement. The US government will not be doing that, as per the link I posted, and is thereby not sanctioning that concept.

Not sure what you were trying to imply about Mexico border crossings but neither entry nor reentry to the US is a current issue for US citizens and/or residents. No CV-19 testing, vaccination data or similar required by immigration for ground crossings either way. I go to Mexico fairly frequently, like thousands of other people and its also quite possible to walk across the border to catch a commercial flight from Mexico. Its a painless process, in some cases and destinations its easier than going to the commercial airport on the US side. Slapstick humor doesn’t work well on the internet regardless.

@Silvaire Your link goes on to say “you must stay at home for 7 days and then need a test with negative result” which is a quarantine, if not a govt controlled “hotel”… and then “there is currently a ban on foreign nationals from entering the country” and this is their I’m talking about: Not in that article, but there was definitely something about “unless vaccinated” on various news outlets a month or so ago…

It was always said that subject to availability, vaccines which can be handled by a normal GP practice or even pharmacies should be available through them. That is where 99% of vaccines are usually distributed, so why make an exception here?

GP’s can certainly do a good deed here particularly for people who are anxious or have health issues which need monitoring. And quite a few sceptics may well be positively influenced if their trusted GP will endorse and possibly apply the vaccine.

Agree with this. I’m not sure if Malibuflyer wanted to say he sees vaccinations at GPs as unnecessary. I for one see it the other way around: vaccination centres were mostly unnecessary, except at the very beginning were we didn’t know that the mRNA vaccines are more stable than initially thought. Given the number of doses available in Germany until now, all of those could have been used at GP surgeries instead of the vaccination centres, saving resources spent on the latter. GPS vaccinated 27 million people against Influenza I’m the span of a few weeks in autumn. They could have repeated this feat with Covid-19 over a longer time period (due to scarcity of vaccines…).

In the end, the vaccination centres are “nice to have” but as Malibuflyer said, spread the scarce resource “vaccine” unnecessarily.

MedEwok
Novice pilot
EDVM Hildesheim, Germany
7580 Posts
This thread is locked. This means you can't add a response.
Sign in to add your message