How critical is the stall warner switch?

These things are getting constantly bent as people walk into them, then straightened again…

It seems to me that provided the “paddle” is big enough relative to the operating force of the microswitch, it is not critical at all, because it merely detects when there is a dramatic airflow direction change at the leading edge. 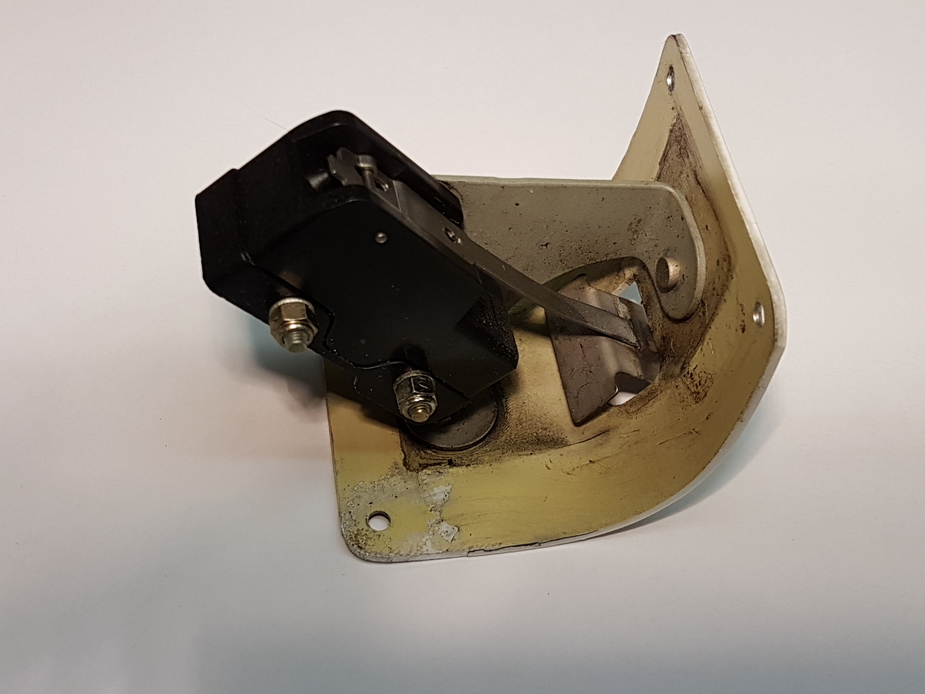 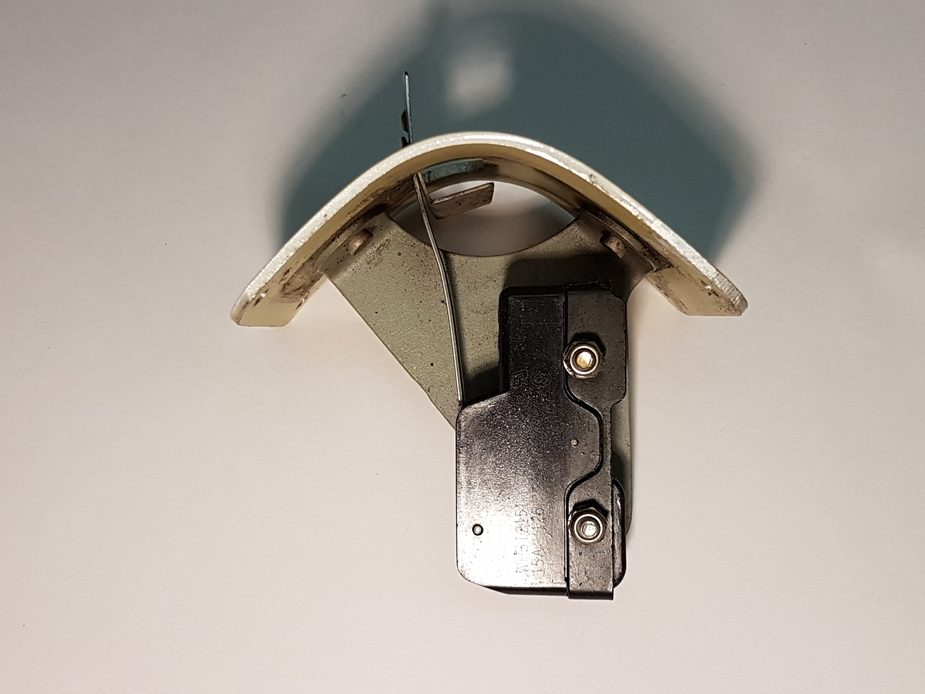 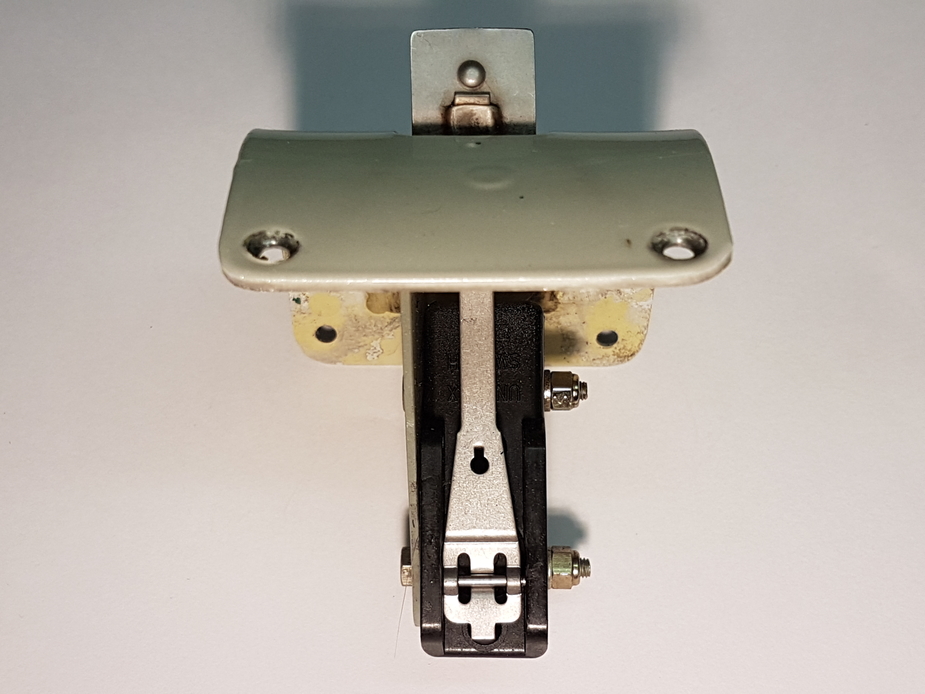 Curiously the microswitch in the above, WHBT2151, barely googles to anything. It is a standard pattern microswitch but the various “equivalents” e.g. CR1K2-UL have varying operating forces…

The latter part I would say rather critical. Non working stall warning would be a no-go or at the very least an item requiring extreme caution.

We just had an accident report published where a defective stall warning switch most probably caused a near ground stall condition which the pilot did not reckognize due to the lack of warning. He managed to crashland the plane and nobody was hurt but the plane was a write off.

I meant that the switch operating force doesn’t appear to be critical, or even the overall design, because there is a big change in the airflow at the relevant point.

What prompted my Q is that after the full TKS is fitted, it becomes quite difficult to change the stall warner. Socata sell a different version, with a longer paddle, for the TKS installation. So, as I always do, I looked at the microswitch to see if there is a manufacturer P/N so one can document it and avoid the usual massive costs. The switch normally costs about €15. Actually I ordered the Socata one (<€200) because it comes with the paddle already spot-welded etc. But in looking around I noticed that these stall warning switches are all obsolete, all advertised by various “aviation parts” distributors, and all having different operating forces

It’s amazing that these things work at all. My experience of similar looking microswitches in completely benign environments is that failure is not a possibility, it’s a probabilty. Maybe these are special ones with platinum contacts?

Non working stall warning would be a no-go

Most vintage tail wheel aircraft lack a stall warner, which is a safety issue addressed by keeping current.

RobertL18C
Enstone (EGTN), Oxford (EGTK)
vic
06
Most gliders have no stall warning device because glider pilots are REAL pilots and don´t need anything like that. Yet they keep falling out of the sky regularly . . . A microswitch is a poor design here for various reasons. In my photo is a Russian very sophisticated device, heated pad and paddle, the lever is balanced as well so no G-forces sensitive ! On the left one can see two magnets and two (?) Reed-relays left from them. I grilled the reeds possibly with my electronics as the original box seemed dead. So in the end I used Festo magentoresistive “reeds” to activate a relay for my own sound module that feeds into the headphones. So maybe these Festo pneumatic cylinder sensors could be a better idea, legality or not, who cares. A nice home job too to fabricate. Vic I learned to fly in a plane with no stall warning, and possibly as a result I think stall warmers are a mixed blessing. While they do protect a pilot who because of distraction (or possibly incompetence) is grossly mishandling the plane, they also introduce a substantial distraction when doing maneuvers during which you plan and expect to be stalled, partially stalled or somewhere near stalled. By learning to fly in a plane that didn’t scream at me in those circumstances, I think I learned to feel the plane and control it a bit better. With that in mind, I think an aerodynamic buffet before the stall is a better solution than a horn.

Re stall warner tabs getting bent, mine is hardened steel and I don’t think I could bend it. If it was susceptible to being bent, I’d be a bit nervous about gross changes in the speed (AoA) at which it would activate, even after it was straightened to approximately its original configuration. It’s not clear to me whether bending the paddle would provoke a sensitive or insensitive reaction in the AoA at which the stall warner activates.

At any rate, easy enough to test.

By learning to fly in a plane that didn’t scream at me in those circumstances, I think I learned to feel the plane and control it a bit better. With that in mind, I think an aerodynamic buffet before the stall is a better solution than a horn.

I would agree, although as RobertL18C mentioned, currency is important as well. I practice at a safe altitude maneuvering in slow flight or maneuvres (getting too slow in side slip in a flapless aircraft or feeling what the a/c will do in a skidding base to final turn scenario) regularly, mainly to train my feet to use the rudder reflex and flick the stick forward if necessary. Still so much to learn…

I do not fly IMC so question to those who do or know, is the stall warner relevant or important if in icing conditions? Just for my own education.

I do not fly IMC so question to those who do or know, is the stall warner relevant or important if in icing conditions? Just for my own education.

With ice contaminated wings the critical angle of attack is reduced so the stall warner, even of the heated variety, may not give sufficient warning. More modern AFMs give minimum speeds for flying with ice contaminated wings, and in some cases give the minimum safety factor for increased landing distance required. Either a limitation for no flap or max 25o flap setting will apply.

The increase in approach speed is material, and a 60% additional landing distance requirement is not unusual – assuming the runway is not snow and ice contaminated.

RobertL18C
Enstone (EGTN), Oxford (EGTK)
33 Posts
This thread is locked. This means you can't add a response.
Sign in to add your message