JU52 HB-HOT down near Flims

very sad day for Swiss Aviation. One of the historic JU-Air Junkers JU52, registration HB-HOT, has crashed today at around 1450 UTC at 2300 m altitude near Pitz Segnas in the Buendner Mountains.

From initial pictures, there is next to nothing left of the plane.

The JU can carry up to 17 pax and normally has 3 crew members on board.

The initial reports say there were 17 + crew, 20 total, all perished.

May their souls rest in peace in Heaven.

That makes you think about what you will never do with it !

A timely reminder to all here, there’s an easy way to do a quick and dirty DA calculation:
For every 8C above ISA, add 1000 ft DA. This errs slightly on the side of caution (i.e. it overreads), so gives you a conservative estimate to work from.

Why would this accident be density altitude related?


Why would this accident be density altitude related?

The crash site is surrounded by mountains and high ridges. I took an approximate shot from Google Maps.

This is a screenshot of the presentation shown by the police: 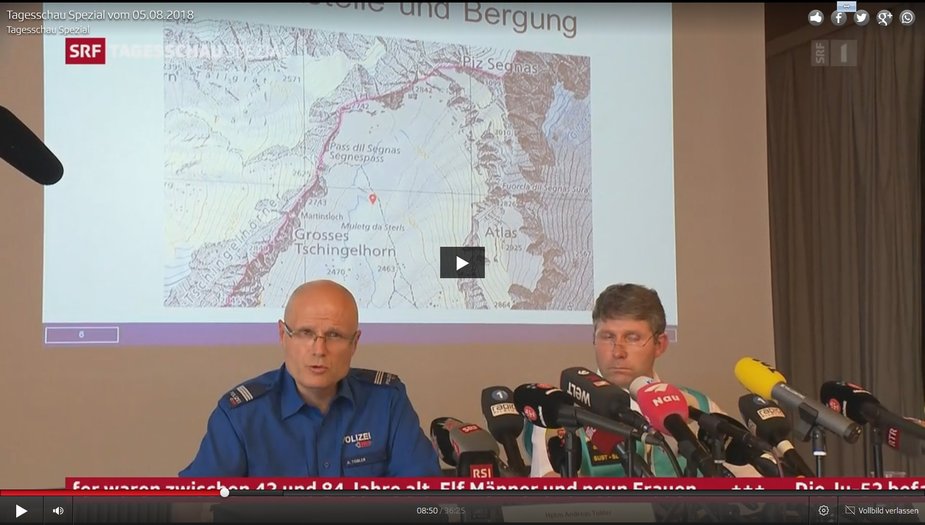 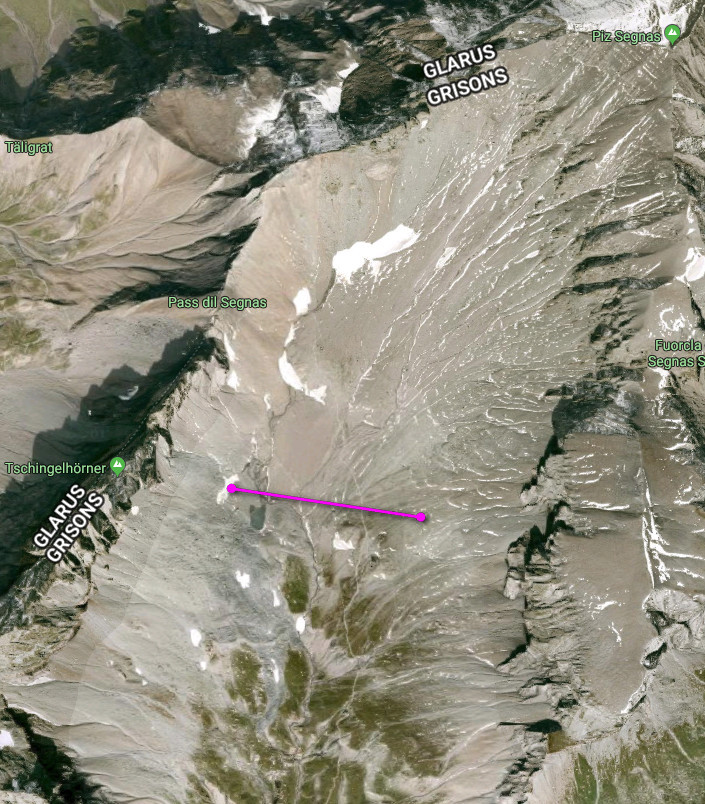 So unless they had engine or other issues, or something completely different happened, it looks like a really dumb mistake which many others have done before them.


So unless they had engine or other issues, or something completely different happened,

We may just have had a withness statement published in the Swiss press, allegedly by a former military pilot from the area, which would suggest exactly that.

The withness describes that about 10 minutes before the accident, the airplane was passing over his area. It initiated a left turn and was seen to drop significantly to the left, before a large engine input was heard, after which the airplane stabilized and continued seemigly normal.

If this is correct, there might have been a massive issue with controlability. If so, that has huge implications and might even suggest that the flight path was not the intended one.

As for the crash site, it has to be added that this is a site which is extremely well known to almost all pilots and many more people in the area and most definitly to the pilots of this airplane. They would not enter there on purpose if they did not know they could get over it. These two were very regular pilots of the JU, the PIC was one of the most experienced JU skippers with almost 1000 hours on type after a long career on airliners as well as both were former military pilots. In Switzerland this means not exclusively jets but also e.g. PC6’s and other planes. The 2nd in command had almost 300 hours on type, they had flown together many times before.

Mooney_Driver
LSZH, Switzerland
69 Posts
This thread is locked. This means you can't add a response.
Sign in to add your message

TB10 HB-EZW down near Lucerne