Autopilots which use GPS to fly an ILS

This is quite interesting. Both the Honeywell KFC230 and the Garmin GFC500/600/700 do it. They appear to use GPS data as an additional input to the control loop.

The KFC230 needs GPS and will disconnect upon loss of GPS data, leaving you to fly the ILS via other means; it appears that the HDG mode and VS modes will still work.

Re the Garmin ones, this was posted on some US site 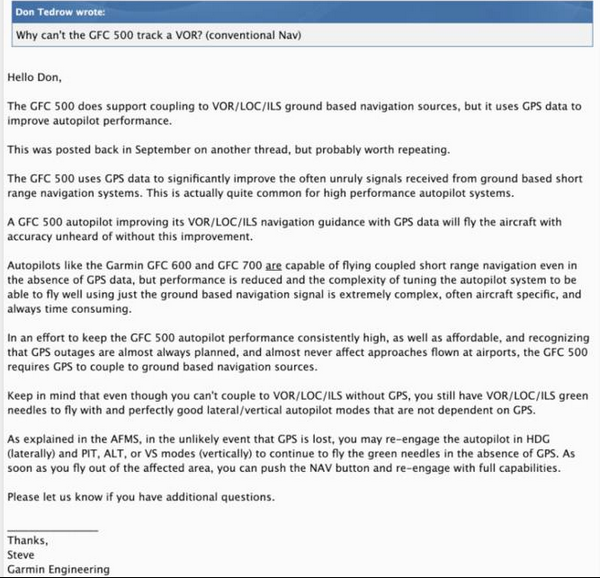 You have to read it carefully. The GFC500 will disconnect ILS tracking if GPS is lost during the ILS, although the HDG, VS etc modes remain available. The GFC600/700 will not disconnect but you get degraded performance.

Interesting, does the FD also use GPS data in this case?

Doesn’t IFR GPS suppress loss of integrity between FAF and MApt, and revert to deduced reckoning? In theory once past the final fix how does the autopilot know there has been a loss of integrity until you press suspend and activate the missed approach?

This scenario is on either a PBN GNSS approach or where an overlay has been loaded and activated. Presumably with this AP you always need the overlay activated even if the approach is terrestrial navigation? A GPS input running in the background that is not linked to an activated approach presumably does not help smooth out the autopilot?

I think probably almost nobody (posting about it) knows the details, but the impression I get, reading between the lines, is that the “gps based tracking enhancement” is transparent, so you don’t need to select any kind of GPS overlay.

This leads to the Q as to whether it recognises you are flying say ILS21 for EGMD and loads that as an OBS and tries to follow that as a primary, while using the ILS deviations as secondary (and integrating the error on those).

I don’t think it does that because that would require the knowledge there is an airport (an “endpoint”) there, which is the target for the OBS. Normally an autopilot will track an ILS just by tracking the LOC/GS signals; it has no knowledge of any airport at the end of it. The way to settle this Q would be if, to fly an ILS to EGMD, the pilot has to explicitly select EGMD as a destination. That would be rather weird, but who knows? It would also imply that the autopilot contains an airport database which will need periodic updating

AIUI, “classic” autopilots always fly a heading and this comes either from the heading bug (in HDG mode) or from the Course Pointer setting (in NAV/LOC mode), and they use the lateral deviations (which get used both proportionally and integrally) to tweak that heading (the tweak is necessary in the presence of a crosswind). It could be that these autopilots use a GPS track instead of the heading, as the primary. But they need to get the track value from somewhere.

Perhaps somebody with a GFC can tell us if he needs to tell it the destination airport, to just fly an ILS to it.


Perhaps somebody with a GFC can tell us if he needs to tell it the destination airport, to just fly an ILS to it.

On G1000+GFC700, you can keep GPS on direct to EGSX and just tune Southend ILS on VLOC+ AP on APP and it will fly the ILS accurately (and no need to load ILS approach or have EGMC in the FPL)

But loss of GPS signal (there are two GPS receivers one in MFD and one in PFD) does cause some degradation of the AP performance in VHF NAV as AHRS references and Air Data computer combine GPS data with manometer & pneumatic instruments and smooth them out for pilot display and AP consumption, but that amounts to the same quality of ILS tracking as flying on raw data from VHF signal & HDG fluxgate & AI data

In other words, when you lose GPS signal the AP will fly the ILS as bad as it’s done on raw data which is less smooth as AP tolerances will not account for ILS signal errors vs DME/GPS distance and the AP picks any manometer HDG or attitude AI errors 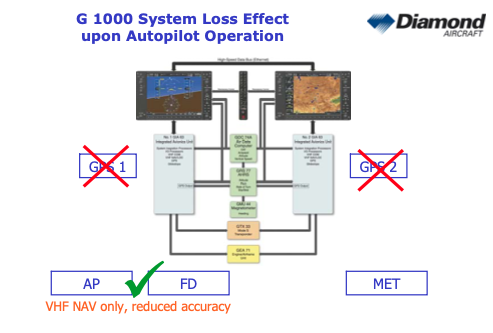 I’m in the middle of fitting a GFC500 so will be able to test once installed and I’ve got the hang of it if no one else with one can answer beforehand.

I believe this may be an enhancement. A common characteristic of all autopilots I have flown with is that they do a poor job on an ILS, particularly when there is a cross wind. This is because they need to sense a CDI deviation before they will compensate with a turn back to the course. They also lower the sensitivity after lock on of the course wind correction. The winds generally will change between the FAF and the MAP, typically by 90 degrees in direction and the velocity reduces. This often begins at around 500 AGL and the autopilot drifts off course at the same time the course becomes more sensitive. Let the inevitable S turns begin as you near the FAF. This could be fixed with GPS track and software. I did this experiment back in the 2010 time frame with an ILS and LPV to the same runway. Conditions were strong crosswind at altitude and straight down the runway at the surface. The aircraft was a 2008 SR22TN with G1000 Perspective system. The autopilot lost it at around 500 or 600 AGL on the ILS and was S turning all the way to the DH. Then did the LPV, it appeared to use a different control theory in the autopilot and does not depend on lateral CDI, but uses roll steering for lateral guidance. The same conditions, the autopilot kept the track dead center on while the heading smoothly changed with the change in the winds. You could see the angle to the runway change as the winds changed. It was a thing of beauty and I hit the AP disconnect at 30 feet above the runway, dead on the centerline. I recall writing to Garmin about this and suggesting they integrate the GPS into the control of the ILS to achieve similar performance, but only as an enhancement to the current control theory used in the ILS. I would not suggest dependence on it, just enhance when it is available for tracking the lateral course by detecting track drift continuously before the CDI shows a deviation that needs to be corrected in the first place.

There are at least some autopilots which fly the ILS well.

This is a typical track from my KFC225. ILS21 at EGMD followed by a go-around at the DH. The overshoot on the LOC intercept is due to the max roll angle set too low – I need to get this fixed one day – and probably due to a westerly tailwind, but after the FAF (8.5D – roughly abeam the bottom of D141) it is spot on. 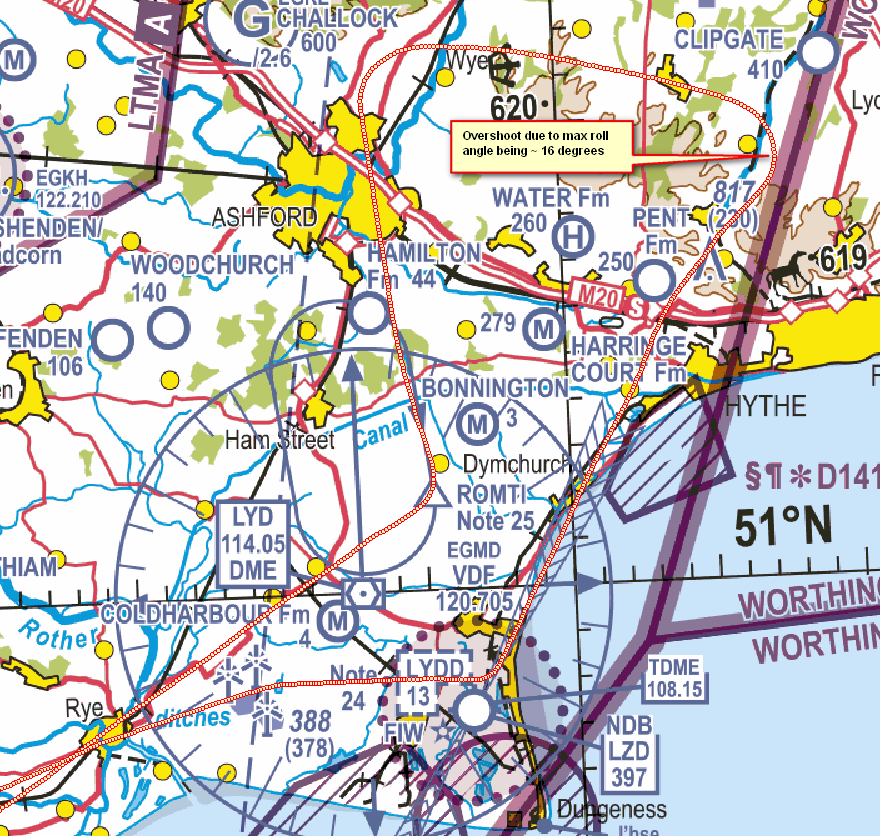 In comparison, this is the “antique” KLN94 RNAV20 EGKA version. The intercept is good but that’s only because I tweak the GS to suit; the KLN94 always starts the turn at about the same distance, despite there being a “turn anticipation” config option enabled. The tracking is similar to the above ILS although – this isn’t visible here – it is a lot tighter near the airport, with the 0.30nm FS final sensitivity 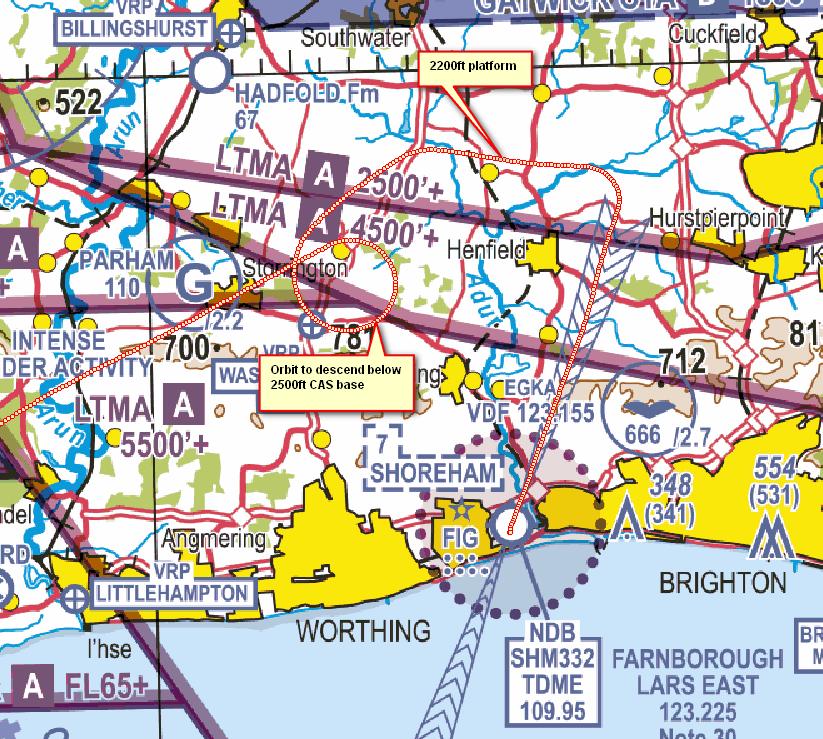 I guess the KFC225 is just good at flying an ILS… from the control system POV I agree it is hard to do the ILS well because the autopilot doesn’t know where it is relative to the airport.

And that leads to the Q I posted above: what GPS information does the KFC230 / Gx00 use and what does it do with it? If an IFR GPS is a requirement then presumably it receives the flight plan from it, so it knows the airport, so it knows where it is relative to the airport. And this can be tested by flying an ILS with one of these without having any flight plan loaded (with an empty GPS). I wonder who will be the first to test this.

NCYankee is right on wind correction for VHF NAV (VOR, ILS, LOC), the one on the Archer I used to fly with Century AP, it will apply max 25deg wind correction to heading while tracking the NAV signal before it disconnects, this happened to me once at Lydd, I figure it out in POH later

GFC700 does not suffer from max wind correction issue, maybe this where GPS comes in as it will help adjusting the limits on AP inputs on some adjusted HDG?, AFAIK GFC700 works well tracking VOR radials and LOC signals in +50kts winds and I just tested that recently (finished the show with my sub par hand flying but I recall it was 35kts crosswind and more 30deg corrections on Southend ILS23), I had North Weald in FPL and switched to GPS on the missed approach then heading 310 into wind leg, I did not even load Southend airport & approach in FPL…

Of course the quality of VHF nav tracking one has to trade-off stability vs accuracy, you can’t have both but capturing wind drift from GPS data into the equation is a good thing 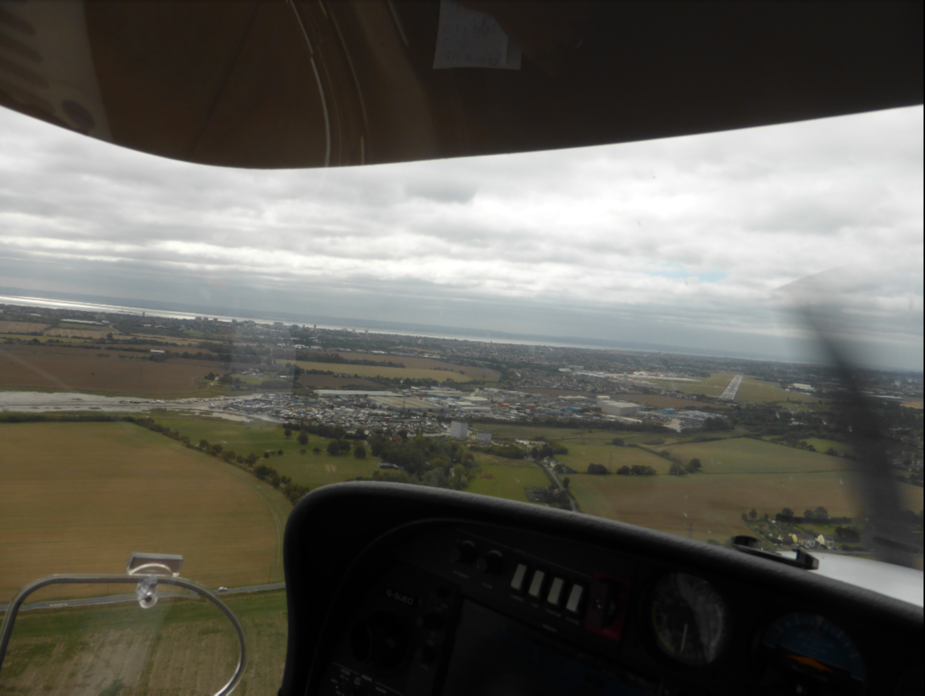 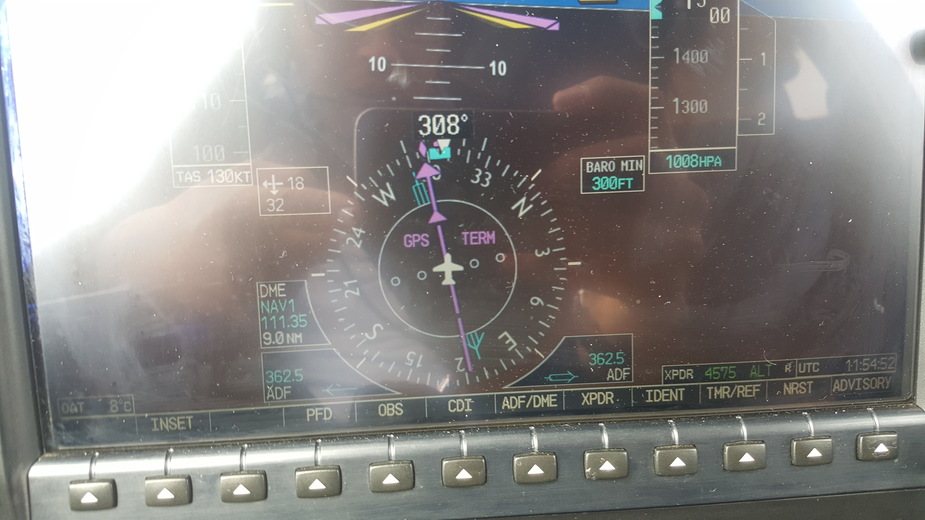 Is the above with a flight plan (to the airport as the final WP) loaded?

Peter
Administrator
Shoreham EGKA, United Kingdom
75 Posts
This thread is locked. This means you can't add a response.
Sign in to add your message