I’ve made a couple of trip videos lately and some people have asked how I make the videos and get the RT and intercom into the video, so here goes.

I record the audio on a Sony ICD-PX440 digital voice recorder. I believe cheaper models will work, probably the PX333 or PX340, but I understand they need to be the PX models which have an “Audio In” input as well as the more usual “Mike In”. 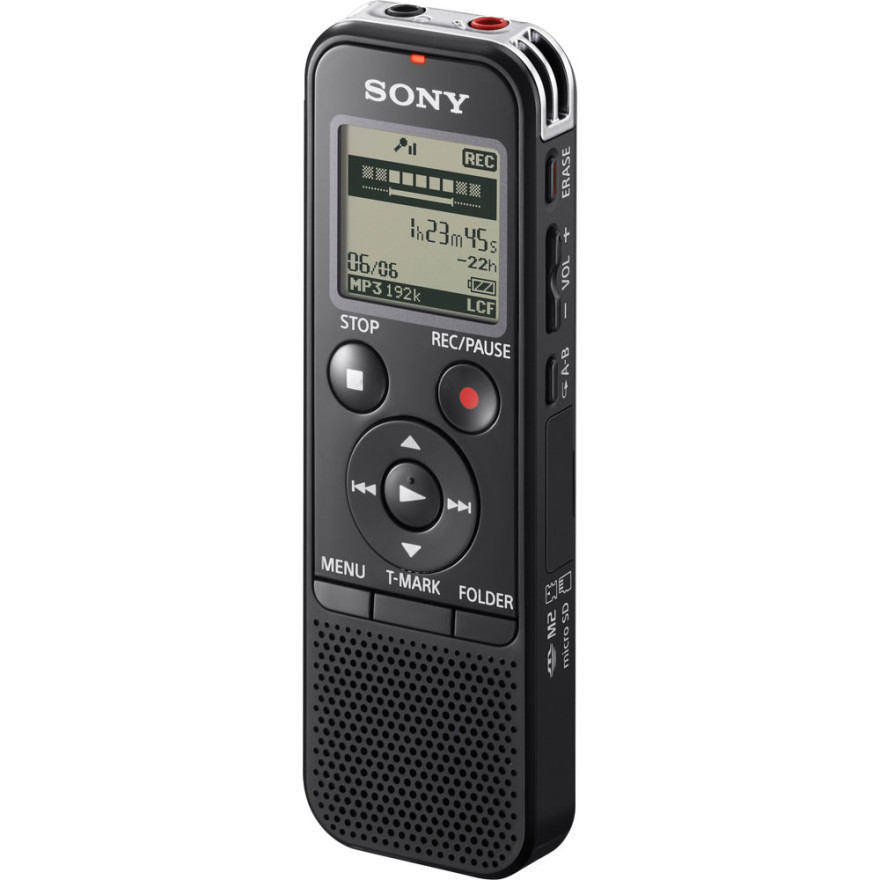 To connect it to the intercom I use a 3.5mm jack to 3.5mm jack lead plugged into a 1/4" to 3.5mm Jack Audio Adaptor which in turn is plugged into a spare headset socket. When the voice recorder detects an input it asks if you want to use the “Audio In”, which you do. The digital voice recorder runs for about 50 hours on a pair of AAA batteries, so I switch it on at the beginning of a flight and leave it recording the RT and chat until shutdown. 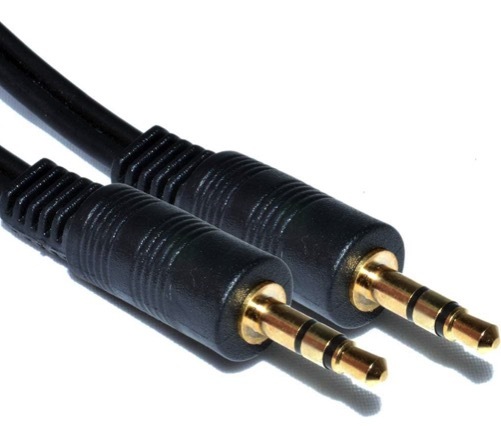 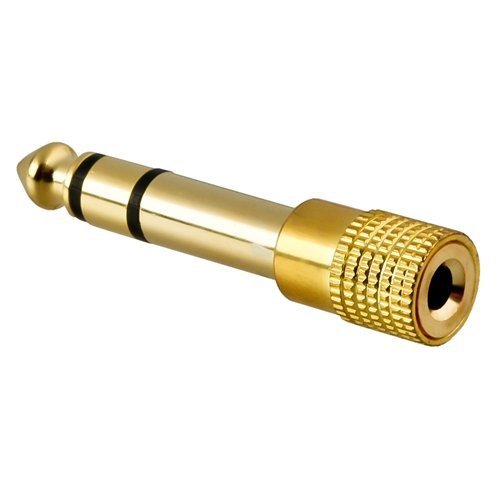 The digital voice recorder has a USB socket built-in so it’s a simple case of plugging it into your computer and downloading the file once you get home.

This is the tidiest solution I’ve found. The voice recorder sits out of the way and gets on with the job. The alternative is to connect one of the cameras to a headset socket and then you have extra leads flapping over the glareshield and wherever you have the cameras mounted.

The engine noises I recorded separately and they get edited in later, so none of the cameras that I use are recording sound at all.

The cameras I use are Garmin Virbs. There are two models, the Elite and HD. The Elite records GPS and accelerometer information which can then be displayed on the video. The HD doesn’t and is half the price. They are about to be replaced so they are relatively cheap now. The Garmin Verb Elite Power Bundle includes a (£40) bluetooth remote control and is £217 at the moment. The HD is only £97. The Virbs have good battery life (3:30), can be fitted with prop filters, and the mounts are relatively unobtrusive once the cameras are removed. 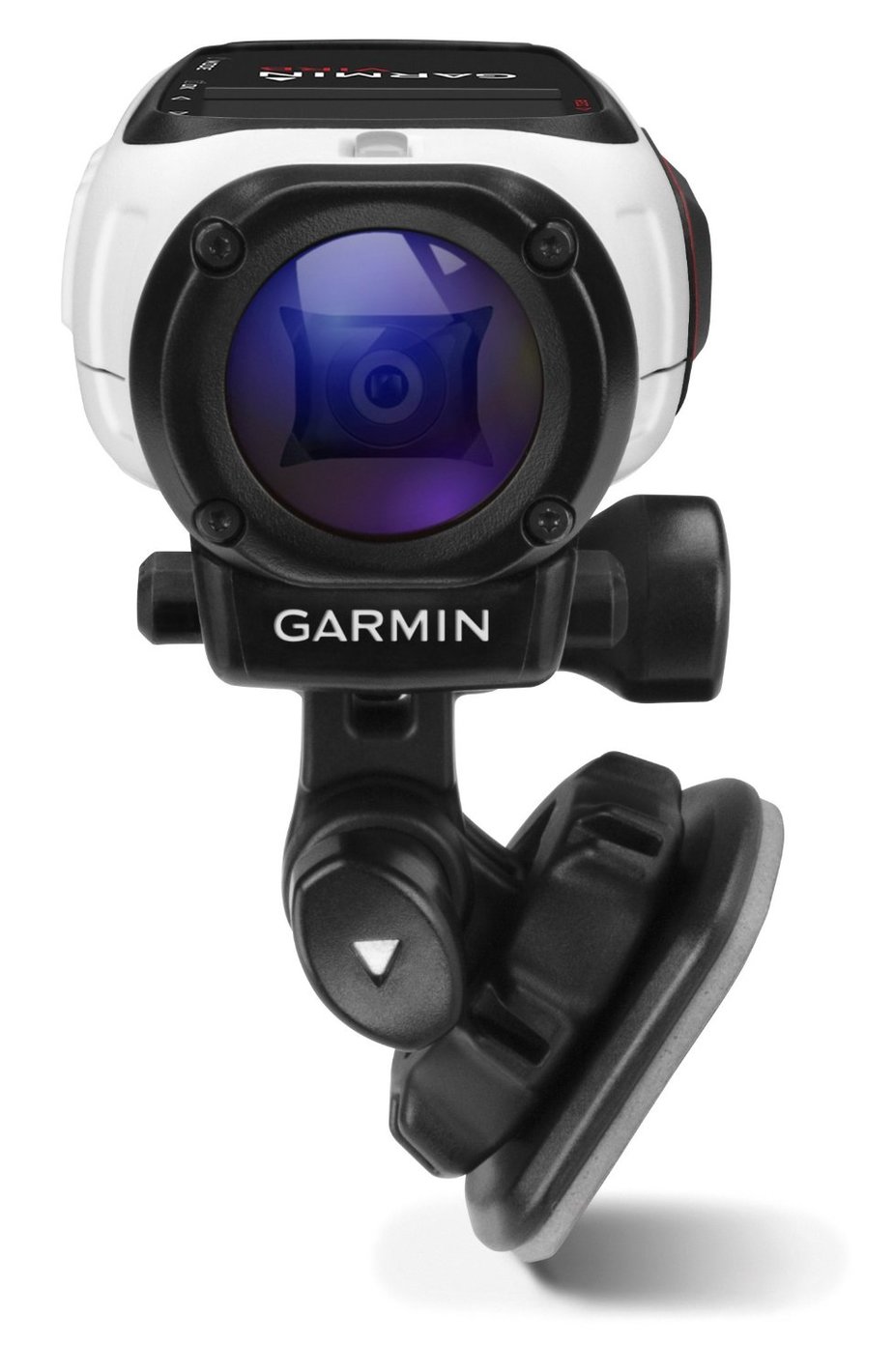 The bluetooth remote is useful for two reasons. Firstly, it runs on a tiny watch battery so it doesn’t need to be recharged each time after use. Secondly, it controls all cameras simultaneously. (Technically, it controls one “master” camera and the remaining cameras are triggered by the master.) I’ve velcroed the remote to my panel.

I bought one Power Bundle, one Elite on its own and one HD (you don’t need all the cameras recording GPS). The two forward-facing cameras are fitted with Prop Filters which blur the propellor movement in the video recording.

As you will have noticed in my first videos, the GPS information gets a bit wonky sometimes so I’ve now changed strategy. I also run a Bad Elf Pro (or Pro+) to supply GPS info to my iPad mini and to passengers, and I realised last week that I can export that data and use it in the video. As a bonus, the tracks recorded by the Bad Elf can be viewed on an iOS device. 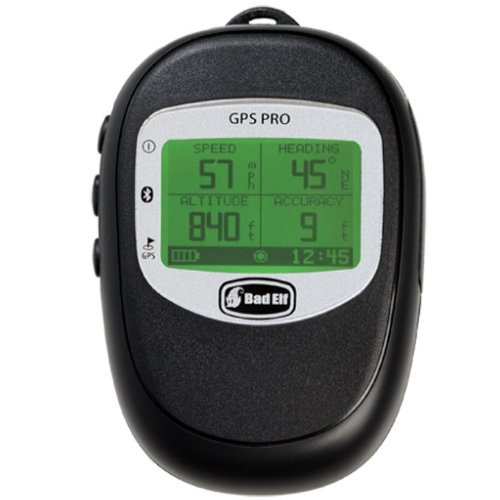 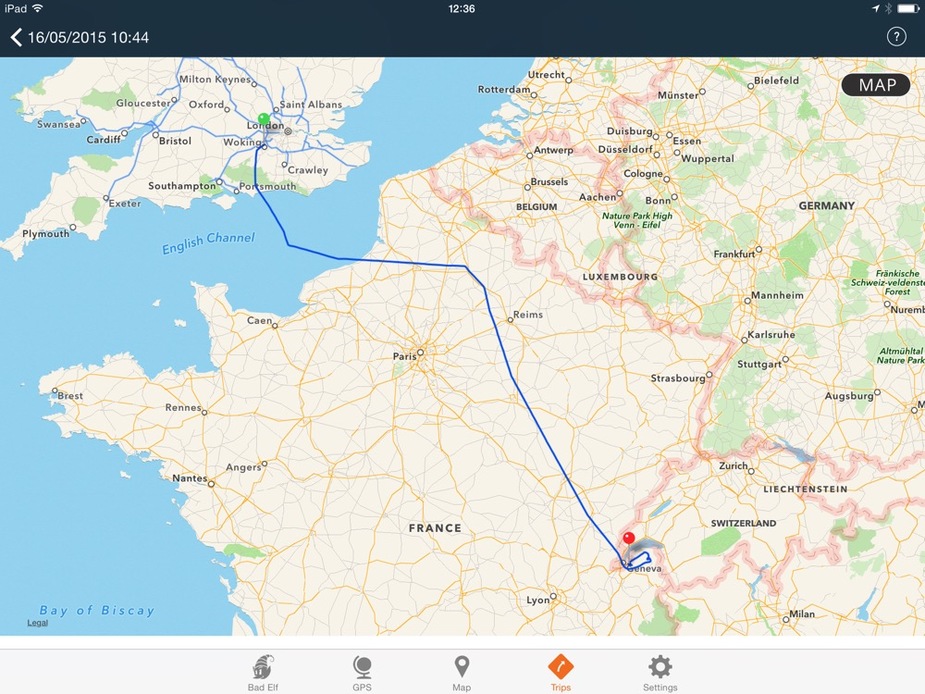 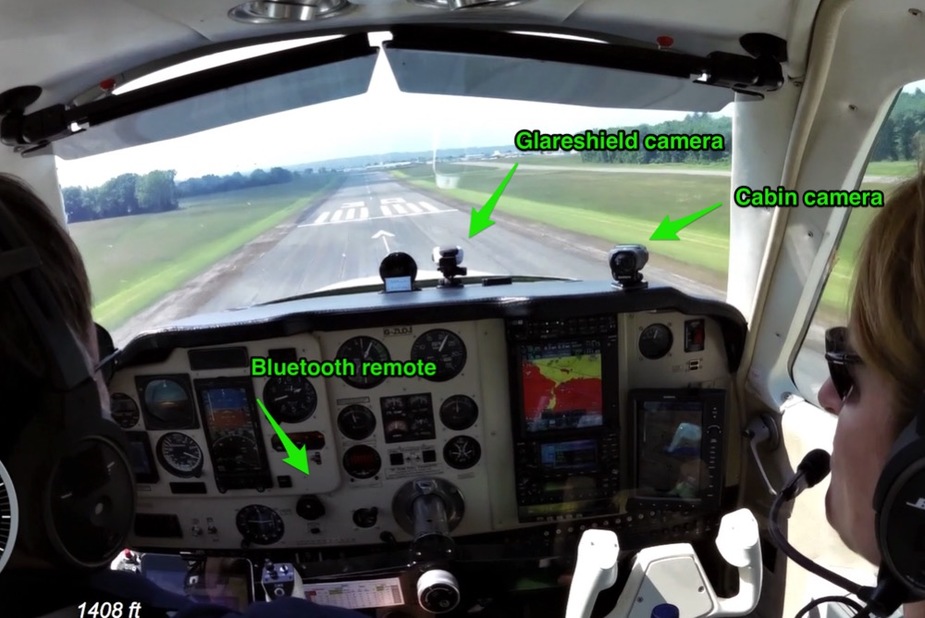 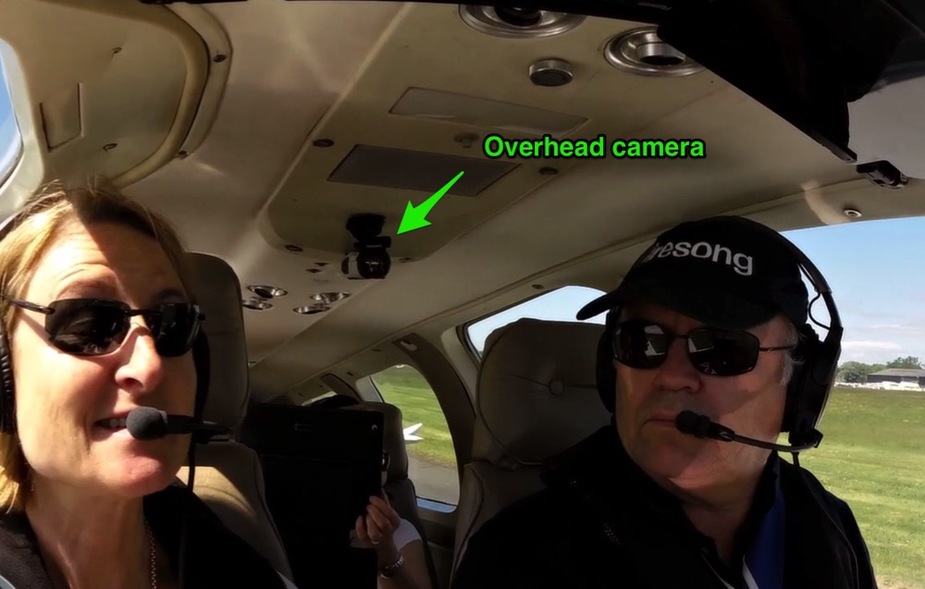 It is, of course, all very time consuming, but I think the results are worthwhile.

I hope this post helps others to create their own flying videos.

Thanks for the insight into how you create these videos, hopefully one day I’ll be in a position to make something similar. Great Fairoaks to Annemasse Video, oh to go and explore……..I’ll keep dreaming, maybe one day.

Chris – was the reason to record the sound on a separate device just to avoid sound leads going to one of the cameras?

Can all the Go-Pro and the Virb cameras accept a standard 3.5mm stereo jack input for the audio?

Chris – was the reason to record the sound on a separate device just to avoid sound leads going to one of the cameras?
Can all the Go-Pro and the Virb cameras accept a standard 3.5mm stereo jack input for the audio?

I don’t know about Go-Pros, but the Virbs need an adaptor cable to allow it to record “Audio In” instead of “Mike In”, so a voice recorder isn’t essential. But, yes, I don’t like cables everywhere and having a separate voice recorder lets me keep it out of the way.

An advantage of recording on a separate device is that you will capture all audio, even when the camera is switched off.
The Voice Recorder Chris is using runs for 50 hours, while a GoPro runs about 1hr on a fully charged battery.
Full HD cameras spit out gigabytes of data. I usually film only the “interesting parts”: takeoff, some shots enroute and landing.

If you record sound while the camera is not running, doesn’t that make it hard to get it “lined up” afterwards? 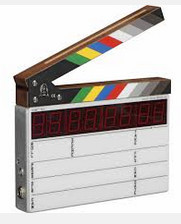 but if you are turning cameras on and off, you won’t be getting that alignment point.

The Canon G10 camera I use will do 7hrs at 25mbits/sec HD, on one battery charge, which is enough – I once recorded Shoreham to Barcelona, nonstop and unattended.

@chrisparker how do you sync the audio with video? The Editing Workflow scheme you posted doesn’t mention it, but I’m sure you’ll have to do it somehow?

If you record sound while the camera is not running, doesn’t that make it hard to get it “lined up” afterwards?

I went for the expensive audio adapter for the GoPro and I partially regret it in favor of a solution as outlined by Chris – for the obvious advantages mentioned.

I found that in creating flying videos, you hardly ever need to “line up” the audio (radio chatter, that is) with the video to any precision worth mentioning as you will most likely not be filming the mouth movements of the speaker but rather keep the camera focused on the windshield, the instruments, etc.

In my videos (previous ones and the one that is coming up shortly about my latest trip/s) I have even taken this liberty to the extent that I insert the “radio chatter” bits (and also, in my recent video, an “abbreviated” ATIS to better fit the soundtrack) where I believe they fit best for dramatic effect and not necessarily where they actually occurred.

I realize this comes at the cost of accuracy for an aviation-minded audience and as such are in no way like, e.g., Guido Warnecke’s highly informative flying videos. But I think it supports me in capturing the emotional aspects and the fun of flying as such and getting that across to a “neutral” audience.

how do you sync the audio with video?

As Patrick says, it’s only necessary if you can see the lips moving! But it’s not that hard to do. I have a single audio track and I know roughly where to look for the bit that I want if I need it synchronised. And if I sych the whole clip before I start editing then I only have to do it once.

The workflow would be better if I could sync the audio in the Garmin Virb Edit software, so the clips that get imported into Final Cut Pro already have synced sound.

But most of the audio just goes where it sounds best.

I like the idea. Most of the time when I hear something interesting on the radio my camera is not running.
But if you capture it all on a voice recorder, you can just add it to the video later.

I have a GoPro 4 with the USB audio+power cable. Video editing can be a hobby on it’s own. Its very time consuming. Here’s a video of a flight over Spain on our way to Tanger, Morocco. Audio in Dutch unfortunately..

lenthamen
EHLE
19 Posts
This thread is locked. This means you can't add a response.
Sign in to add your message