Voltage regulators - why so many models, and performance 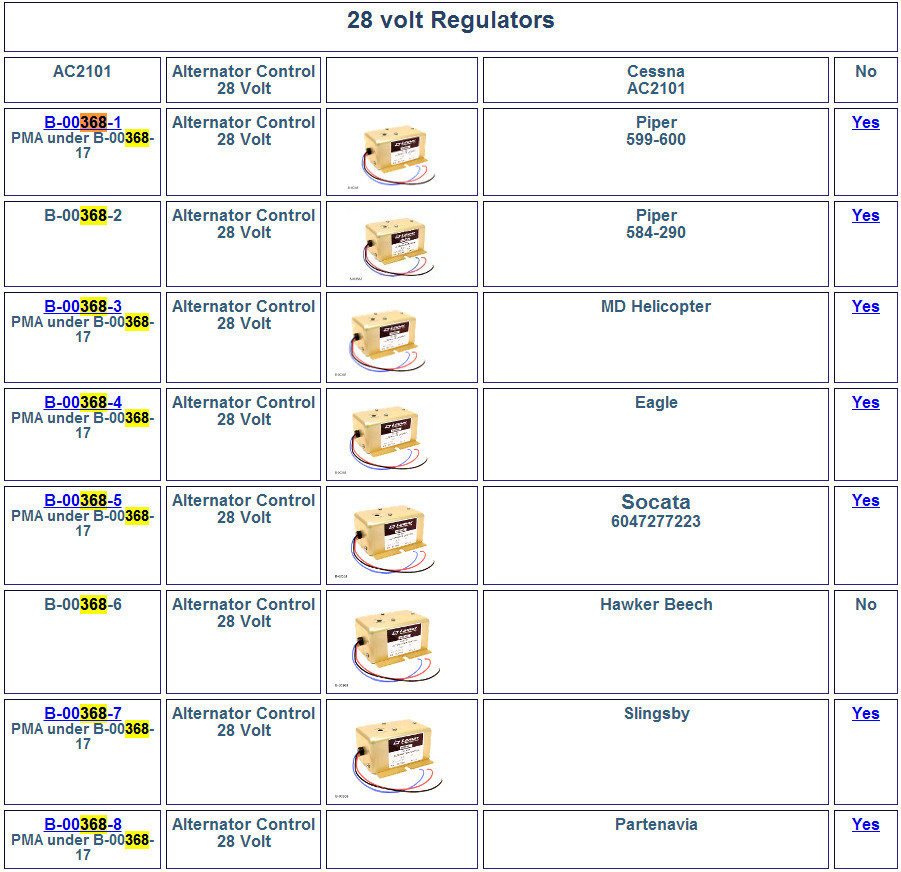 I can’t see what could be the difference between say the -2 (Piper) and the -5 (Socata).

Potentially a Socata and a Piper could have exactly the same alternator and the same range of loading, so the control loop behaviour of the voltage regulator should be the same.

Maybe the reason is to create different labelling to protect the OEM parts supply, by creating narrow channels which result in most models not being widely stocked. 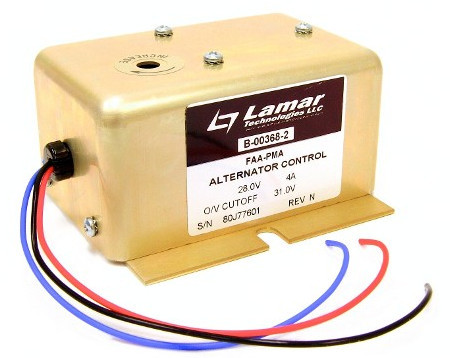 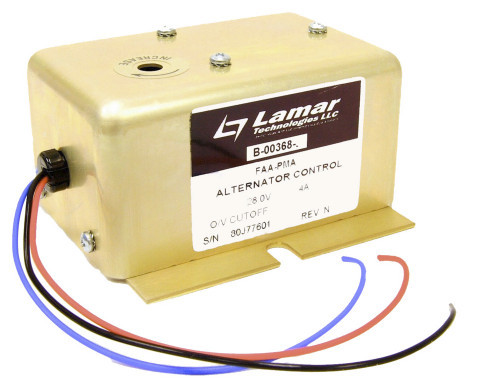 I suspect this numbering scheme may be to protect OEM customers (aircraft manufacturers) because Lamar don’t list the -5 on their data sheet page but they list the -2. They also don’t list anything between -2 and -17

OK; this gets really interesting for Socata 28V TB owners. I just got this from Lamar:

In reality either trip point is perfectly OK on a 28V system.

The internals of the Lamar regulator are here

I have done a bench test of this regulator

What is interesting is how wide a voltage range is regulates over. Basically this means that between e.g. these two cases

(I am guessing the above figures since I have no means to measure it) there is a variation in the regulated voltage of something like 0.5V. This is huge. It is the difference between a battery not charging to anywhere near capacity, and a battery being overcharged.

I was expecting the regulation band to be say 0.1V i.e. the control loop gain to be much higher. But presumably they found that they need this low gain value for stability across various alternators and loads.

The design is obviously crude, with no voltage reference component visible anywhere. Even in 1975 this would be unforgiveable. So, being a Sunday morning, I tested the temperature coefficient. It turns out there are two zener diodes which determine the voltage, and they drift in opposite directions (a 5.6V zener is close to zero and either side of that you get the two different directions). I assume this was intentional

There is a 0.05V drift in the first 10 seconds after startup.

The temperature coefficient of a lead acid battery is -3mV/degC (reference) and this is for the single cell (2V) so it would be -36mV/degC for a 24V battery. The regulator does have a negative TC but it’s quite small at about -5mV/degC. IOW, the regulated voltage drops from 28.0V to 27.9V as the ambient goes from +20C to +40C. This could be significant though since the regulator is often mounted on the firewall, either inside or outside. If mounted on the outside and at the top of the firewall, it could be seeing -40C so will generate 28.3V. However I suspect this value is heavily batch-dependent.

Another little detail which became obvious during the test is how critical it is to provide the regulator which a good connection to the battery voltage. If say it is fed from a wire which feeds some other loads, and drops 0.5V on the way, the regulator will be generating an extra 0.5V and that will overcharge the battery and reduce its life considerably. I wonder whether people who work out aircraft wiring are aware of this. It would explain an awful lot of issues found in the field, with some batteries delivering poor performance for some people and not others. Especially as, due to the hassle involved, nobody tweaks the regulator setting with the engine running, all normal aircraft loads ON and with a voltmeter connected to the battery…

Another thing I found is that when driving a field current of only 1A the case gets really hot, with a temp rise on the bench of about 30degC. So it needs to be really well mounted on a decent metal surface if it is to survive anywhere near the full alternator field load.

This is the test setup, with an 11 ohm field load which is exactly the field resistance of my alternator: 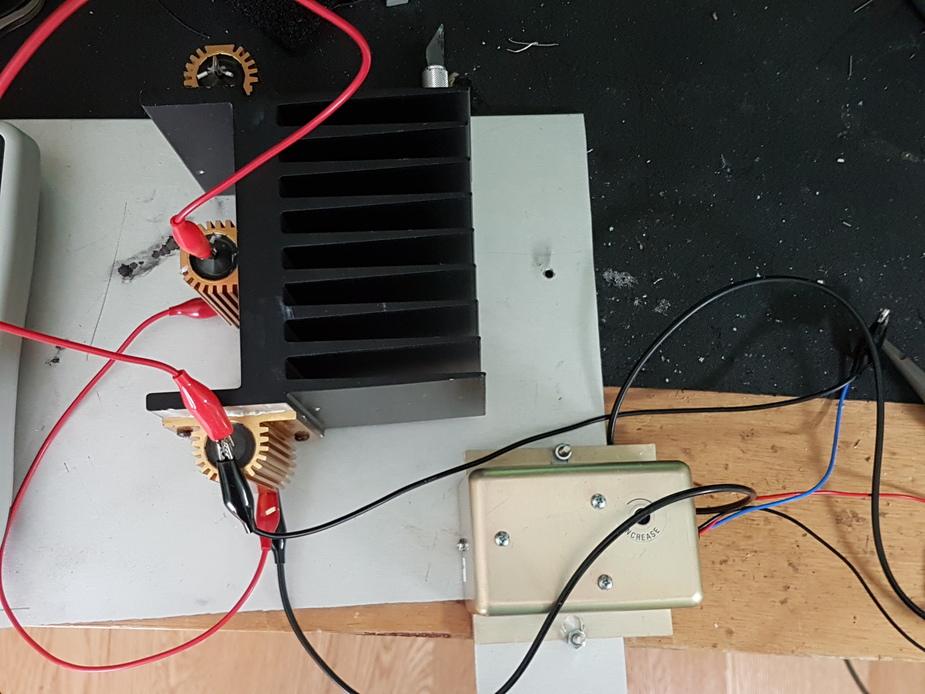 Peter
Administrator
Shoreham EGKA, United Kingdom
5 Posts
This thread is locked. This means you can't add a response.
Sign in to add your message