Why do Beech Bonanzas have such a strong following?

An interesting article on why Beech used magnesium is here

Re Bonanzas, tomorrow I’m scheduled to fly in this… I found a reference or two to turbine Bonanza conversions on this site but very little. A couple of guys have them in my local US area, and given the Bonanza’s short field capability I’m wondering if it wouldn’t a good plane for Europe. Apparently 200 kts is a good flight planning speed and that’s the limit of my knowledge! 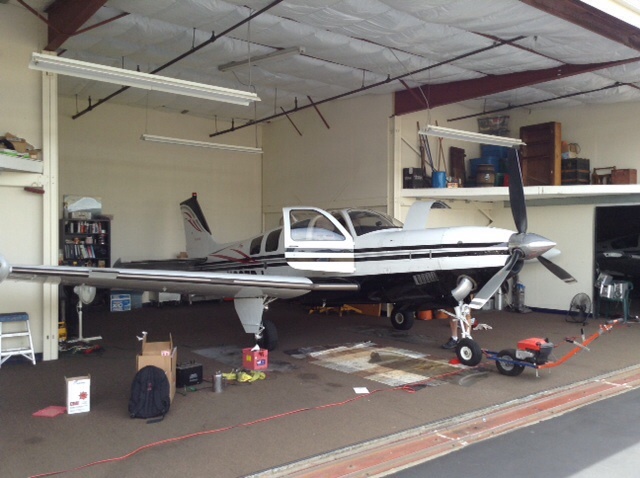 From my POV the flight is to practice planning and VFR radio procedures for very busy airspace with an instructor friend. He’s apparently decided to throw me in at the deep end.

There was one based at Tatenhill until it was written off.

I agree and am not a fan of oxygen systems. OK for pilots but passengers hate them.

I think a large % of the desirability for pressurisation on a turboprop is due to the poor MPG at low altitudes. If somebody made a TP engine which has piston-level SFC at FL150-250 that would change things dramatically. At FL150, oxygen is not a problem. At FL250 it is a huge problem.

I am not sure I agree Peter. The turboprop conversions using little helicopter turbines are made for those levels. I think it is that people who want a turbine also want the comfort and weather avoidance that FL200+ gives you.

And in my experience passengers hate them at any altitude (O2 systems that is). Of course they dramatically improve capabilities for those that have them and are fine but pressurisation is a major improvement. It comes with an upfront and weight cost of course.

I agree. It’s a “game changer”, as some of our friends would say.

One pays a high price for pressurisation.

If there was an efficient TP engine, a whole new market would open up. Currently, the market exists significantly only where a lot of money is to be made in commercial or quasi commercial / heavy utility operations e.g. the Caravan, various paradropping planes, etc.

Actually there are even two Bonanza Turbine conversions (plus some one off experiments).

The one on the picture is the Alison powered Tradewinds conversion. Much can be said about it the performance is in the range of the Silver Eagle. Maybe even the biggest drawback is that the company making it did never seem solid enough to me personally that I would invest half a million in this conversion.
In addition to the turbine you need TKS, tip tanks and in the end the plane also looks quite “strange”. I love the basic Bonanza but it was never meant to be be modified this far.

Then there is the TurbineAir PT6 conversion from Rocket Engineering which is based on the bigger B36TC. This is the company making the Jetprop. It has much more performance and does seem to be a more attractive product. But you need a Beech 36TC as the basis which is quite rare so you end up buying neraly always the plane and the conversion. Then you think why not spend nearly the same and get a Jetprop.

Finally there are some one offs based on the Baron 58P hull. These even have pressurization. The is the “Lightning” product which Beech never completed. If Beech does one day who knows.

In the end I think the real game changer is the Meridian. The older ones are offered cheaper then most Jetprops and soon they will be available for less then a new Cirrus.

Sebastian G
www.ing-golze.de
EDAZ
59 Posts
This thread is locked. This means you can't add a response.
Sign in to add your message

Fast(ish) multirole 4 seaters..
Longest ownership of a particular aircraft and which mods you have done
Bonanza operating cost
Yet another "new" "toy" to fly for me... (Beech 33)