The absolute worst things in GA


The description is PR mush. I think its a government paid flying club that does some search and rescue. As a taxpayer I’d rather the funding be eliminated

I came across this at Dare County Airport KMQI Manteo, North Carolina, where there is a small museum in the rather excellent FBO: https://www.darenc.com/departments/airport/museum

During WW2, the CAP flew anti-submarine patrols off the eastern seaboard to deter German submarines from attacking merchant shipping. “The United States military proved completely unprepared to defend coastal shipping…U-boats sank more merchant vessels off the U.S. East Coast in 1942 than off the British coast in fall 1940…In the first half of 1942, U-boats sank three million tons of shipping in American waters at a cost of just eight submarines”. The US Navy was reluctant to engage with CAP, but the role was taken over by the US Army who directed the CAP to fly U-boat spotting missions. They flew Stinson Voyagers equipped with a bomb or depth charge (really!). Although, perhaps not surprisingly, they failed to sink any U-boats, these brave flyers played a key role in saving many lives as, when spotted, a U-boat would crash dive and dash to avoid being depth-bombed by surface ships. 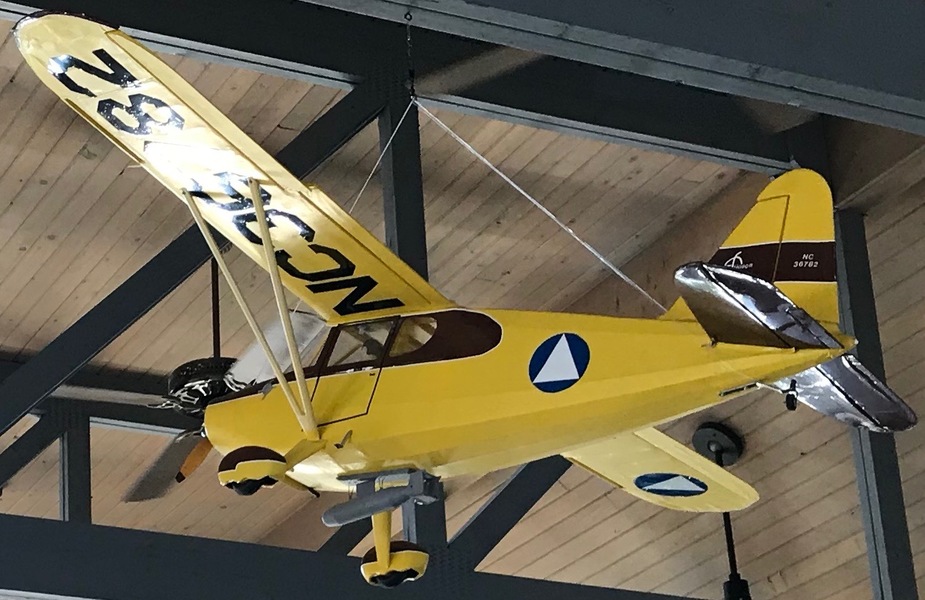 And of course, the FBO at Manteo did not charge any fees for landing or parking overnight, and provided a hire car delivered on the apron (sorry, ramp) so that we could visit the Wright Bros First Flight memorial up at Kill Devil Hill a few miles away. Wrong thread – should be best things in GA


provided a hire car delivered on the apron (sorry, ramp) so that we could visit the Wright Bros First Flight memorial up at Kill Devil Hill a few miles away

Well, why would you take a car when when you can fly there? First Flight Airport


Well, why would you take a car

Avgas. And a visit to a very fine micro-brewery. I was not the driver

“directed the CAP to fly U-boat spotting missions. They flew Stinson Voyagers equipped with a bomb or depth charge (really!).”
RAF instructors at Montrose flew Tiger Moths with demolition charges on racks to drop when underwater UBoats were sighted. The aim was not to damage, but to alarm, as the sound might be a more distant depthcharge.
(Not a “worst thing in GA”.)

My original post on the US Civil Air Patrol was to say that “The purpose of the organization in 2020 is regardless not exactly clear to me, nor where the money comes from. They do have 550 flying aircraft, which is quite a number”. What they did in WWII is surely interesting but they’ve had quite a bit of taxpayer funding to justify since that time.

I’ve been reading the two volume series on the Stinson Voyager… if only hangar space were free and time for maintenance were infinite.

The holder of a commercial pilot licence who can’t do a turn with the aircraft in balance and is than happy to land without kicking off 30 degrees of drift.

On further questioning they then have no idea how to hold the controls when taxing.

And just to put the record straight the girl that got the aerial photo job back in 2008 didn’t get it because she had tits she got it because she could do the above. Probably because she had done some gliding as a kid rather than spending 100K at some world leading flying school that promised them an airline job.

Bathman
74 Posts
This thread is locked. This means you can't add a response.
Sign in to add your message