Would you consider adding a BRS parachute to your plane ?


My wife gives out to me that I don’t take her enough places!

Having some trips without her would keep things interesting, I mean flying trips

A pioneering BRS using a Stinson 108

That is astounding! But why sever the wing bolts to deploy the chute?

It seems to add an extra level of problems if e.g. the wing bolt charges work but the chute charge doesn’t; then you have a plane with no chute and no wings

Also interesting about severing the fuel lines with explosive charges. NASA used an explosive activated guillotine to cut through the cable harness between the two halves of the lunar lander (on departure from the moon).


It seems to add an extra level of problems if e.g. the wing bolt charges work but the chute charge doesn’t; then you have a plane with no chute and no wings

There was two cirrus LoC accidents where the chute was not deployed but the pilots managed to regain control and land safely (even dragging half of the chute behind, this will never be the case with no wings

Calculating the Cirrus residual risk in a truthful way, we must exclude all events that happened before they introduced their chute-focused emergency training. Before, too many tried to emergency land the plane and died doing that.

Let’s face it: what we pilots think is only one half of the medal. What’s very important also, is what do passengers think ?

A chute takes a lot of known and unknown concerns off innocent bystanders – such as pilot incapacitation, pilot proficiency, pilot risk acceptance curve, etc. Since even very experienced pilots frequently bite the dust, that is very understandable. “We” pilots have differenct risk matrix compared to non-pilots. We accept the risk of engine loss or mid air when we first climb into an old C152 or C172 or whatever it is. We learn to suppress any doubts, because we learn how to emergeny land the thing, right ? When we’re done with the training, we have a different view upon things. That’s the number one reason why so few people in the aviation industry really want to change anything. We’ve done it for 50 years. No chute for 50 years. General aviation is just declining, cannot do much. Oh, Cirrus, sure, that’s only marketing, isn’t it. No, we don’t need to change anything.

My position is: a modern, 2019 production year, small general aviation airplane either has two engines (such as the Diamond DA42 / DA62), or if SEP, has a BRS, plus all the modern avionics available today, including auto land. I think sooner or later even Diamond and others will understand that, so they either add a BRS to their planes, or they abort the airframe (I am waiting every minute for Beech aborting their G36). Cirrus sold 203 airplanes (!) in the first half of 2019 alone, compared to single digit sales of all other brands. Why is that ? Because the Cirrus is how a modern airplane should look like. They have a bloody monopoly.

This is my opinion as an independent observer. As a 1992 Beech Bonanza owner without BRS, which I fly happily, I have a different one (as any other pilot), which is: I have to live and fly with a compromise. Sure it works, why not. I don’t need a chute.

What I am not so sure, however, is wether our passengers, wives, little kids, etc. would follow me here if they knew all the factors behind that compromise ?


Cirrus sold 203 airplanes (!) in the first half of 2019 alone, compared to single digit sales of all other brands.

I guess the 2019 data will eventually speak for itself, but here is the GAMA data for 2018. I haven’t seen a new factory produced aircraft of any type in the wild for years (the last would have been at Friedrichshafen circa 2013) but I do see lots of new RVs, not shown in the GAMA data and minus airframe parachutes. That’s the change in GA I see… and they just keep coming at the rate of about 1.5 new RV airframes flying per day. 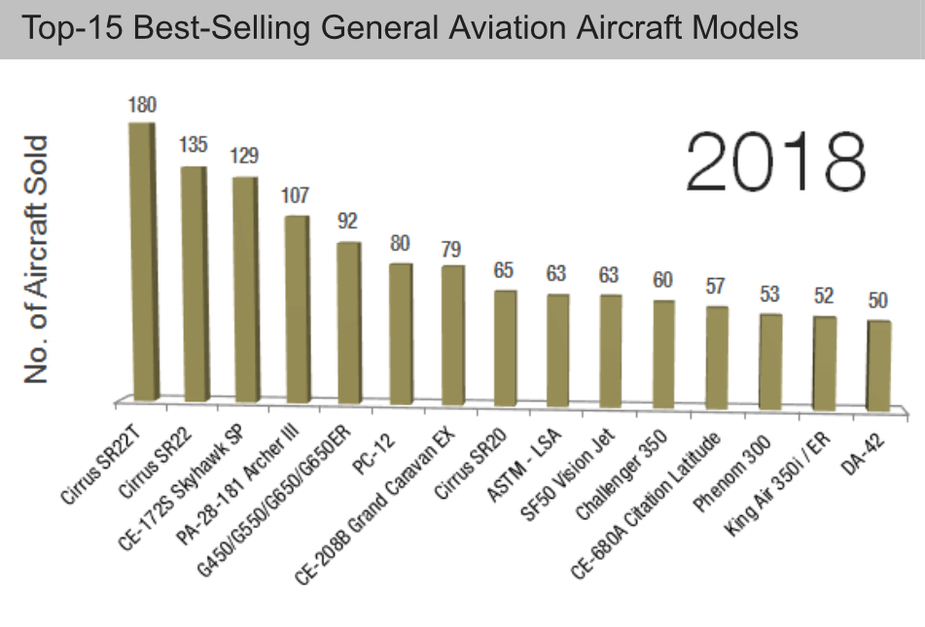 Lets see…
Cirrus SR22T, Cirrus SR22 – BRS.
C172 and PA28 are selling a lot to flight schools, BRS not being the primary focus. And there is an aftermarket BRS for the 172/182.
Cirrus SR20 – BRS.
Cirrus Vision Jet – BRS
The other types are clearly not in the chute relevant category IMO.
Not mentioned are Mooneys and Bonanzas, Diamond SEPs, Aquilas, and many other SEPs.

Cirrus certainty has its niche in the GA market but it’s a broad GA market and I think GA market volume and some individual buyers are continuing to move away from factory built planes, except for trainers and ULs, and most of the GA market is not BRS equipped. Cirrus is something like Lexus, certainly something a few people want and are willing to pay for, but not the main market. Here’s the 2018 data by manufacturer with the obvious ‘elephant in the room’ being Vans (not shown) with something like 550 first flights – more than any other.

Diamond is not a big seller, substantially less than Tecnam. 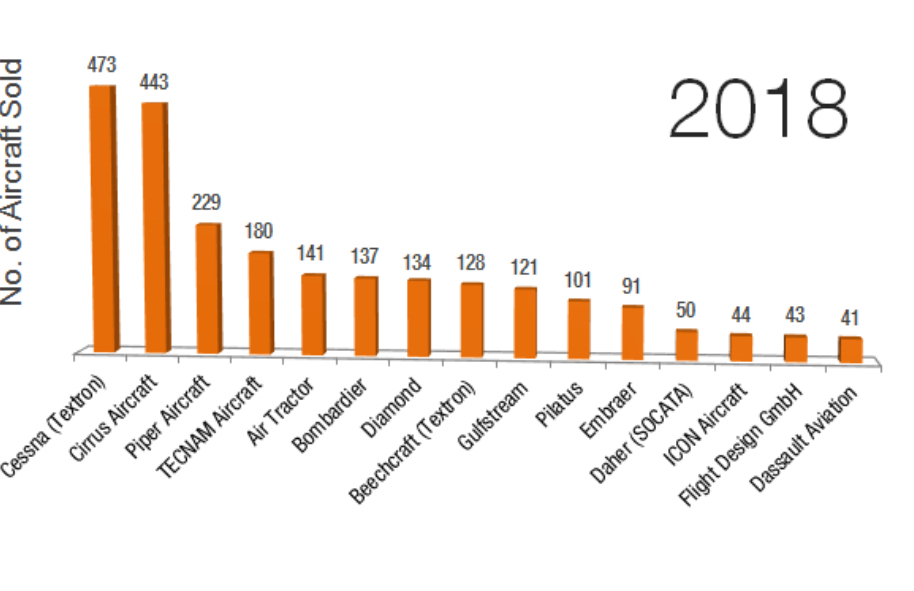 Silvaire
USA
180 Posts
This thread is locked. This means you can't add a response.
Sign in to add your message

VFR-only certification, and moving these to IFR, certifying the RV, etc
Fly-in May 2020
Time to say goodbye to aviation?
Why has the SR22 been such a success?