We have an almost completely new panel in our Mooney 252 and I started a similar thread over in mooneyspace.com . As I presume not many of the EuroGA regulars read that forum, I dare to post the story here also.

We bought the plane in 2012. It was based in Germany before, where we live. However, it was on the N-register and we don’t intend to change that. And this is what the panel looked like: From the beginning we wanted to go for ‚more glass’ in the panel. As everybody will remember, EASA mandated that under IFR all COMs had to be 8.33kHz capable in European airspace by 2014 (it was relaxed later on). We had a Garmin GNS480 as COM1, which is not 8.33 capable and a GMX200 as MFD. The IFD 540 was not available at that time and having a 480, a used 430 was not an option, so we decided to replace the GNS480/GMX200 by a single GTN750. We had that job done in December 2013. As we planned to cross the Atlantic in March 2014 (what we did) we didn’t want to have the whole panel changed before that. We didn’t feel like setting out to this adventure with a panel we were not completely familiar with.

After we were back, we went on with our plan. Still a decision had to be made which way to go with the PFD/MFD: Aspen or Garmin. We had played around with both of the two extensively in OSH and at AERO. I read everything I could read about the two boxes and it was a close call. However, the fact that I had done my IFR training on a G1000 equipped 182 and we already had a Garmin device as GPS and hoped for better interoperability, we decided to go for the G500.

On the way back from America to Europe in 2014 our AI quit. And this damn thing decided to do so in Kangerlussuaq, Greenland. We had landed at 50+ airfields in the US where it would have been easy to have it repaired. Not so in Greenland, of course. We were stuck there for a week and don’t ask how much it was to get an AI there. After this experience I didn’t want to have a mechanical gyro in the panel, not even as stand-by. Therefore we opted for the Mid Continent SAM as stand-by. There was no other certified glass option at the time we had to consider.

With the G500 and the SAM it was very tempting to get rid of the steam gauges completely. So finally, we had to decide on the engine monitor: JPI or EI. Again, we had tried them in OSH and at AERO. This, and what one can read on the internet made us opt for the EI MVP50.

The G500 in our installation features synthetic vision and is equipped with a GAD43e to interface with with legacy components in the avionics stack. Besides the ADF, the DME and the NAV2 this is the autopilot. While the navigation instruments just display on the PFD, the AP is tightly coupled. There is altitude and vertical speed preselection from the G500 as well as roll-steering. We have only a couple of hours under the belt with our new toys so far, but the the coupled procedures worked really nicely in our first test flights. Not visible in the pictures, there is a Skyview TAS installed, which was there when we bought the plane. It displays on the MFD and the 750 what works fine, as well. Finally there is a WX1000 Stormescope and a panel mount satellite phone (COM3) which were already there an which we kept.

And this is how it looks now: 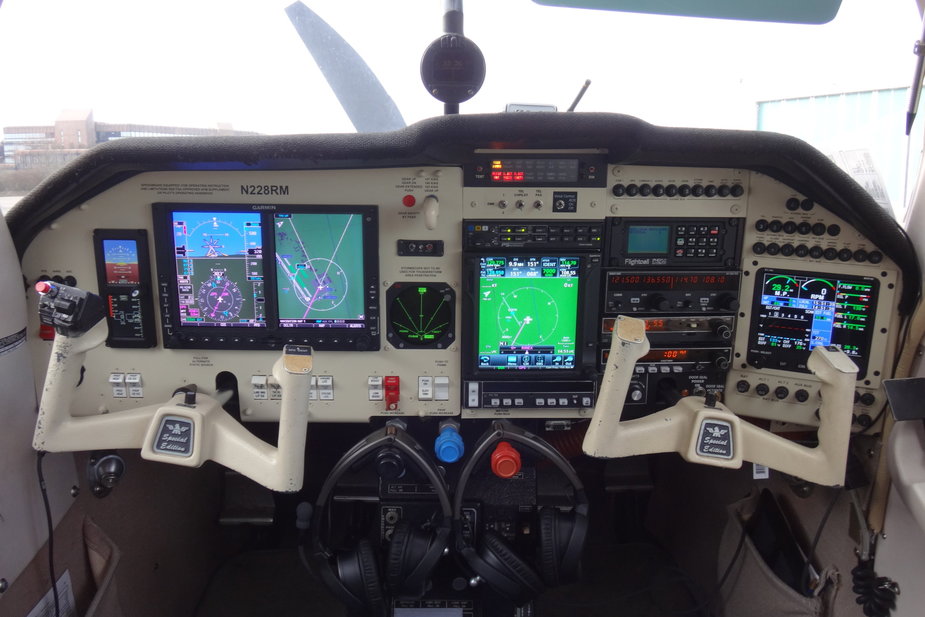 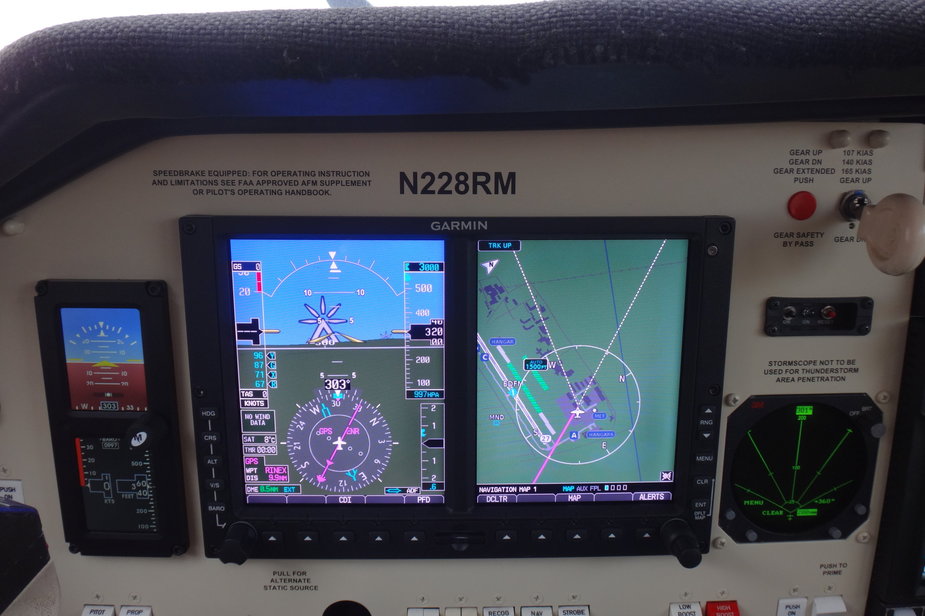 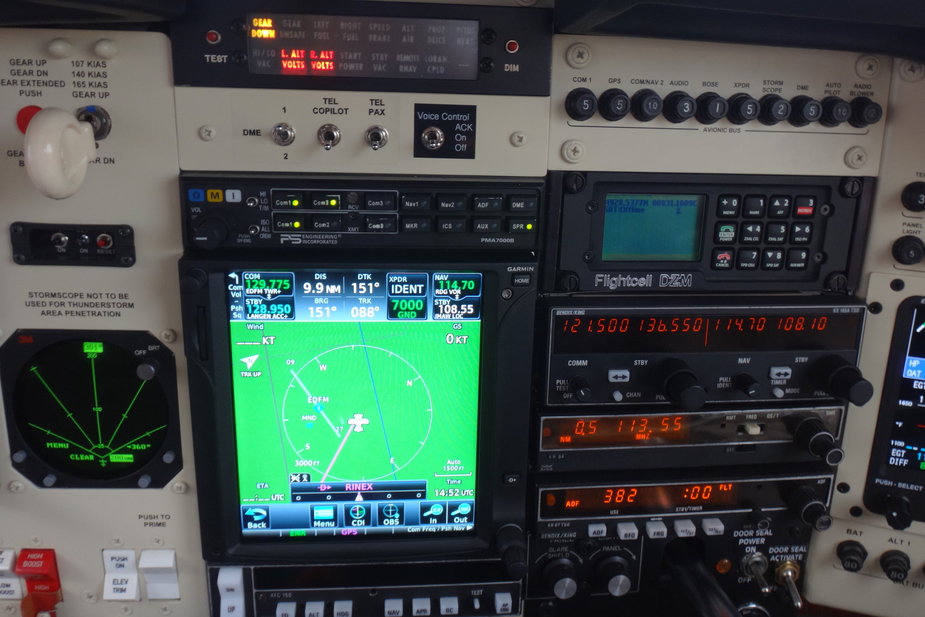 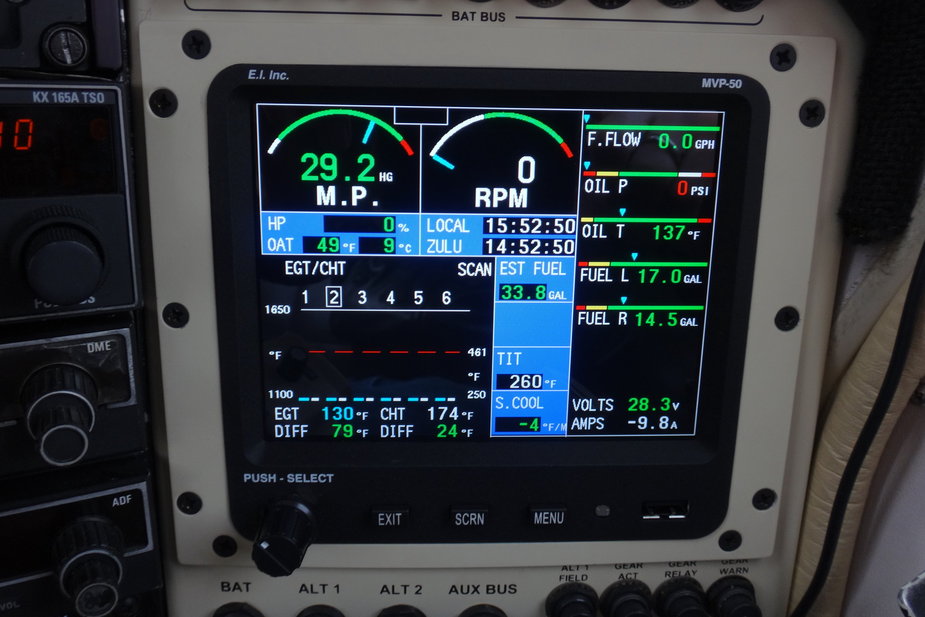 The best Mooney ever just got better

Great panel transformation. Did you consider replacing the second NAV/COM with a GTN650?


Did you consider replacing the second NAV/COM with a GTN650?

Yes, we did. Another consideration was to replace the WX1000 with a “head-less” WX500. But we didn’t feel that the advantages were worth the price. It certainly would have been nice, though.

I saw the RM this week for the first time (when I joined a fb mooney group) – Totally glass now, it looks great.

Also I found your site with the roundtrip to Oshkosh and after that the other trips previous… I must say, you are a great example for me how travelling with such a small plane is really possible!

I would really like to read more of this all!

How would you compare Jepp terminal charts on the GTN750 versus the same on the GMX200?

I also like the engine monitor. Very slick. But… all eggs in one basket, maybe? I checked the STC; the TB20 is on it too.

Have you wired the KX radio direct to the battery (via a diode+switch+CB) so you can do ground comms without draining the battery?

Just one question…….. How did you do the graphics & labeling on the panel ? It all looks very professional.


How would you compare Jepp terminal charts on the GTN750 versus the same on the GMX200?

It’s much better due to the higher resolution, I would say. However, it’s not bigger.
Peter wrote:


engine monitor […] But… all eggs in one basket, maybe

We discussed that a lot and my co-owner, who happens to be Mrs. terbang, was of that opinion. But I think it’s acceptable, one won’t fall out of the sky when it fails. Miraculously I succeeded!


Have you wired the KX radio direct to the battery (via a diode+switch+CB) so you can do ground comms without draining the battery?

No, we haven’t. We have a Yaesu handheld as an emergency back-up and we use that to request start-up.


How did you do the graphics & labeling on the panel ?

I don’t really know, I must confess. The shop (Avionik Straubing) showed me samples beforehand and I liked it. They didn’t cut the sheet metal in-house, but gave it to another shop to laser cut (or water jet??) and powder coat it. The labeling was done there as well, I think. I’ll ask them next time.

terbang
EDFM (Mannheim), Germany
21 Posts
This thread is locked. This means you can't add a response.
Sign in to add your message

Spain again
Your instrument panel
Your 2016 flying year, how many hours, and aspirations for 2017?
Sell my N-reg Mooney in UK