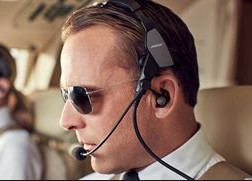 Has anyone tried it?

Well, unless Bose have found a way to make in-ear headsets work really reliably. They have great noise reduction (by blocking the ear canal completely, if correctly inserted, usually with a custom moulded insert) but unless they are held in using some means, tend to pop out and let the noise it and become immediately useless. With the headband they may well have achieved this.

I see it comes in three plus versions and also see that Bose are tightly controlling the retail price, with their website showing the same figure as a well known UK retailer

I think it’s the combination of all disadvantages of In Ear and traditional headsets. You still have that uncomfortable headclamp and need to fiddle with your ears. Better get the Phonak instead, then you have real freedom on your head.

I watched this video! which is probably somewhat subjective but shows what the headset looks like. From what I saw Bose used an almost identical design to the Bose QuietComfort 20 in-ear headphones, which both my wife and I have been using daily for our phones and music for several years now. If this is the case, I can say a few things from my experience. First, they do not have moulded insert but general ones (also seen in the video), however it fits very well (by the way, I’ve had problems with almost any other in-ear headphones and these are the only ones that actually fit). Second, they fit in a way that does not let them fall away, so @Peter, I think that they will not pop out, even if you don’t have the headband and even in at least moderate turbulence. And third, they have amazing noise cancelling when turned on, not only by blocking the ear canal but also the active noise cancelling. So I actually think that they will be quite good but based on the video they are not as good in the noise protection area as the A20. I would definitely consider them for jet flying but for GA I think I’ll stick to the A20.


Better get the Phonak instead

I own the Phonak as well and it has quite a few problems. The custom moulded inserts are quite difficult to put in and out of the ear (it actually hurts, especially having in mind that they are made from quite a hard material, with some sharp-ish edges close to the ear canal). And the microphone is a disaster, its cable is so thin that it moves around all the time with the vibration of the airplane. I once tried an aerobatic flight with them and had to look for and readjust the microphone all the time. My flight instructor has them as well and has the same experience, especially with the microphone. Also the microphone wire (which I suppose is quite fine) on his one got broken after a year or so and now it has to go for repair. One great advantage they have is that they don’t press on your head which my wife enjoys (and as a passenger she doesn’t really care about the microphone that much).

Yes, I have tried the ProFlight. For those who fly quieter aircraft and don’t mind things in their ears it is great. It is not suitable for piston engined aircraft or helis.

Bose exercise strict pricing control across the board. You will not see discounted Bose headsets (at least not for very long) unless it is an authorised promotion.

It is not suitable for piston engined aircraft or helis.

Interesting… why don’t Bose say this in their adverts. This is yet another headset which is not good for piston GA. Another one.

BTW the Phonak thread is here.

Actually they do say it – from the Bose web site


Bose exercise strict pricing control across the board. You will not see discounted Bose headsets (at least not for very long) unless it is an authorised promotion.

How do they legally do that?

Various ways. Withdrawing dealer price support is one. What Bose actually do I don’t know. But all this is below the radar of the regulators.

I tried this headset on, just quickly, today, at Aero Expo.

It is nothing special comfort-wise. The Bose guy agreed when I said some say it is not suitable for piston aircraft.


Withdrawing dealer price support is one.

What does that mean?

JasonC
EGTK Oxford
13 Posts
This thread is locked. This means you can't add a response.
Sign in to add your message

Bose Quiet Comfort QC25 conversion for aviation (merged)
Does Bose have a special offer each year?
What do you hear in the Bose A20 headset with Bluetooth?
BOSE-X check/repair