In a forced landing scenario we try the best to „land“ at a suitable location with minimal impact energy.
Even a perfectly flat looking field might have a ditch, fence etc… which could turn a dead stick landing into a crash. I don’t know but guess that most fatal injuries from forced landings are the result of some head trauma from hitting the instrument panel or other areas. I have seen the instrument panel of a DA40 that had two concave dents (soccer ball shaped) from where the heads of the occupants impacted. Gruesome!

Would it make any difference to wear a crash helmet?

Many helicopter pilots wear them, as do most military pilots.

Apart from being laughed at walking to the plane carrying a helmet I did once read that single engine piston ga flying is similar to riding motorcycles safety wise – the latter also wear helmets.
Interested in your views.

I’d be reluctant to wear a helmet in a normal flight. I never wore one when cycling, and only by law when motorcycling. I don’t wear one in my Vauxhall Astra, despite today seeing the corner of the very solid stone wall at the village turn-off smashed into a field. It was undamaged yesterday.
Would a helmet restrict vision?
I crashed a glider at the 1962 new year, and hit a fence with a Jodel DR1050 in 1993. In both cases safety belts prevented my head hitting the panel. Would the mass of the helmet increase the risk of neck damage?
PS my head smashed the glider canopy, moving sideways, with no ill effects to the head.

Military pilots typically don’t wear helmets when flying transport category outside of combat zones – the equivalent of ours.

It is more for combat or single seaters where the canopy and ejection seats is an issue.

The medical publications on GA crashes I’ve read suggest that most fatalities in GA are the result of multiple trauma (“polytrauma” in German ) which in turn results from the high impact energy.

Head injuries are only part of this kind of high-energy injuries and in the case of aircraft crashes helmets will probably do little to reduce head trauma. The impact energy is just too high compared to say bicycle crashes where helmets can be a real lifesaver.

Interesting inputs thanks. Regarding „polytrauma“ have you compared reports of forced landing crashes where energy is lower vs. high energy impacts?

I’m working on adapting a helmet for aviation use – I found a nice scooter helmet to which I’ve attached a microphone and I’m about to experiment with earbud headphones. There may be room to install cups around the ears but it would be simpler and cheaper to do without. All of a sudden I find I can afford one, but the prospect of paying £1000 – plus for an aviation specific helmet annoys me.

I did once look into the academic literature around helmets in light aircraft. It’s not very good, but I think there’s a reasonably compelling case for them. MedEwok is partially correct in arguing that aviation crashes are high-energy and helmets may offer only limited protection, but a fair proportion of aviation related fatalities are due primarily to head injuries – 22% according to one author, with 42% of fatalities due to polytrauma. 6% of fatalities may involve a head injury only. That’s setting aside the effects of non-life-threatening concussion such as personality changes and mental blunting which are worth avoiding.

As an aside, there’s good evidence for helmets saving motorcyclists, but relatively poor evidence that they are helpful to pedal cyclists. If you make a helmet sufficiently protective to be useful, it’ll be too uncomfortable to wear whilst exercising.

The other interesting things I learned were that

1) Burns were less common than I’d expected
2) As Maoraigh notes, shoulder restraints are a really, really good thing.
3) Brain injury correlated better with facial injuries than skull injuries, so one should go for a helmet with a visor. I confess that I didn’t.

My own aircraft (Turbulent) is open-top and in at least one accident report for the type the pilot attributes his lack of significant injury to his helmet. They’re not going to help you in a stall-spin accident, but if you hit a rabbit hole and invert the aircraft whilst making a forced landing then this is exactly the sort of low to moderate impact accident where a helmet might be helpful.

I suspect the average spamcan is going to give very limited protection in case of an accident so there’d be a good argument for wearing a helmet in a PA28 or C152, but in more recent designs with airbags and properly designed passenger compartments I think it would be reasonable to do without

There’s also a French squadron of Turbulents called ’L’Escadrille des Tetes Brulees’. Normally ‘Tete Brulee’ translates as ‘hothead’ or ‘desperado’ but I suspect it also means they get sunburned scalps like me. There are some nice youtube videos of them – all wearing helmets!

I would respectfully suggest that spending the time and money on training rather than a helmet is a better use of both and more likely to prevent injury.

Jason: if you look up pictures of Chipmunks or Grobs online you will see lots of cadets wearing helmets. I don’t doubt that Hercules and C5 pilots don’t wear helmets (or perhaps put them under their seats), but although their mission may be more similar to ours in some respects, I think it’s the class of aircraft that is more relevant here.

Only a fool would avoid a helmet in a hang glider. You get bumped about a lot. You’re in an aluminium cage that you often get bumped against. Any crash is likely to have about the same energy as a high speed pushbike accident. You fly prone, so face-plants are not uncommon if your landing gear is too cold to function properly or the zip on the sleeping bag gets stuck. A helmet – ideally one with some neck support and chin protection – is clearly a good idea.

Next take a flexwing microlight. Crashes and forced landings are more likely than in an SEP but again, they’re likely to be relatively low energy – within the range where a helmet may be useful – and you’re not that well protected. They’re also pretty cold so you’re going to want to protect your face from the elements. Why not do it with something that also protects your noggin?

Although my aircraft is class A I count it more in the microlight category for helmet-wearing purposes. Sunburn is a real risk. Your head does get cold. It’s true that you can get leather helmets that might increase your physical comfort, but why not wear something that gives a measure of protection as well? 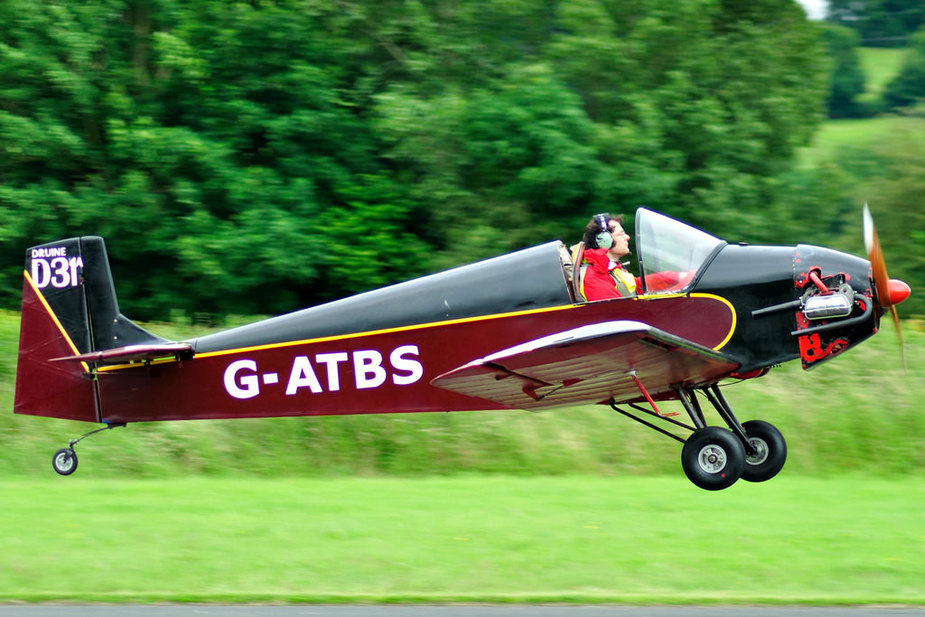 For typical spamcans I think the argument is more equivocal depending on the era from which they date. For a light jet such as the one you fly I agree there’s probably not much point in one.

I’m hoping to get my helmet made for <£60 which wouldn’t buy much training.

I wouldn’t wear a helmet in a touring aircraft as there seems to be enough aircraft structure to protect one’s head. I do think a helmet would be useful for serious aerobatics, open cockpit and warbird flying.

I have been looking at options lately and the Bonehead Composite models to me seem to have the best compromise between price, weight and protection. They currently have two models available. The Pilot-X and the more affordable Comm-It which retails at $750. When combined with in-ear CEP speakers this should also give good hearing protection when flying in an open cockpit. I haven’t tried one myself yet. 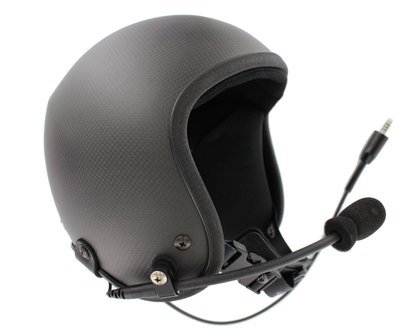 One of these would be good if you have a turbo and want to do FL250 regularly. You will just need to find suitable mounting points for the harness which is required for the full authentic look 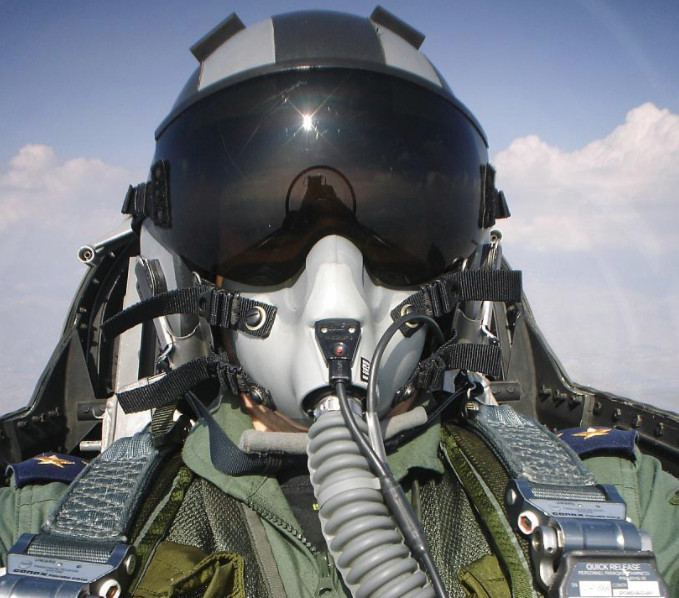 Peter
Administrator
Shoreham EGKA, United Kingdom
13 Posts
This thread is locked. This means you can't add a response.
Sign in to add your message

Representative in Netherlands for a French based PH-reg aircraft
A bike / scooter to carry in the back of the plane (including electric ones)?
Why is General Aviation declining?
If there was a "hipster" aircraft, what type would it be?