Airflow under a cowling

Cooling air comes in at the outside of the intakes, flows back along the outboard portions of the cylinders, turns inward, and comes together, then flows along the spine of the engine, and out next to the prop, then reverses flow again, and goes over the windshield.

Along the way, a portion of the air goes down through the cylinders, and that air exits at the cowl flaps.

This explains how the engine oil gets on top of the cowling, and all over the windshield when there is a leak.

Yes, that’s probably true, and the reason is non-optimal inlet and leakages. The whole idea of the cooling inlet is to convert the speed of the air to pressure in the plenum. This requires a cone shaped duct, small area at the front, large area at the back. In most aircraft it’s just a couple of (over sized) holes leading directly to the plenum creating a hurricane in there. Only purpose made racers have any done any sort of optimizing in this regard. For even better optimization, the P-51 is a good study, but that requires water cooling. I believe some of the late radial engine airplanes also had very good optimization of their cowlings.

It also explains why on a 6 cyl engine it is often the aftmost which are the coolest.

I am rather sceptical about this explanation. The air might flow this way when the baffles are not good – but other than that I don’t see HOW the air could get out through tight baffless and stream across the windshield.

It would be nice if that was the case … but why is my windshield the first thing that freezes over when it get into IMC (without the TKS on that is) … if there is so much hot air streaming over it?

If George and Walter point me to the research I will post it here, but they really are not the kind of people to make this stuff up!

I have been following this for much longer, say since early 90’s. They place tufing and small cameras inside the cowling PLUS they put 6 CHT probes on each cylinder at the 12-2-4-6-8-10 O’clock positions to look for out-of-round local heating. All this is done after putting the aircraft in the experimental category first.
Blasting air on the front of a cylinder is no good if the rear is melting.
I fly my friends A36TN with the Liquidair baffles. Because of the quality of the baffling, we can fly all day at high cruise power (210 Kts at FL200, 17 US GPH) and not experience any abnormal CHTs.

The chapter about baffling was a hidden gem in the APS course and was baffling for some attendees. Lopresti made the cowling intakes smaller on the Mooney 201 and gained several knots. Mrs Olive Ann Beech did not want to change the cowling on the Bonanza because people bought it anyway, it took Altantic Aero to do it with results as expected.

No, it’s far from made up. Indeed, it’s an issue, and there’s is more to it. Getting your cooling right is half the success in flying cooler cylinders.

I had a lengthy discussion some days ago with a guy from TAT / GAMI (after which I ordered the liquidair baffle kits) and it seems the air doesn’t enter the intakes in a straight and parallel fashion, at least not in the Bo, but I assume this is similar in all SEP aircraft with two air intakes.

Since the prop is turning clockwise (seen from back), the air enters the left intake (pilot side) in an upward-inward fashion, and then part of it flows through the oil cooler (which is Beech specific and located at the back left side of the engine, in the firewall). Then, part of it flows back forward again, along the upper side of the cowling, above the cylinders, towards the inlet. Part of the air then flows back out (sic), and only a small part of it actually goes down through the cylinder cooling fins as it should.

On the right side, the air enters the intake in an outward manner, flowing along the upper side of the cowling, then back forward (as described by Timothy) along the spine of the cowling, and then part out, part down through the cooling fins. The cooling effect on the right side is much better than on the left side, though. Which is what I see on the EDM: the whole left side is hotter than the right side, and cylinder #6, which is the foremost cylinder on the left side directly close to the prop. I always wondered why that cyl. is the hottest, I now know why. It doesn’t get any air from the prop, because there is a little cover for the alternator. So it only gets more or less heated-up air from the back.

Normally, one would assume the pressure differential between the upper and the lower side of the engine is big enough to press the air through the cylinder cooling fins. That only works if there a no leaks at all, because the differential is not high, just about 1/2 bar or so .

To increase the differential, the suction on the lower side of the engine can be increased i.e. by installing additional louvers (acting as add-on cowl flaps but without the speed loss). The Bonanza needs exactly that when a turbo kit gets installed. And we can make sure the baffles are really tight. I have ordered a special cooling kit for the left side which should heal the problem.

Still, I would think that most older airframes cooling systems aren’t really thought through. Too much sick air leaving where it shouldn’t. They create a hurricane on the upper side of the engine, and depending on how much space there is, only a part of it really goes where it should, downward along the cooling fins. I guess the modern airplanes such as Columbia or Cirrus have tighter baffling, much so because the baffling is fixed to the engine parameter. Part of my baffles are fixed to the inner side of the cowling door, which gives them the name “hanging baffles”.

OK…. let’s dissect this a bit. The original one-liner

was self evidently unbelievable, because it would describe this 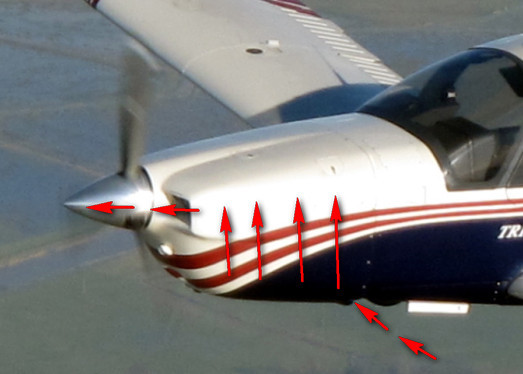 Quite apart from the extreme difficulty of pushing the air out of the two front holes against a 150kt “wind”, it is also easily provable as not true when you look at the operation of say the alternate air (or carb heat) mechanism which obviously relies on getting warm air from under the engine. This was incidentally proved here but it really needs no proof.

It is however easy to believe that the airflow under the top cowling is messy. I can easily believe that some of it flows backwards, especially (a) along the middle of the engine (the crankcase join) or (b) near the rear cylinders (due to the obvious “bunching-up” effect as it hits the rear baffle and bounces back).

It may be that in some installations some of this reverse flow leaks back out of the front holes but this is certainly not universal. It so happens that I have a little oil leak at the top of my new engine and I can tell you exactly how it gets out onto the front window: it escapes underneath the fuel distributor and ends up underneath the dipstick door and then escapes around that door and runs along the top of the cowling 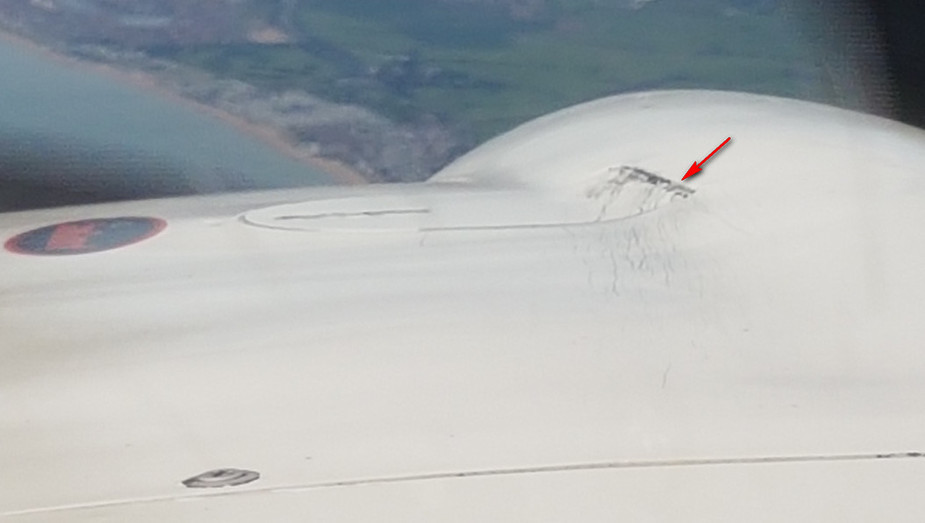 I don’t think the effect of leaks on CHT is dependent on the pressure differential between the top and the bottom fo the engine, because a lower pressure will mean the leaks will also be smaller. But a lower pressure at the top will make the upper baffle seals work less well because these rely on some pressure to push them upwards. See e.g. here.

The explanation for the L/R CHT difference (due to the ex-prop slipstream rotation) is interesting but I don’t really buy it. Well, not in cruise because the propeller is more like a screw. There are other factors which are IMHO bigger e.g. if you have only one oil cooler then that will be robbing one side of the engine of some air 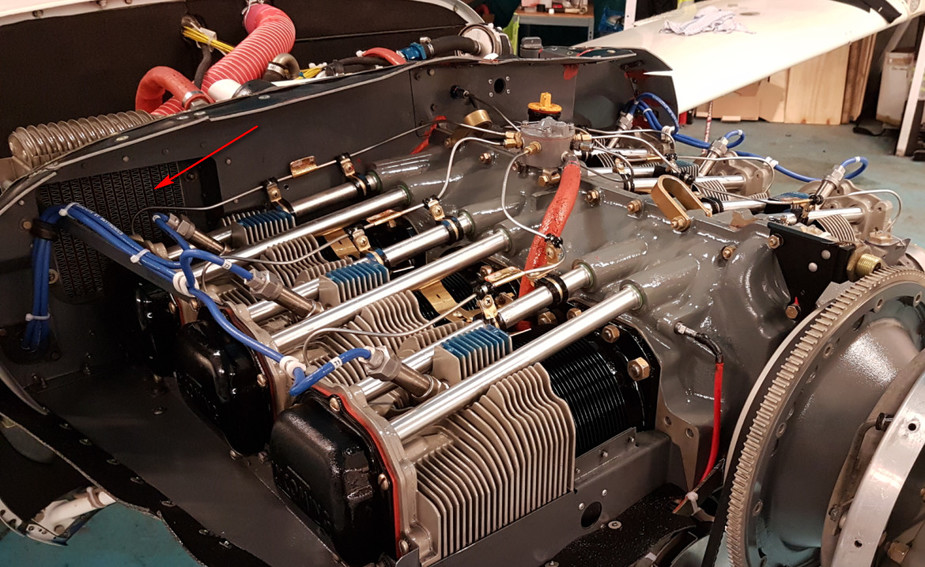 It sounds like Conti cylinder numbering differs from Lyco

The old posts above are a good related thread. Pretty obviously one can do improvements… but no way to certify them unless you get a load of people to “crowd-fund” an STC. 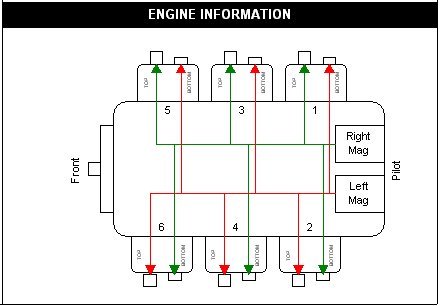 Peter of course the air doesn’t enter at the cowl flaps and flows upward. Nice joke.

But there is an element of air blowing out at the intake, depending on how chaotic the hurricane is on the upper side of the engine.

This has been extensively researched by firms like d’Shannon, GAMI and Tornado Alley Turbo, and I suggest their material. The oil filter is one of many elements, but by no means the only one. Other planes may vary, but for the Beech Bonanza this issue has been pretty much solved. It’s a design flaw.

EuroFlyer
EDLN, Germany
88 Posts
This thread is locked. This means you can't add a response.
Sign in to add your message