Planes with good and bad reputations

I would say the TB20 must have a good reputation, because it is very hard to make it do something unexpected.

One bad one I know from personal experience is the PA38 Tomahawk, which has a horrible fast wing drop around the stall point.

I’ve never noticed that in the few Pa38s I’ve stalled. But individual aircraft can have very different stall characteristics due to rigging and wing dents. Our Jodel DR1050 had extremely benign stall characteristics, until the wing was removed, recovered, and replaced. She then had a wing drop at stall.
Regarding type reputations, good or bad characteristics depend on what you want. The DR1050 is very pleasant to fly around hills, but difficult to keep steady. The C172 is much more stable, and I prefer the Pa38, Pa28, or C150. But the worst weather I’ve continued flying in, both in Scotland and the US, has been in a C172.
I can’t see why people are enthusiastic about the Tiger Moth and the Chipmunk.
I haven’t enough hours in the Bolkow Junior to be other than satisfied with her. Much more stable than the Jodel, but much less carrying capacity and less airspeed with the same engine and almost the same empty weight

There are lots of ways to get an good or bad reputation, but in the sense that’s I’m guessing intended by this thread, I’ll nominate the BD-5. Unreliable & dangerous engines, badly sorted out structures and aerodynamics, tricky flying characteristics when the engine quit, poor business model that took a lot of money from the general public… But it did launch the modern kit plane industry from which many people now benefit. Burt Rutan learned what could be done, and how not to do it. He is in the plane pictured. 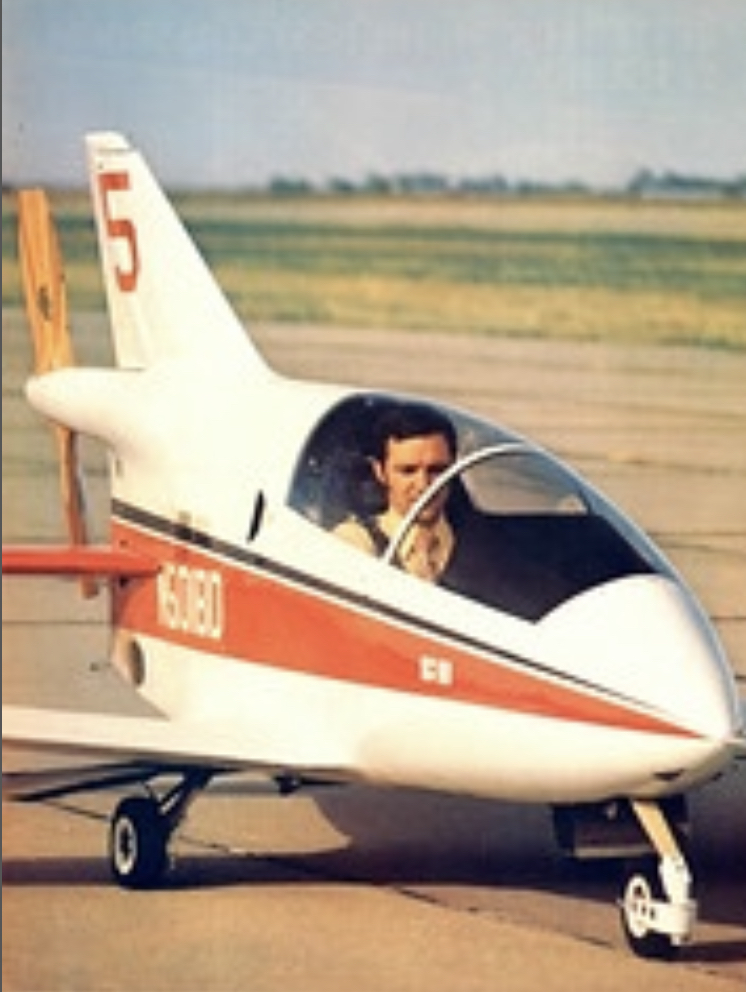 It’s a nice question. I liked the PA38 and it was designed to have a vicious stall because when Piper did their market research, instructors wanted something that they could stall and spin. I can certainly imagine that you could learn to fly a lightly loaded Cessna then get an awful shock when you stalled something properly for the first time. Maoraigh does better than me: I never managed to stall one without dropping a wing but I was told that it’s possible. The evil reputation came from some of the early ones being able to enter unrecoverable spins. Apparently this was fixed but the reputation persists.

I have a Turbulent, which is nice, but have heard that a lot of the wooden aircraft of the era e.g. Taylor Titches and the racing planes and the KR2 are not so nice, or were demanding to build properly and unforgiving of minor errors (so there are both good and bad ones). I considered buying some of them but have been warned against.

The only aircraft I have flown and thought badly of was a Skyhook Gypsy (a hang glider) which wouldn’t turn at all at low speeds.

I am rather fond of the Piper Apache, whose engine out performance, while docile, is somewhat underwhelming. To paraphrase Will Rogers, I haven’t met an aeroplane which I didn’t like.

I think the bog standard PA-28 has a very good reputation due to great stability and an excellent safety record (AFAIK still the safest of all GA planes, beating even all those with a chute).

The one I rent does not drop a wing at all during stall and is easy to control in slow flight.

UL/LSA/ULM/Micros
Most of them have 30kts-40kts ish stall speeds but low wing loading that you simply can’t fly them in bumpy days bellow 60kts, these thingies will lose 30kts on ASI followed by a free-fall on gusty approach…

Bad reputations,
T67 early models were fully aerobatic but have a dirty spin history in the hands of USAF (new models are ok)
Mooney’s landing bounces, exaggerated by those who come hot and never bend the knee for a go-around
PA38, yes indeed this one spins for real unlike most other trainers

Good reputations,
PA18, very docile handling: stable aircraft with begin stall and drops the opposite wing for you, still a tailwheel and deserves lot of respect on the ground, solidly built with low stall speed and stable low speed flying, the only way to kill yourself in one is upside down or jumping out of it

I have stalled the following and never managed to make them do anything even vaguely exciting, despite some fairly ham-fisted flying:

The PA17, I’m not even convinced it stalls properly. It just sits there at 50mph power-off, the stick held fully back and the nose nodding slightly. The rate of descent is not especially high and it just won’t go any slower.

I’m sure the DH.82 could have been made to do something exciting, but a very kind person let me fly their pride and joy and I wasn’t going to start kicking the rudder about like a lunatic.

I don’t think you can generally go wrong with any certificated airplane and niether one is less or more safe than the other. just fly the airspeeds they want and you can fly anyone of them. I would say what determines good/bad reputation is more the build quality and availability of parts. Again talking strictly about certificated world.


The PA17, I’m not even convinced it stalls properly. It just sits there at 50mph power-off, the stick held fully back and the nose nodding slightly. The rate of descent is not especially high and it just won’t go any slower.

I’d say the same about the PA28R that I fly. You can hold it in the stall (power off, yoke full back) and it just sits there, wings level, nose pretty much level, with a reasonable rate of descent. You could hold it like that all the way to that ground without much difficulty. If you made no correction other than adding some power, I’m convinced you’d unstall it (obviously not a good idea adding the torque of the engine while stalled).

The Rallye that I learnt on….well, I became convinced that the engine was only for moving forward! It seemed to just hang here level and not descending while stalled!

dublinpilot
EIKH Kilrush
41 Posts
This thread is locked. This means you can't add a response.
Sign in to add your message

Engine overhaul / repair shop recommendation
Pilots you knew who are no longer with us, and what did you learn from the reports?
Avidyne's TAS6xx ADS-B IN delays
A close encounter in the Alps -- how to avoid?