Robin DR401 as an IFR tourer

Would the Robin DR401 with the CD155 diesel engine be a good IFR tourer?

If you look at the specs it seems to perform better than a Diamond DA40 NG, at a much lower cost.
Great payload, low operating costs, modern glass panel… It is a wooden airframe but you’ll get 20 years warranty on the aerostructure, so it can’t be that bad?
Am I missing something?

There is one in “my” hangar, brand new, thread here

Never flown one though.

I found the thread, and there are some interesting comments in it, like:


I did all my training in Robin aircraft, and own a share in one.

94% of all my hours are in Robin aircraft, and I absolutely love them, but it would not be my first choice if I was intending on doing anything other than occasional flight in light IMC.

Isn’t that true for all non-deiced light aircraft?


Never flown one though

I agree with Lenthamen, the DR400 is no better or worse than other non-deiced aircraft from the point of view of despatch, but it has a lot going for it in the sheer pleasure of flying.

Isn’t that true for all non-deiced light aircraft?

Even de-iced doesn’t give you total protection. It just postpones the inevitable, hopefully to the point where the mission has been completed before the crash

Non-metallic planes find it hard to compete when it comes to static, or even lightning – see the DA42 lightning strike thread.

But maybe ask @stevelup for the reason for his view. There has to be a definable reason.

It wasn’t a definable reason, more a hunch. I just can’t imagine being in hard IMC would be much fun. I must say though that I have no first hand experience.

All the things that make the Robin DR aircraft so nice to hand fly are the opposite of those characteristics desirable for a stable IFR platform.

Is there a disadvantage of having wood with a covering when it comes to IFR flight?
Could heavy rain or hail ruin the wing whereas a metal or composite wing would survive?
And is there any difference when it comes to picking up ice?

I have 160hours on a DR400 180HP. I think they are great planes for VFR touring but lack of a good AP would seem to me like a big problem for IFR touring. 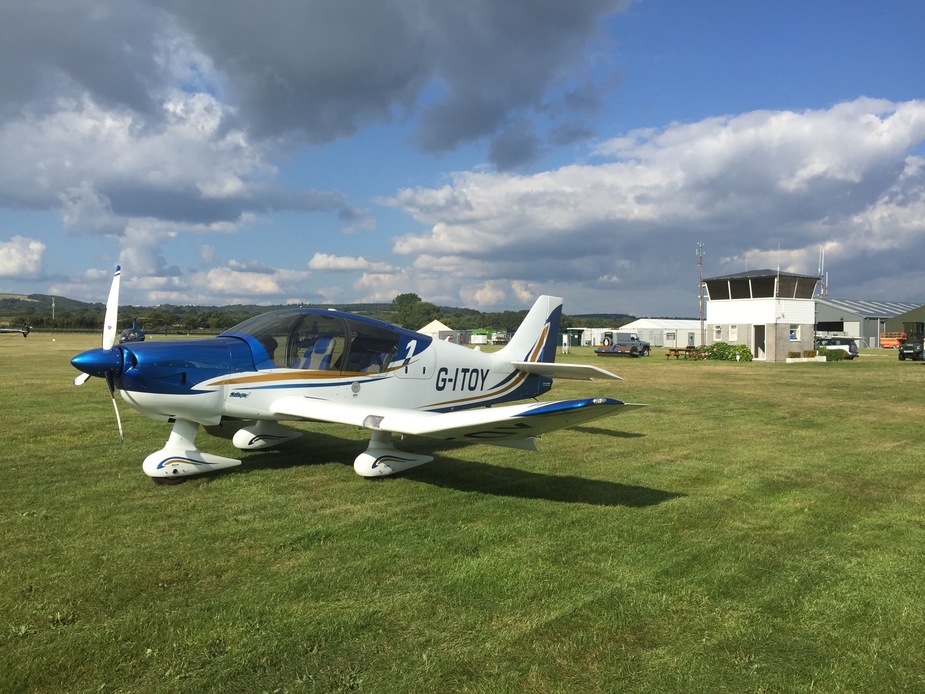 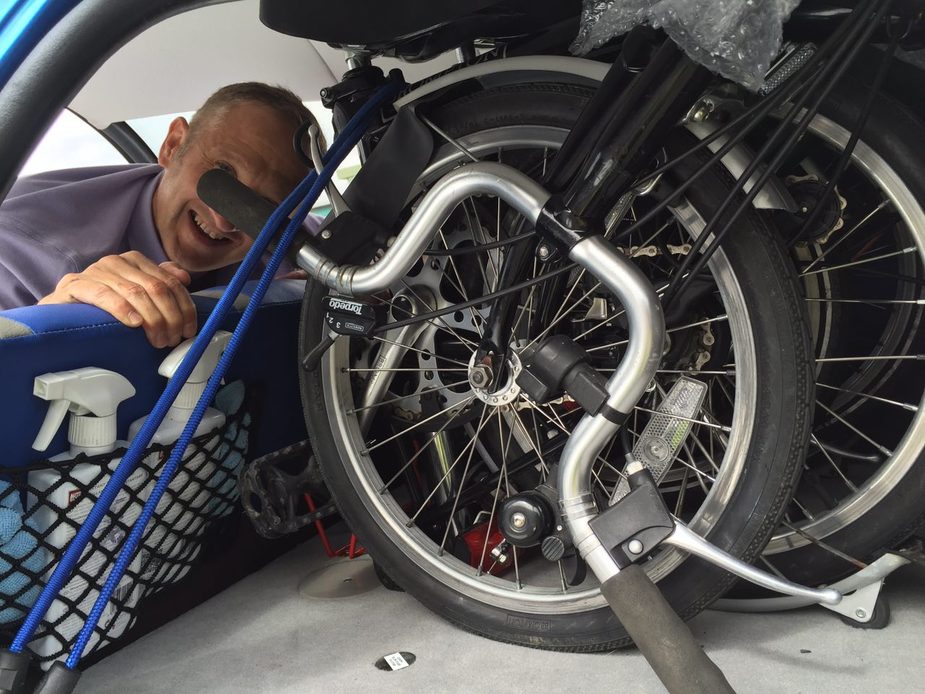 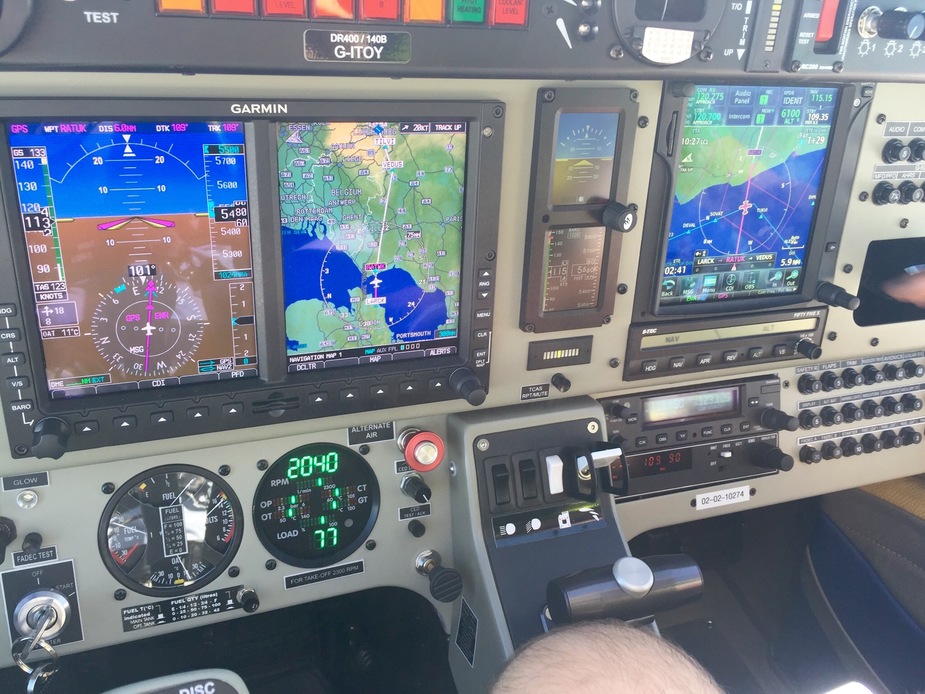 This is the new DR401 155CDI Peter is referring to – I’ve had it less than six weeks but have toured all over in it 30 flights and enough to have a direct comparison with the TB20 I was flying before.

It is unquestionably an exquisite IFR tourer but not for FlightIntoKnownIcing.

Climb/descent: great climb if needed 900ft+/minute with two on board (though I usually bug 500ft/min for climb and descent which works even four up and full tanks and bags)- turbo diesel means up to 16000ft if you have oxygen. Water cooling means you can use zero power (which also fines the prop) for fast descent – care needs to be taken with powered descent to avoid overspeeding prop (VNE 146 and cruise can be over 130kt so easy to get into the yellow.) Airframe VNE is I believe 166 so the wings will not drop off if you overcook it!

Ride: Very stable in normal air but noticeably bumpier at low altitude under grey cloud and on patchy sunny days than the TB20 due lightness – I assume the same applies in cloud, though I haven’t flown much in cloud in the TB20. It’s no worse than a C172 in cloud.

Autopilot: this for me is the clincher. The S-TECH takes much of the effort out of IFR touring- it just flies your flight plan and even the RNAV approach, giving plenty of capacity to monitor traffic, TCAS, radio, engine and fuel – not that there’s much to do on the engine front – if everything is green on the CED you’re all good and the prop pitch is coupled to the throttle so you can’t set the pitch incorrectly. No cowl flaps or carb heat or mixture – just purrs along incredibly quietly and low vibration averaging 24l/hour JETA1 for 120kts IAS at 75% power (based on one hour flights – better for longer legs).

Speed/range: With the extended tank you get 110l+50l=>6hrs endurance -over 900nm at 6500ft. I thought I’d miss the 130kt IAS which I used to plan for in the TB20 but in the real world, 120kts only means around an extra 15 minutes on a typical 2.5hr leg but when it’s flying itself up above the clouds you don’t get so tired as to notice the difference. The near silence with a decent headset is very relaxing and the visibility makes for great touring.

Strength; the DR40x airframe is incredibly robust and used for decades in flying schools across Europe- the wood is more flexible than metal and stronger weight-for weight than composite (they use 8 different densities in each plane)- Robin describe it as ’nature’s composite’ – the latest ‘speedwings’ now have a layer of ply reinforcing beneath the Elotex cloth- I can’t see why it would be more fragile in the air than a metal wing but I’m no engineer. Certainly it’s easy to repair minor dents (basically a hairdryer removes them) and to patch.

STOL; the other major advantage is the REALLY short take off and landing roll. It’s very happy on grass so it’s a go-anywhere tourer, you can sweep down from above the clouds to a short grass strip. (Customs permitting!) But I took it into Luxembourg and mixed with the 747s without being embarrassed. (€70 for the record). 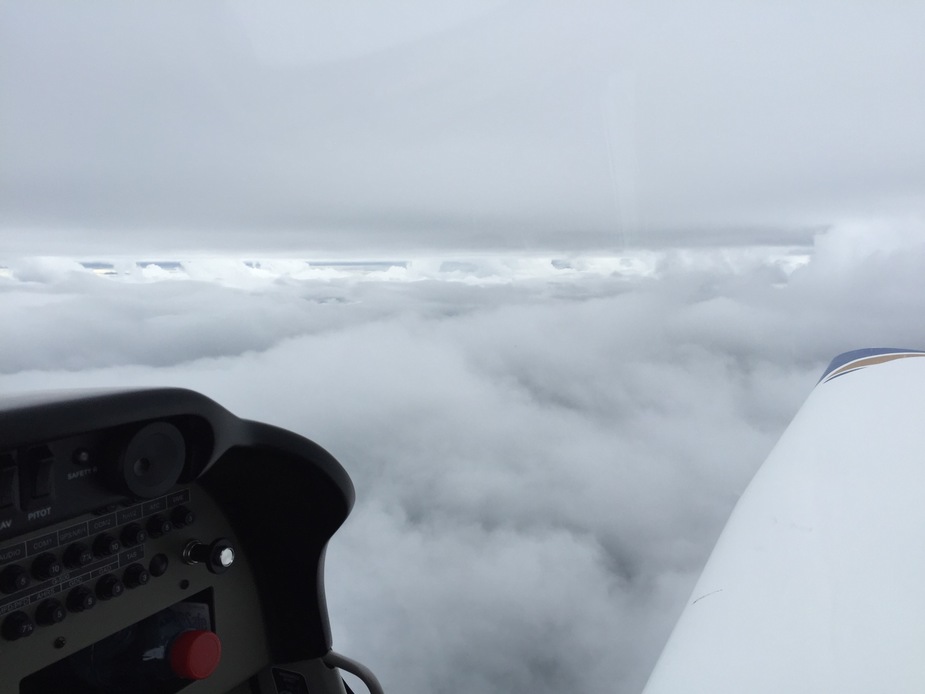 Peter! Come fly her with me on a long trip sometime soon- I’d like your perspective and want to build some more IFR time…

Did I mention the pic above shows two Bromptons folded into the baggage hold? I love arriving somewhere then cycling off into town. At Dijon we found a canal towpath going straight into the centre from beside the runway.

NealCS
TB20 IR(R) 500hrs
EGKA Shoreham, United Kingdom
136 Posts
This thread is locked. This means you can't add a response.
Sign in to add your message