I just think it’s strange that Trig manages to manufacture certified units of high quality at reasonable prices and others don’t.

I would suggest they do it because, ahem, it’s not difficult! The fundamentals of radio were worked out by Maxwell well over 100 years ago (tongue in cheek) and the way to design and build a VHF radio (PLL synth + a micro for the user interface etc) has been trivial for at least 20 years; actually you could build the most modern radio using bits which are never less than 20 years old (and arguably any designer should use “commodity” parts because they are much cheaper). I looked at developing a KX155-style plug-compatible radio a few years ago (8.33 obviously, etc, etc and with some slick features) and any half smart analog+digital electronics designer can do it in a few weeks. The building blocks have been in place for many years. It’s actually a really fun project which exercises all the different bits of one’s old brain

What stops everybody and their dog heading for obvious holes in the market (e.g. an 8.33 replacement for a KX155) is peripheral stuff e.g.

and when you put all this together, you can see why people don’t bother. It’s not because there is any problem making a VHF radio.

A King indicator under test with the circuit board fitted to a extender to allow adjustment.

I could never understand why this was done so stupidly. It’s not hard to locate trimpots so they can be reached. The KFC225 autopilot has some trimpots in the side of it and thus needs a $1500 extender (which I have, bought jointly with another pilot) but the whole thing is digital so they had ample other ways to do it. Even the KX165A uses “digital trimmers” (a digital attenuator with an EEPROM) so they can trim stuff via the user interface.

Cynically, one might think that this is done to keep field repairs to the authorised dealers who are required to spend thousands of $ on this kit. I once took my plane to UK’s biggest avionics shop (well, there are two but the other doesn’t have a clue) and they didn’t have this KFC225 extender. They had the kit, in a bag, and I helped them assemble it (hours of crimping terminal pins). I was amazed at this, since the KFC225 is not exactly uncommon.

The thing that amazes me about the Shadin device early in the thread is not the electrolytics but the chips in sockets.

We make a lot of equipment for tractors and construction machinery which has to withstand much more vibration than in an aircraft, and surface mount electronics is amazingly good in this respect, if properly designed.


I once tried to launch a BASEEFA approved product and the guy on the phone practically told me to get lost!

Perhaps he had seen your forum posts that talk of certification bodies and quality systems in the same terms as nasty stuff you step on in the park….


I just think it’s strange that Trig manages to manufacture certified units of high quality at reasonable prices and others don’t.

I haven’t checked the prices but I believe Becker has a similar offering. There was also I think Funkwerk. Another company called Air Avionics I believe was also working on a radio of similar form factor so the price shouldn’t be that different (IIRC their head unit could control both a VHF radio and a transponder), but don’t know if it ever made production.


There was also I think Funkwerk.

It still exists, but is called f.u.n.k.e. now (http://www.funkeavionics.de/aktuelle-mitteilungen.html?&L=1). Becker, f.u.n.k.e., (and to some extent also Airplus/Dittel) offer 8,33kHz capable certified radios in the price range from 1100-2000 Euros, same as Trig, as well as “low cost” mode S transponders.


I just think it’s strange that Trig manages to manufacture certified units of high quality at reasonable prices and others don’t.

I think this is true, and is not true due to pricing, as the Trig is more expensive then the others, they quality is at a different (higher) level than that of the other players on this part of the market. In my experiance these other brands don’t offer high quality equipment.

Trig manages to manufacture certified units of high quality at reasonable prices and others don’t.

Trig are very good, that’s why I bought their gear, and will again. But they’re not the only ones. The world is not as black-and-white as you seem to like to think.

Here comes a pretty piece of solid American craftsmanship, hand soldered, hand wired, hand assembled… A Sperry (or Cessna or ARC, depending on the year of manufacture) 1000 Com unit. There are two pieces: A small control head for the instrument panel and a large box which lived in the avionics bay. These were original fit in a 1979 Cessna 421C that we bought in 1992. The radios needed to be replaced (still in working order) ca. 1996 or 97 because they could not legally be extended to the (then) new standard of 760 channels, before that it were only 720. In the US they sold a conversion kit, but this was never approved in Europe.

BTW: I only keep these in my garage for Jan Olieslagers, otherwise I would have thrown them away years ago. We will find a way to get them to you…

The control head (front and rear):

Inside the control head (no sockets and beautiful hand-woven wiring loom…): 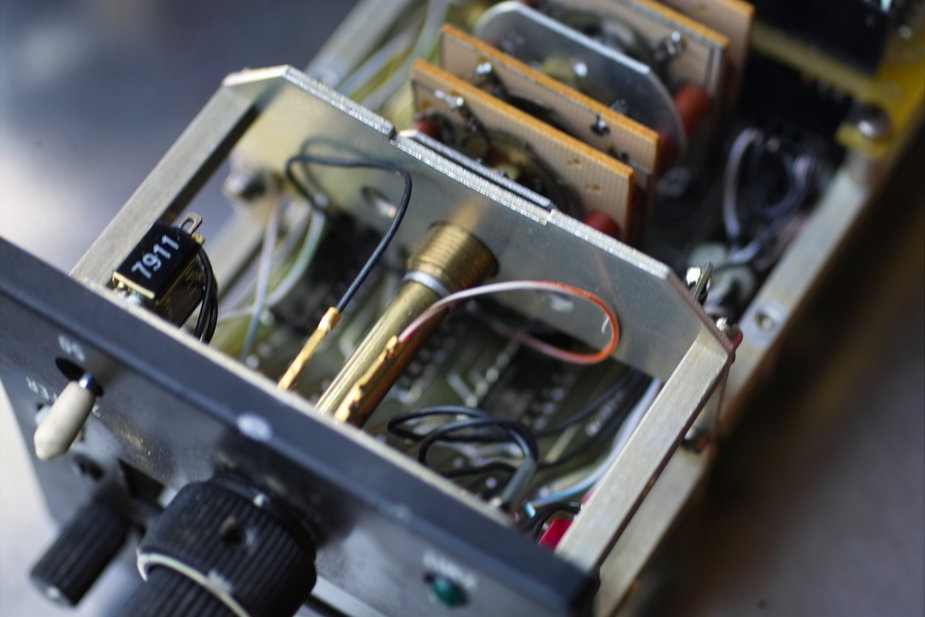 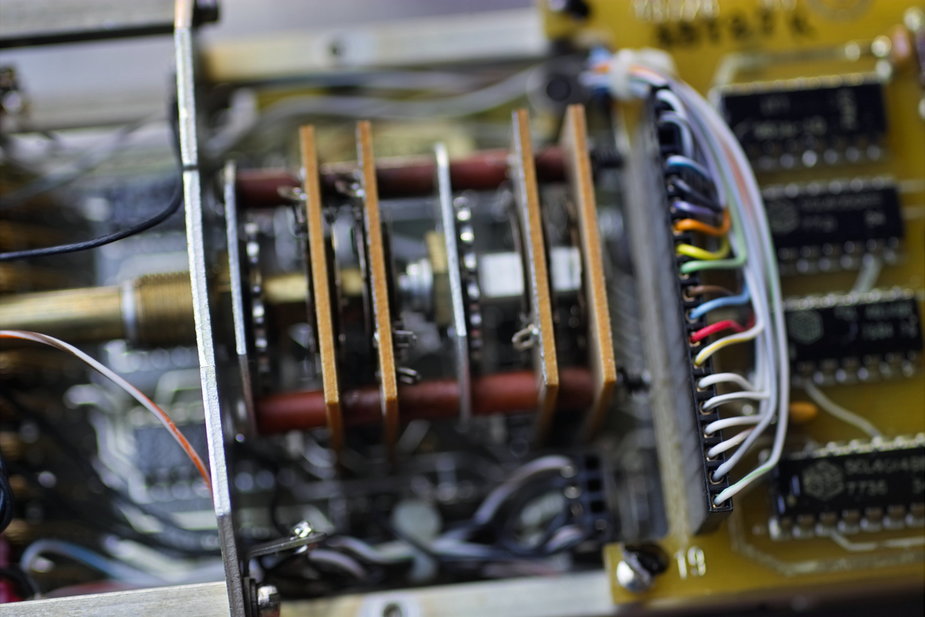 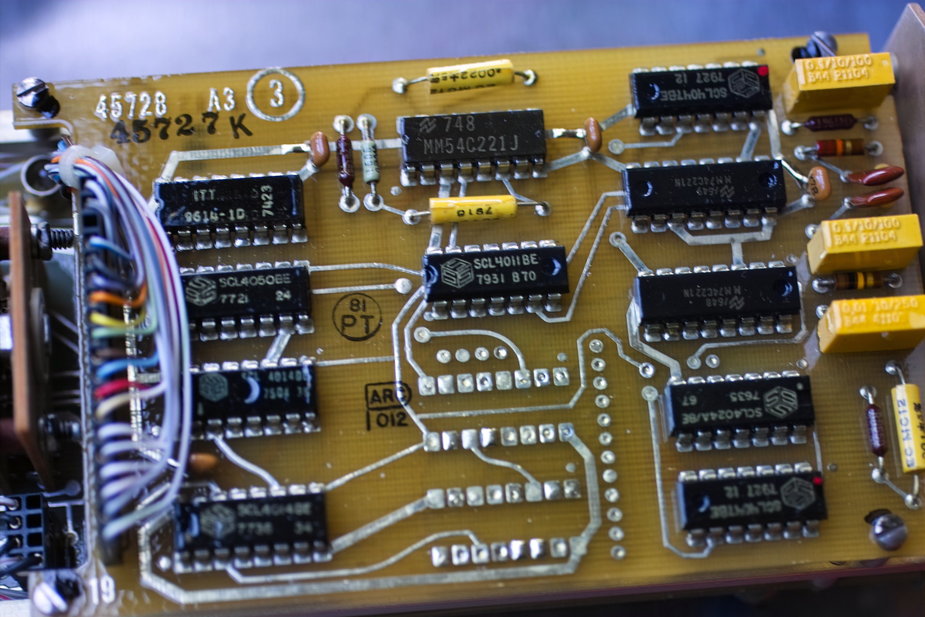 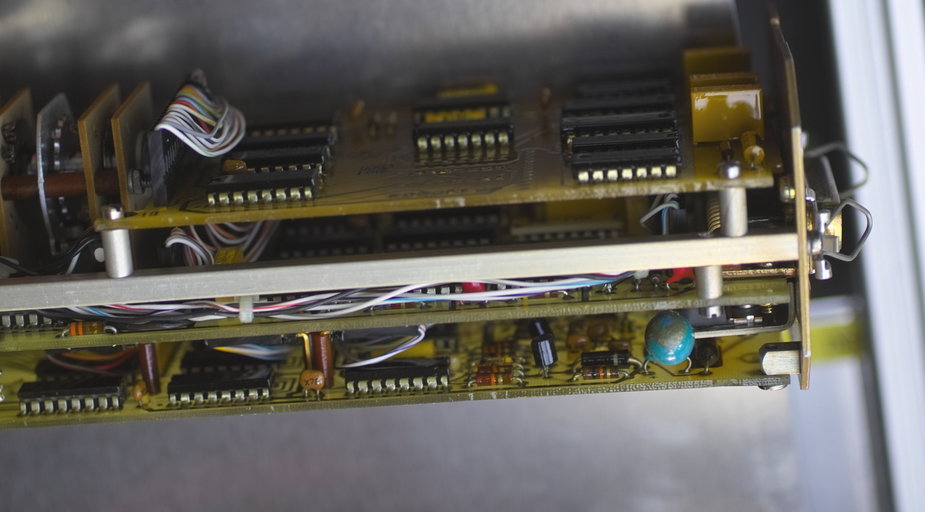 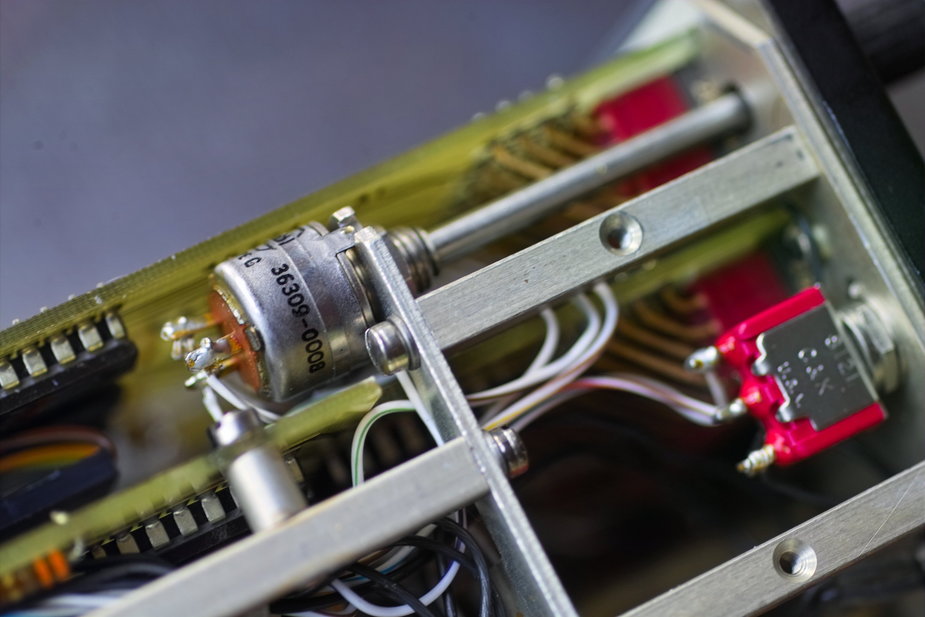 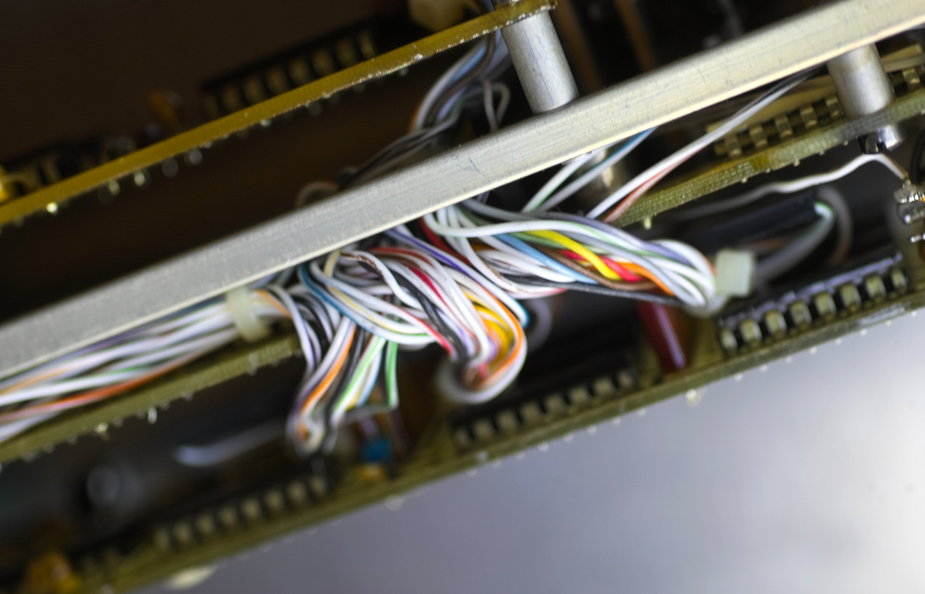 And this is the big box for the avionics rack with all the power electronics and high frequency circuits. The keyring I placed there for comparison is 7cm long: 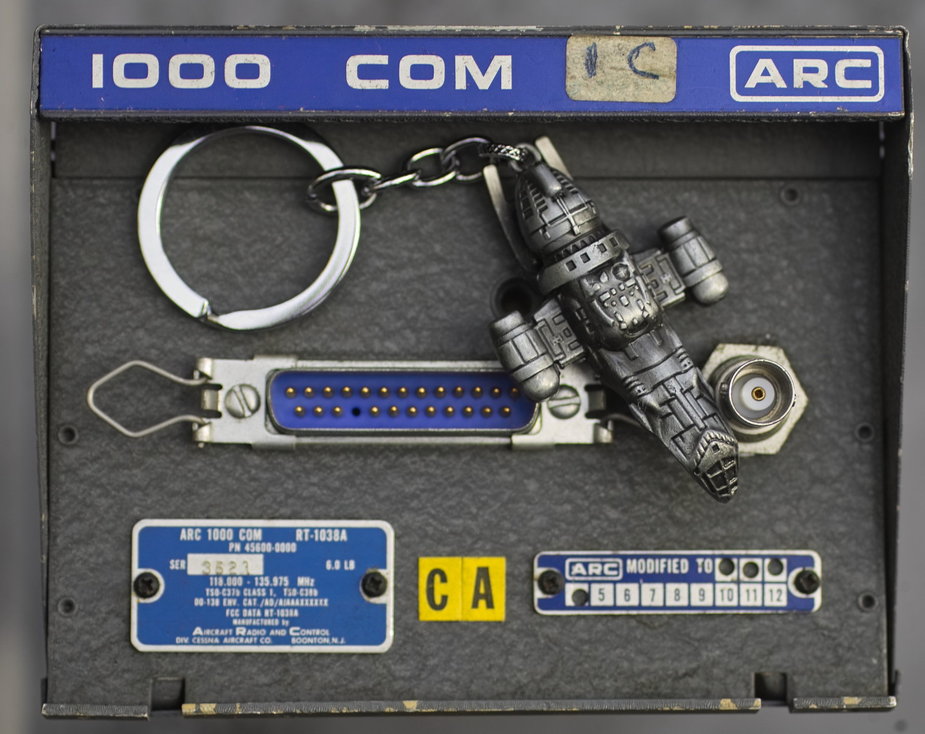 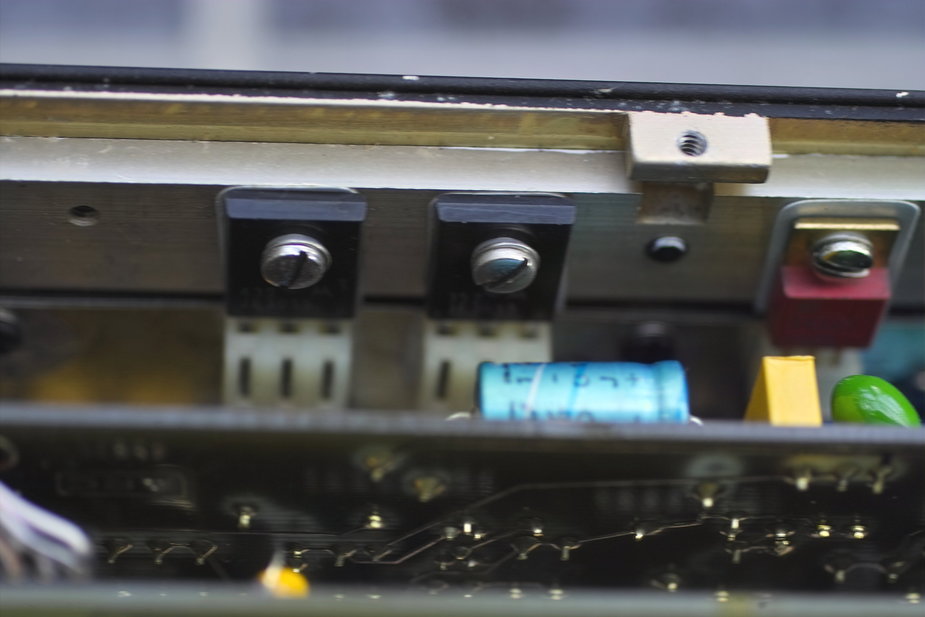 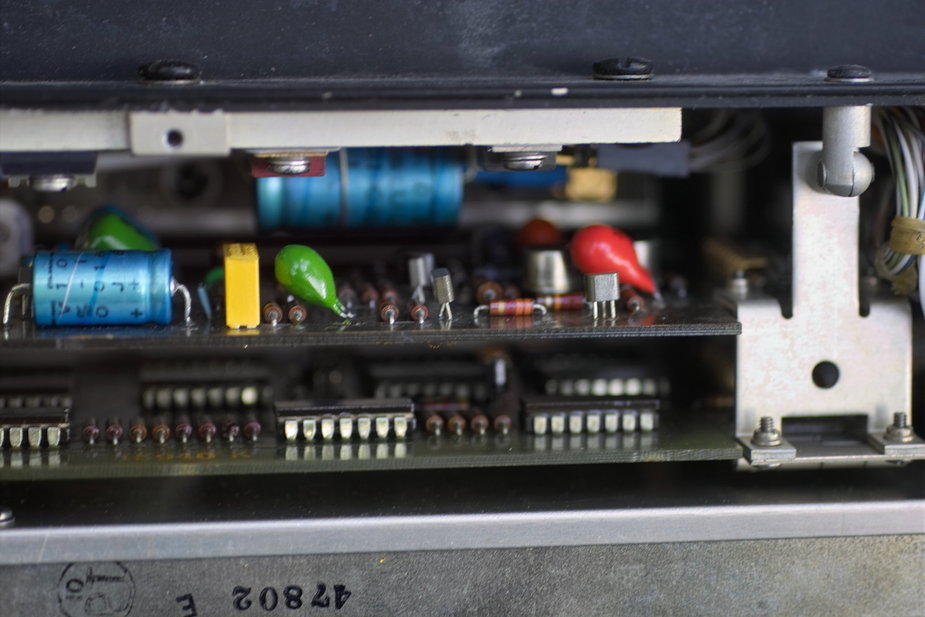 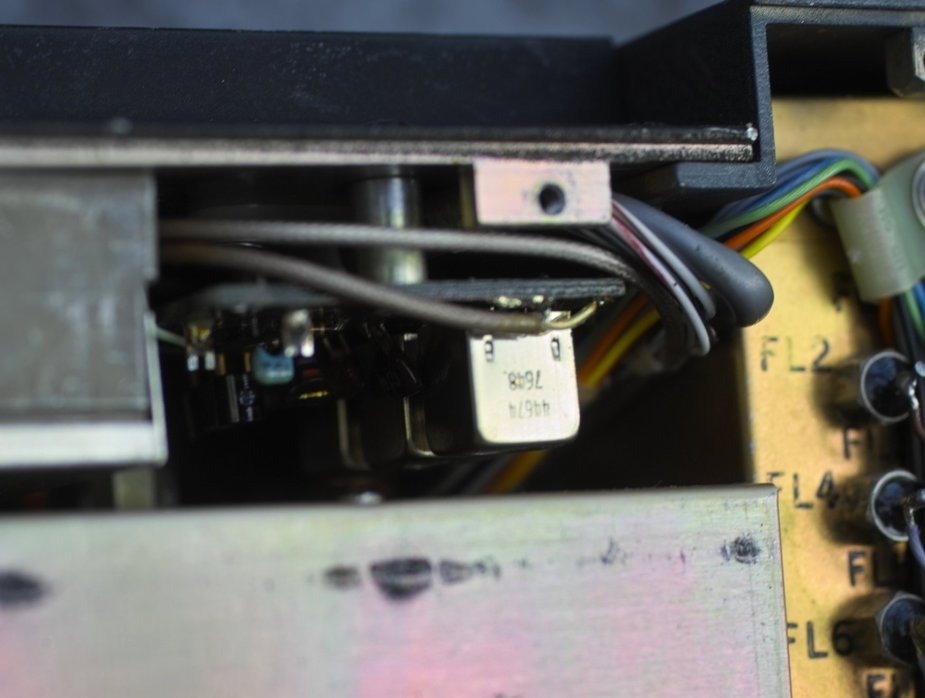 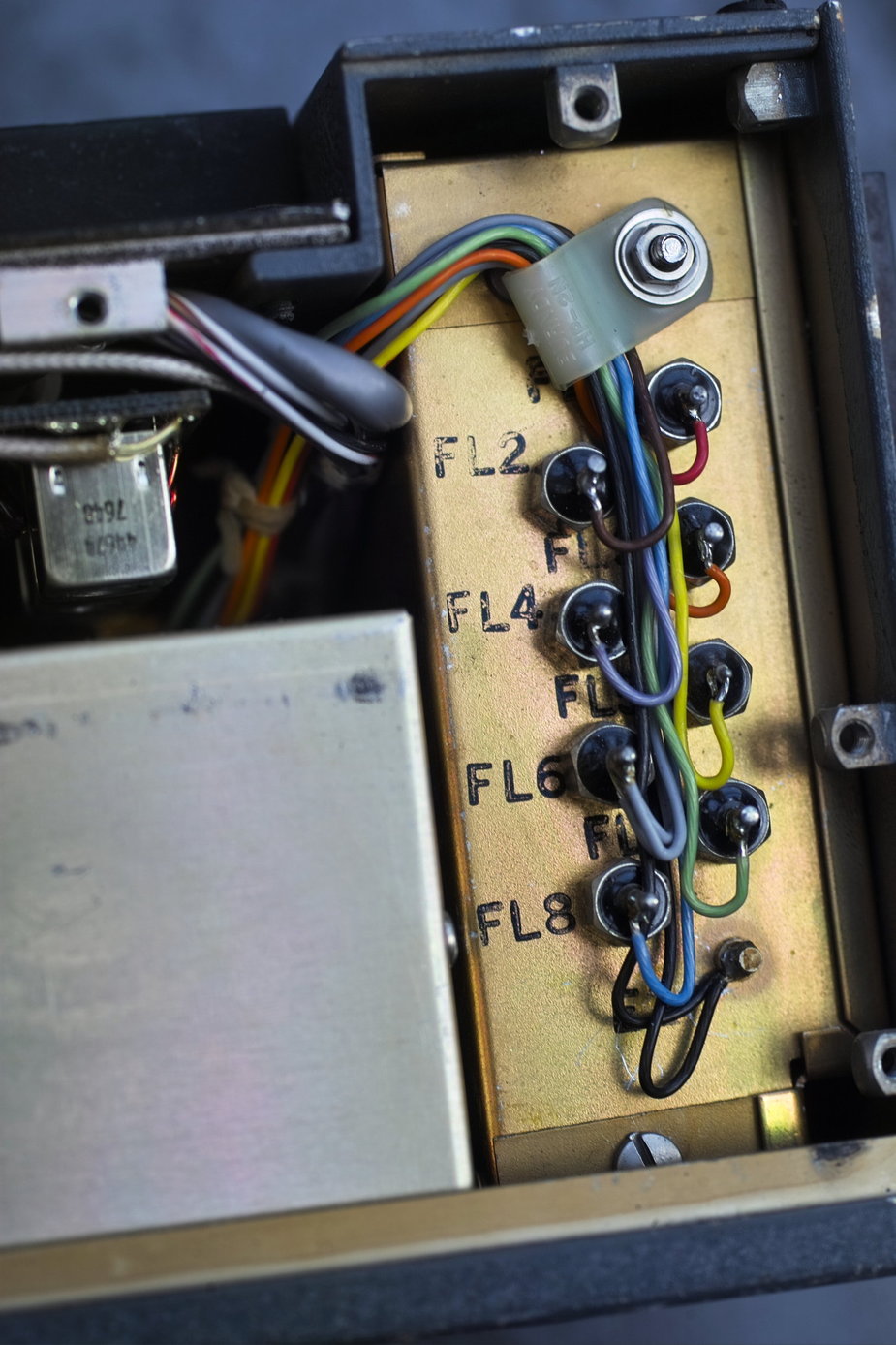 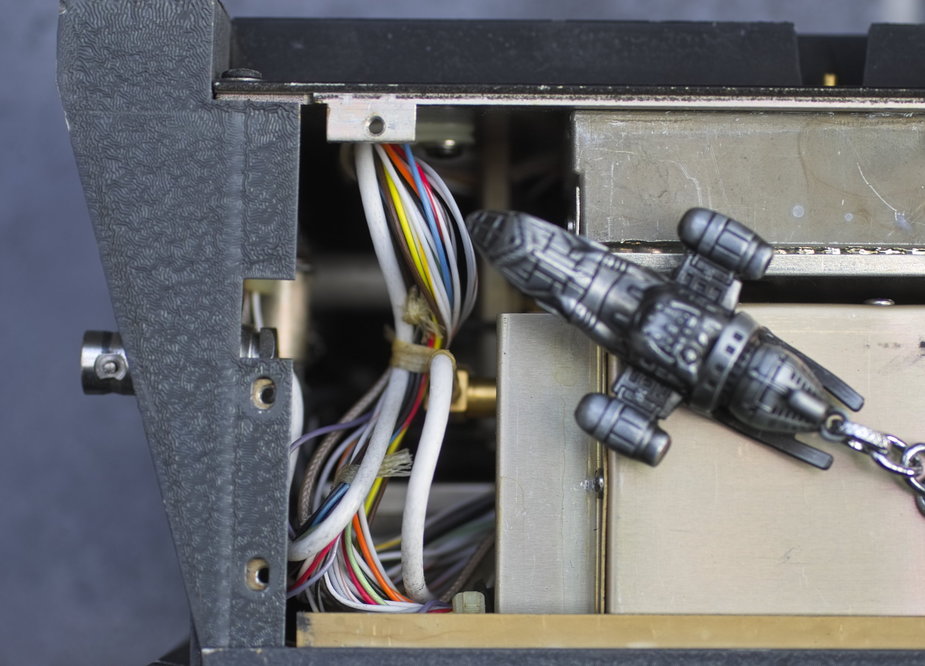 And last comes a piece of tinkerer’s avionics from 2016

I was fed up with constantly replacing dozens of soldered mini-lightbulbs in the panel of “my” FTO’s FNPT and replaced them all with LEDs recently. In order to be able to dim them (the original bulbs get an analog voltage of 0 – 15V) I made this little box containing essentially a microcontroller which measures the voltage and a power MOSFET that feeds a pulsed current to the LEDs. The potentiometers are for adjusting the min. and max. brightness to the remaining instruments on the panel. 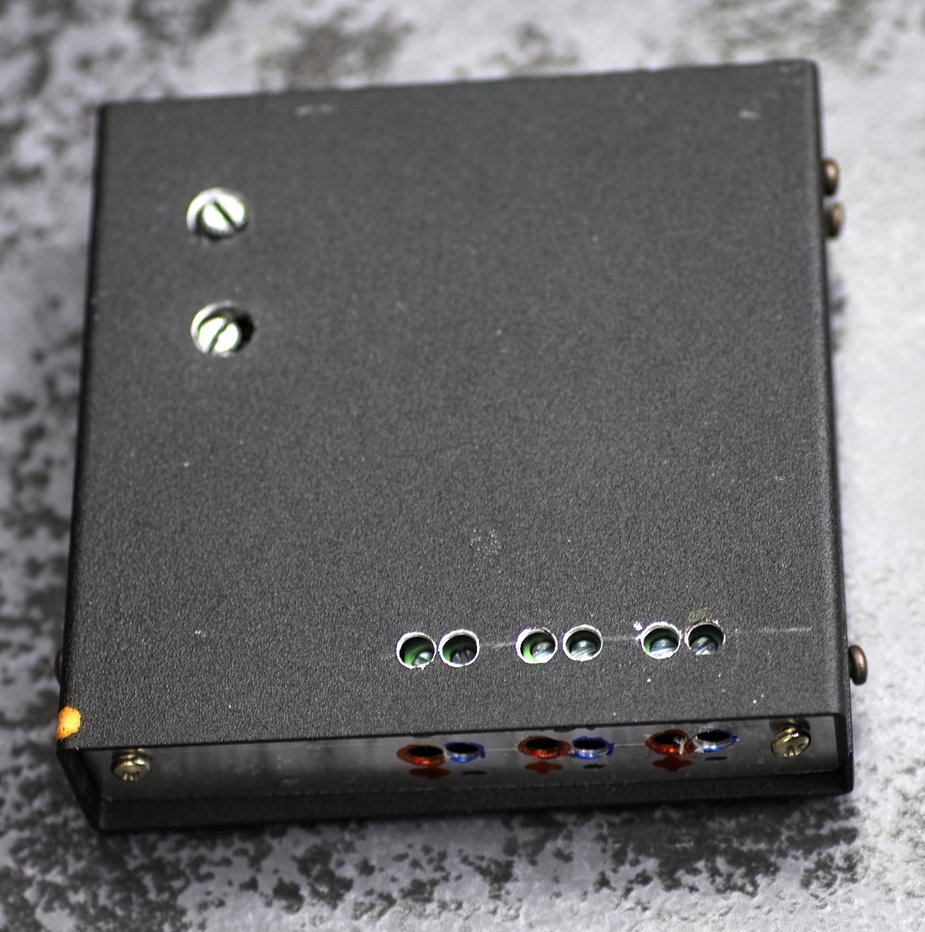 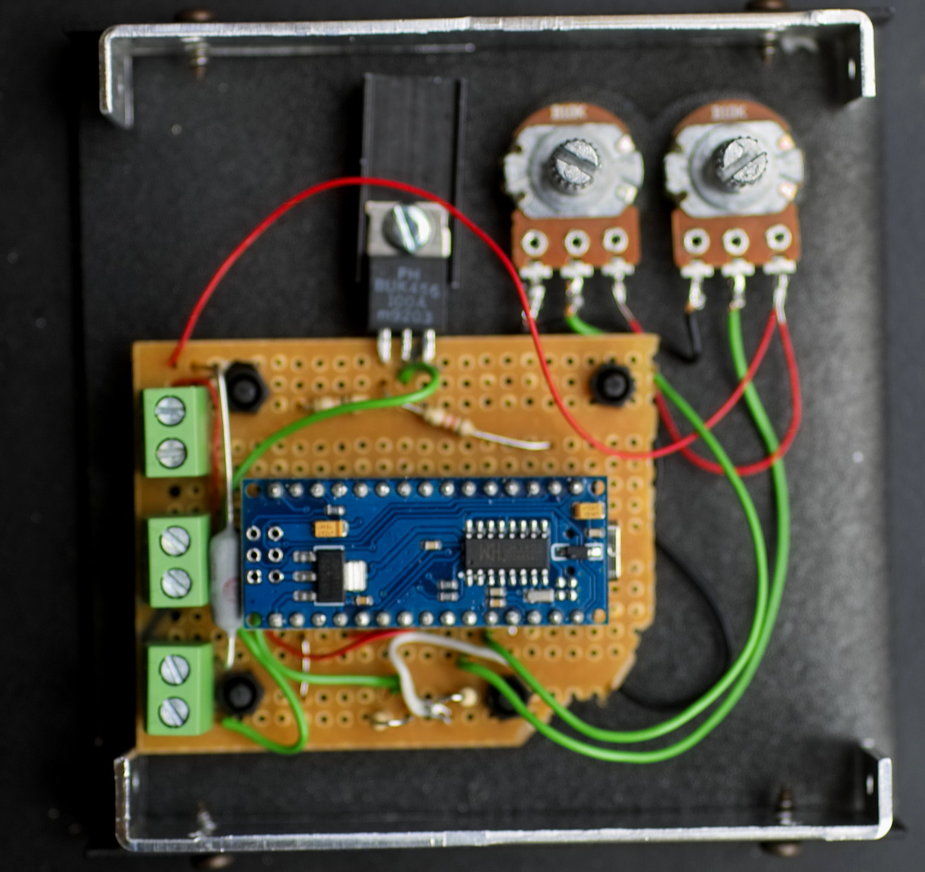 
Trig is more expensive then the others

I found them to be very reasonable here. UK£ 1025 is hard to beat by anyone. But the website also say this:

“TRIG AVIONICS increased their prices right across the product range post BREXIT. At this time we have good stocks on both the TT21 Transponder and TY91 Transceiver at pre Brexit prices until current stocks are sold out.”

And of course further up is the worst thing:

So those looking for a reasonable priced Trig radio and transponder have to hurry.


Trig are very good, that’s why I bought their gear, and will again. But they’re not the only ones.

For me they are pretty much the only ones that have a form factor that fits (head in the panel and the body mounted on the wall). MGL would also fit, but the authority would not allow it.

Hmm, I thought for a second to post some pictures of the internals of my MGL EFIS. But with you people pointing out all the bad soldering and bad design choices, I think I will live a happier life not knowing

LeSving
ENVA ENOP ENMO, Norway
123 Posts
This thread is locked. This means you can't add a response.
Sign in to add your message