Perhaps I should add this to the collection of avionic photos

Works as either a COM or a NAV. Love it!


Your number 5, solves 8.33khz spacing or any subsequent upgrades: you can tune continuous Frequencies (like old AM/FM bands radios )

I should mention that both those radios are exhibited at the aviation museum at Stockholm Arlanda Airport.

It’s quite as small museum but packed to the gunnels with interesting exhibits, the museum is easily accessed from the terminal by taking the free airport bus to the Radison Blue hotel then a short walk.

With an entry fee of €5 it represents superb value for money, check the museum website for the opening hours.

Someone kindly sent me some Badin-Crouzet autopilot parts.

Well, unless it was developed in say 1960. Does anyone know the history of the Robin company and Badin autopilot usage?

First we have what looks like a servo controller – for a pneumatic servo. This box contains an ingenious two-way airflow controller which can drive an actuator left or right 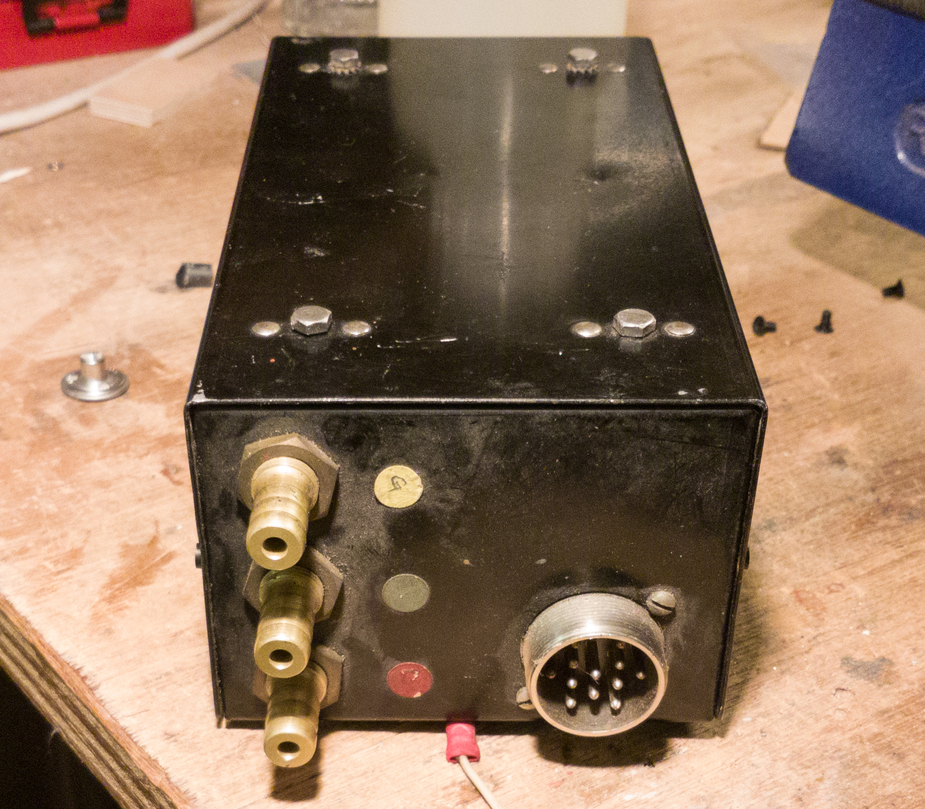 The valve is driven by a leadscrew which is driven by a DC brush motor. No expense spared here – look at the flexible coupling on the motor. The valve is beautifully brazed and would have been a bastard to make, and expensive. The electronics are way over the top. The MJ22xx transistors are 1960s but were apparently still made by SEMELAB in the UK in 2002 which suggests a demand from old military users.

The use of open trimpots

is a guarantee that the thing will out of “alignment” pretty fast. These have practically zero immunity to moisture. So clearly the designer was clueless, knowing the application.

The whole thing is handmade 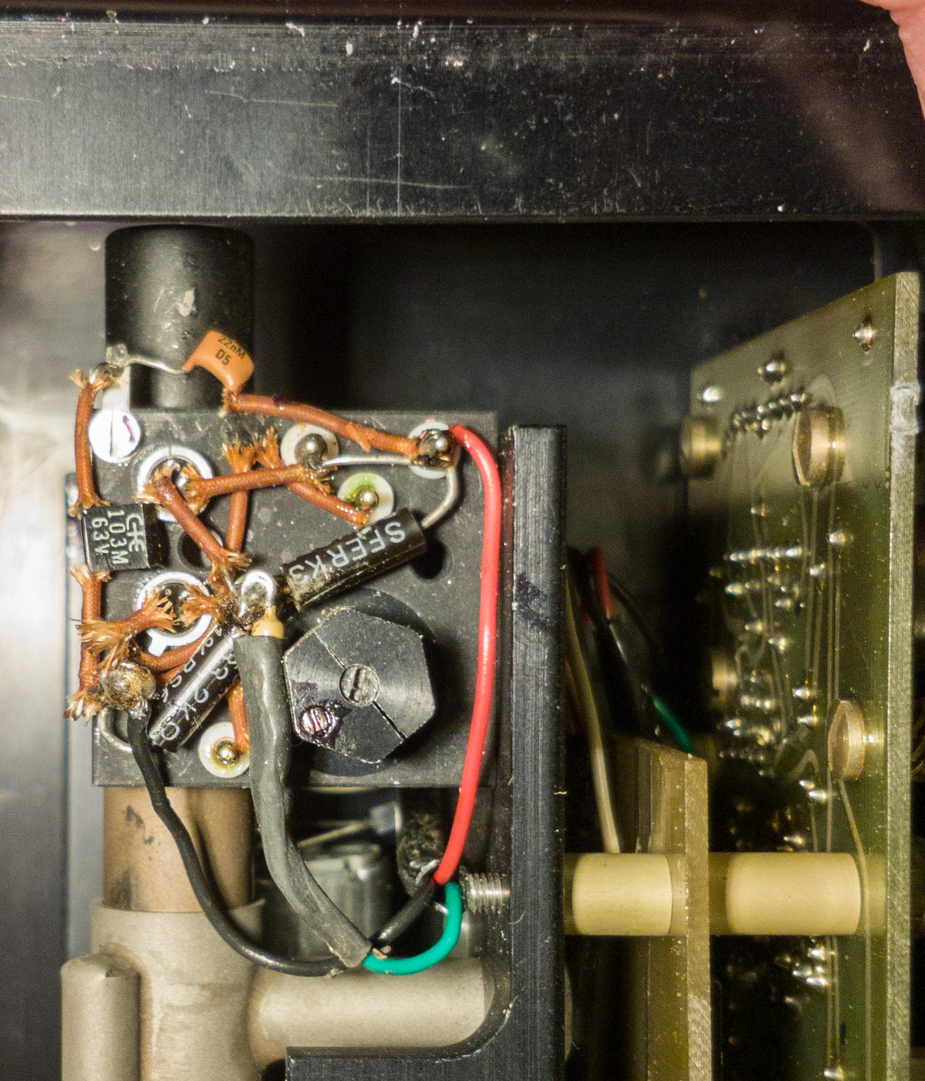 Even the case screws are handmade; machined screws 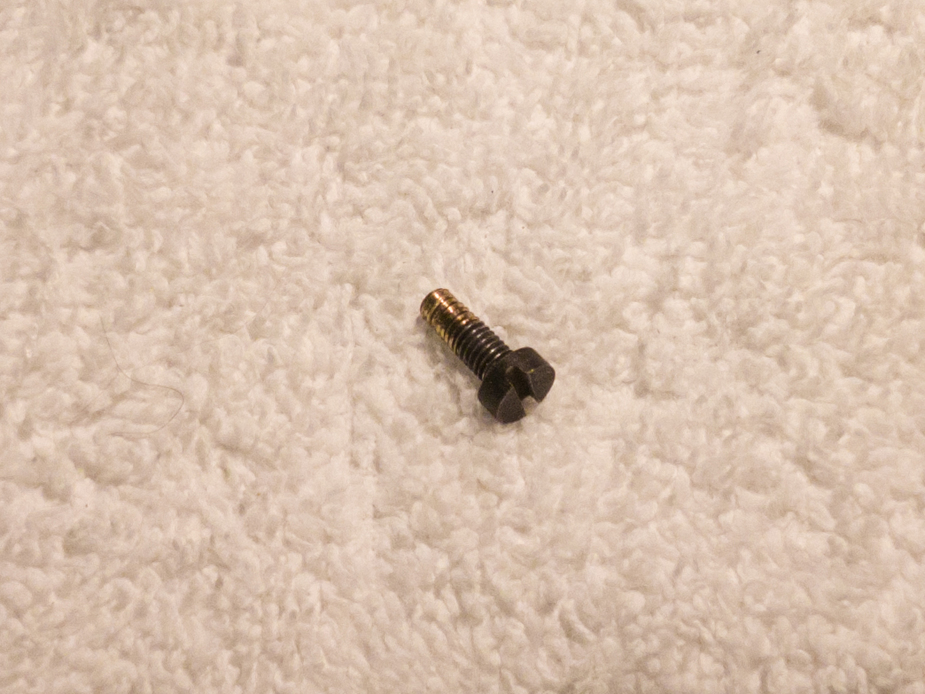 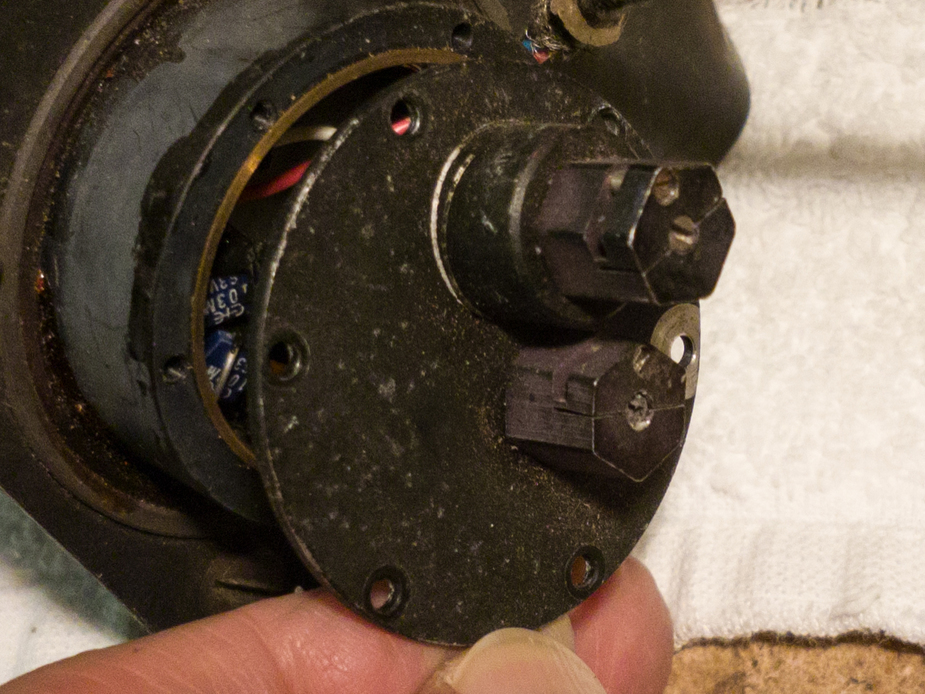 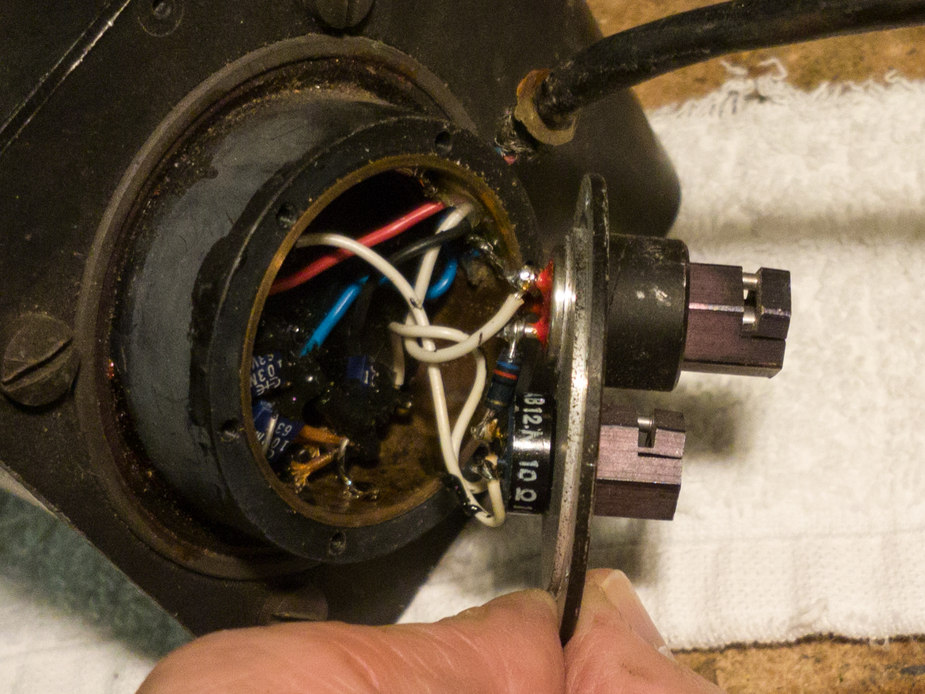 However, some of it is of a much lower build quality e.g. this unknown box 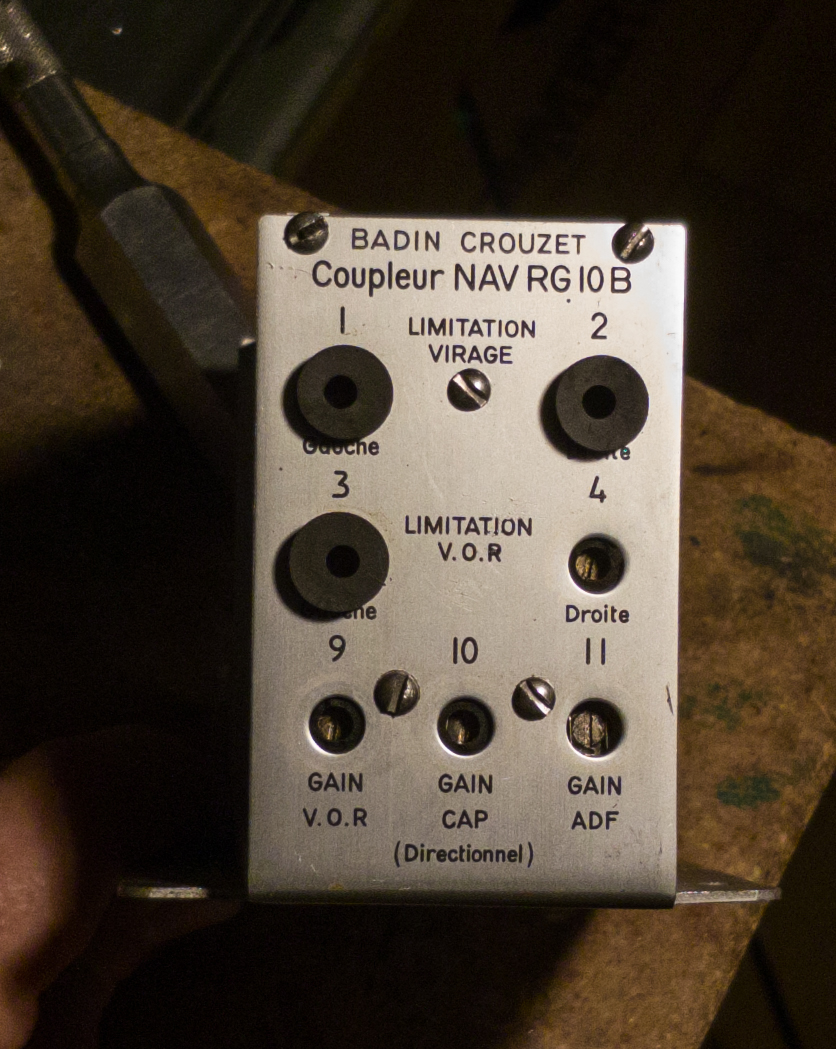 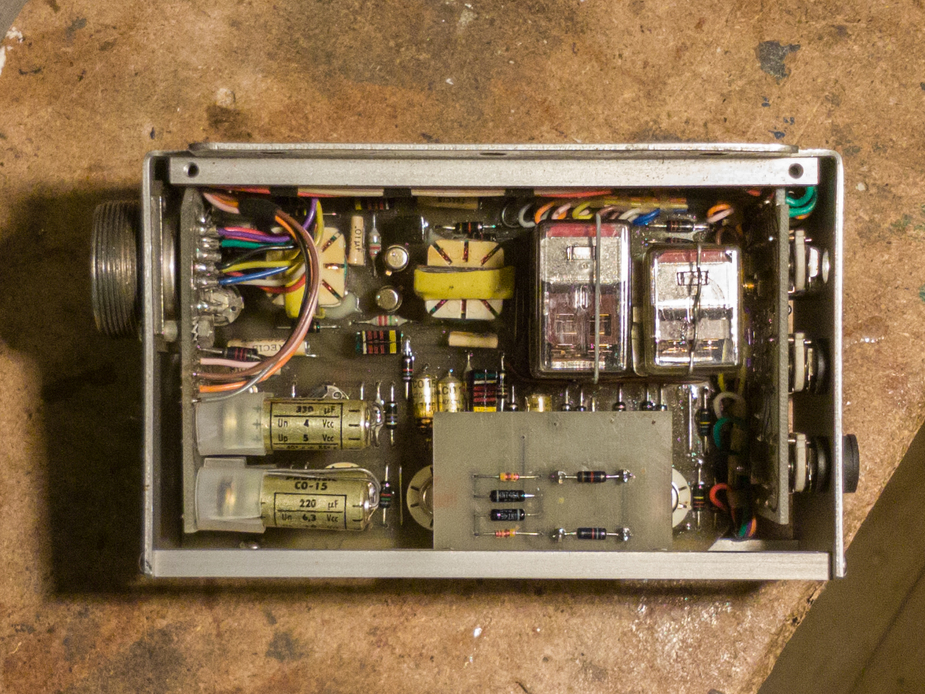 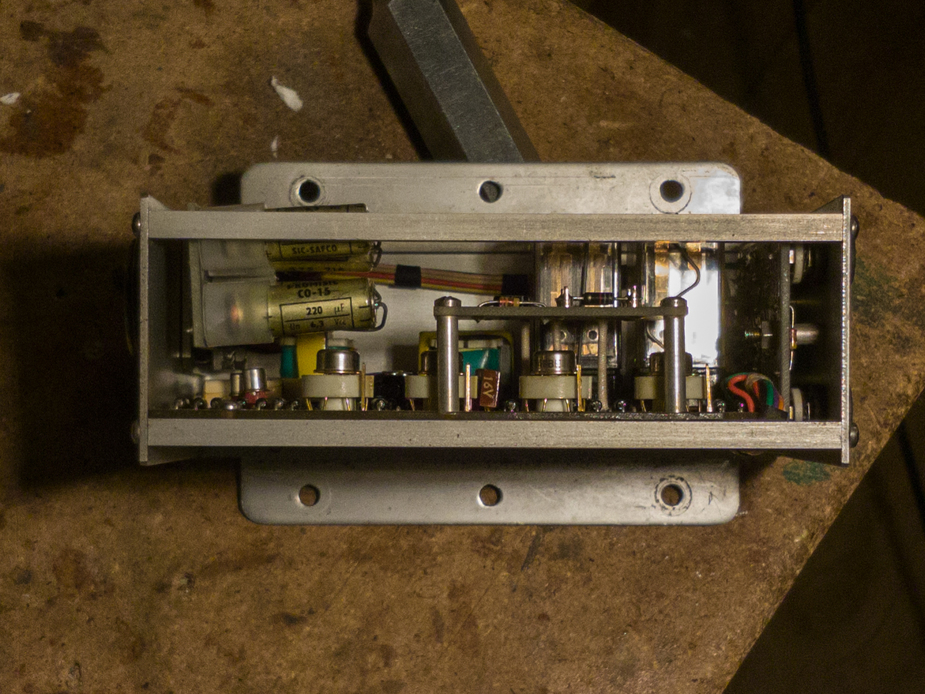 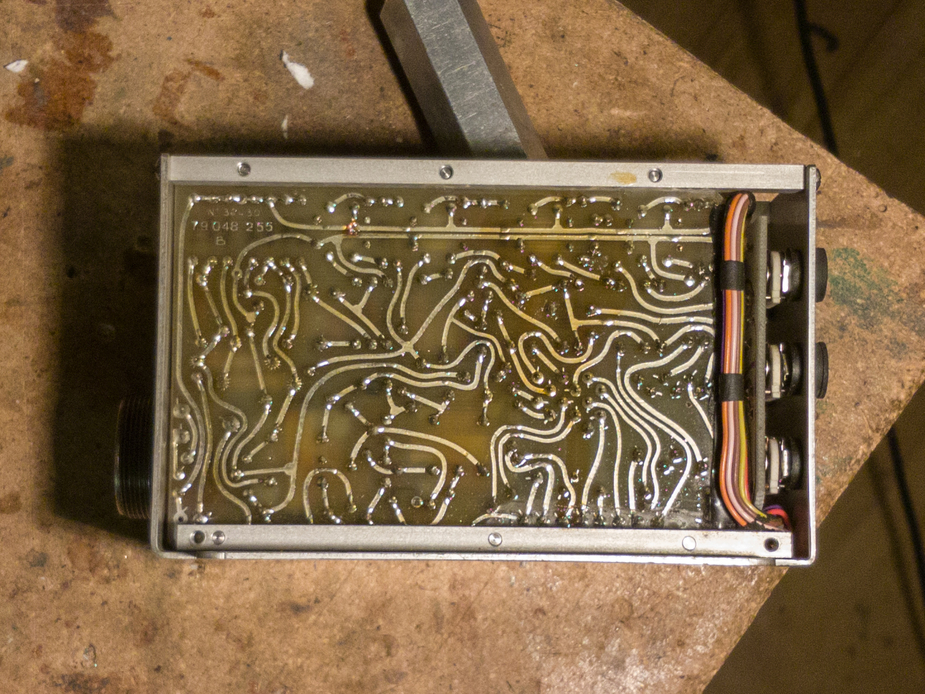 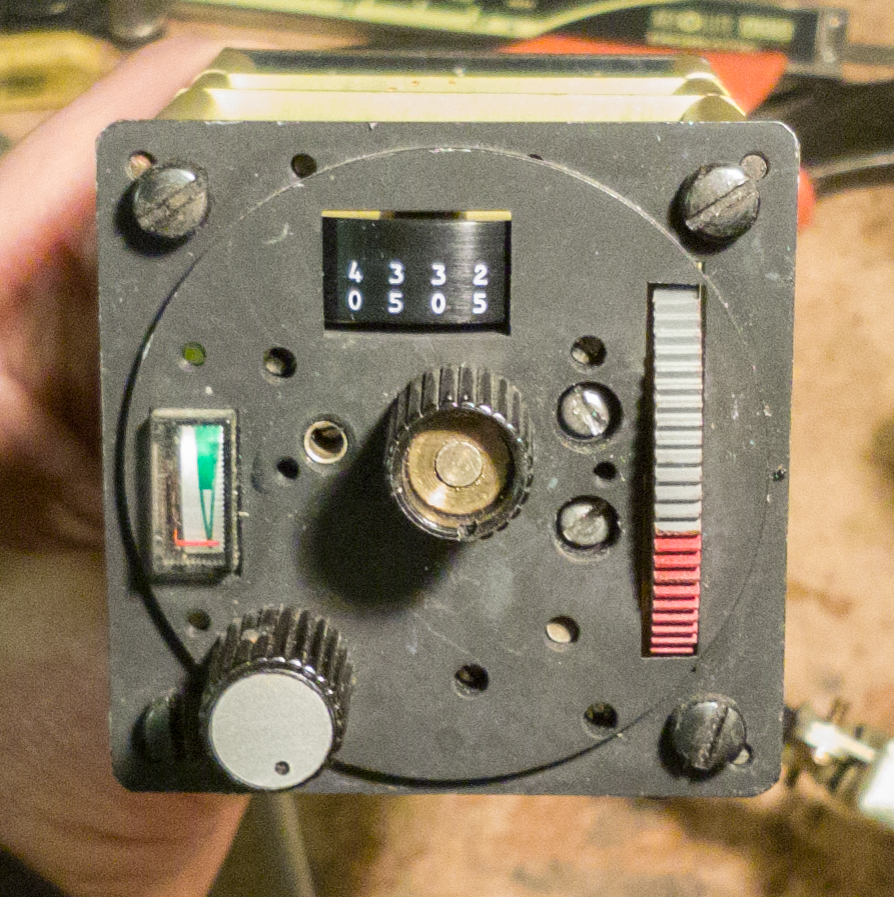 and with really complicated mechanics 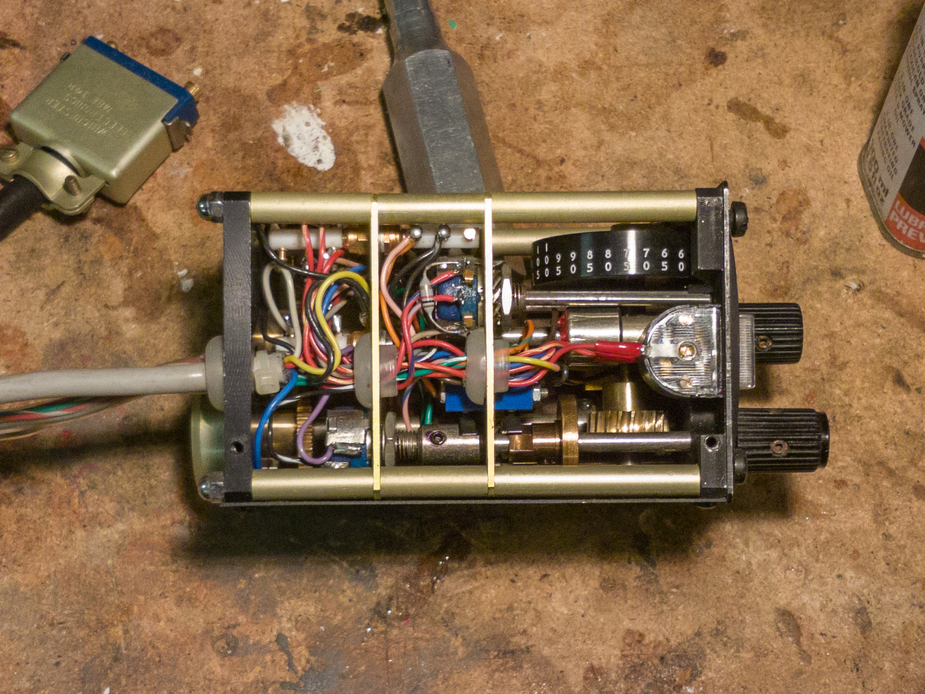 Look at the components strung across the standoff pillars, to avoid using a PCB 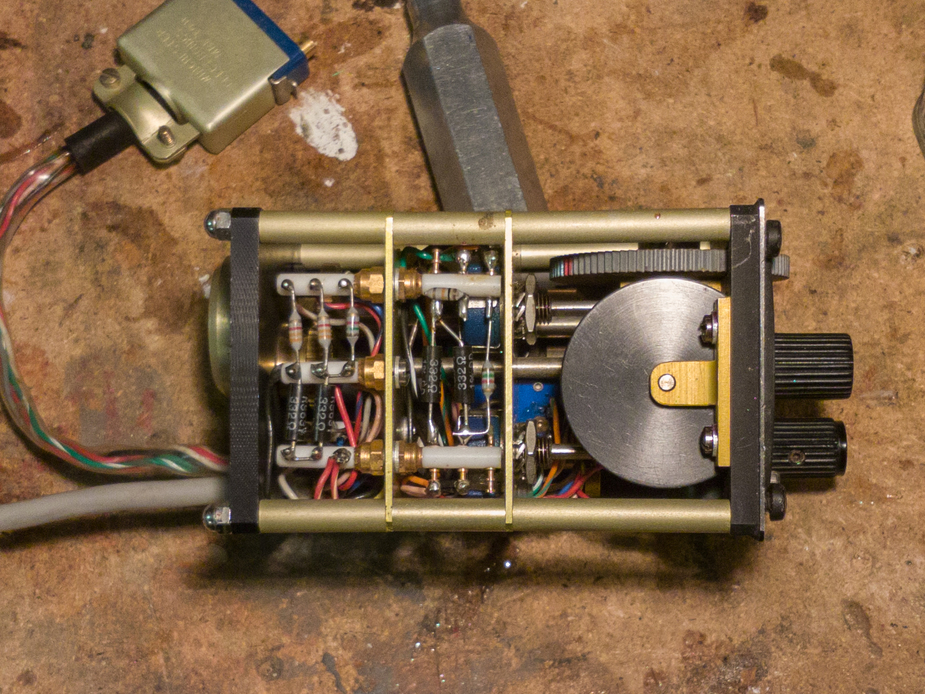 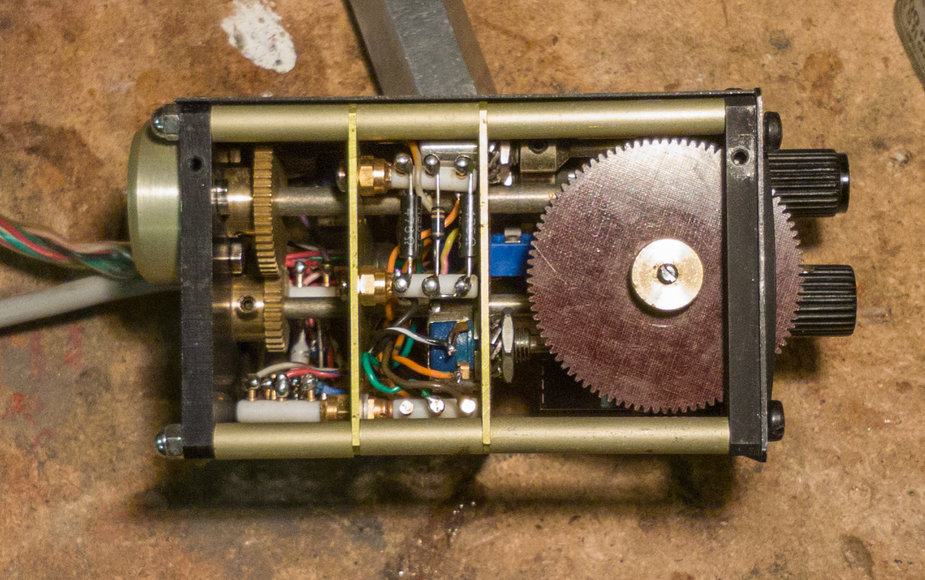 I reckon it might be a design from the 1950s or even before, which was slightly modernised with newer electronics c. 1970.

Just stopping by to say I like reading about this old stuff.

Me too. Thank you for your efforts in taking the time to post the pictures and comments.


Look at the components strung across the standoff pillars, to avoid using a PCB

Cordwood is a bit like that but not quite. This is one example

I don’t understand it because even when I was a kid, say mid 1960s, a PCB was the “right way” to build anything electronic. Well, assuming that the design was stable and didn’t have to be re-wired…

The above actually uses PCBs, anyway. The following is from the Apollo era. No PCBs, and the interconnecting wires were welded, not soldered 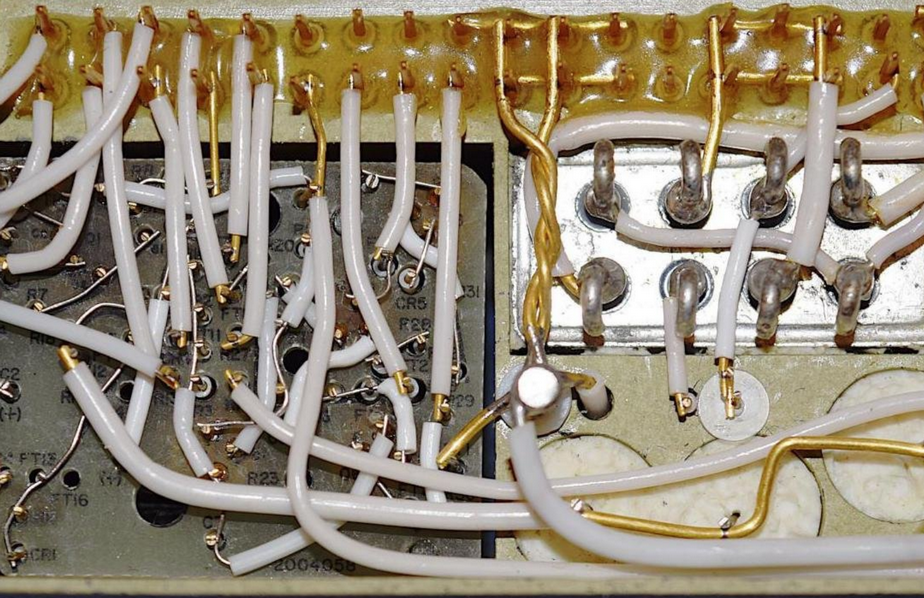 A lot of the parts in this autopilot are made by Sfernice which was a French manufacturer of electronic components. Clearly the designer brief was to use French parts as far as possible. Most of these old French companies have since either vanished or been taken over by foreign companies; in this case by Vishay. In fact the history of tracing OEM equivalents of Socata parts runs along similar lines; you find companies which have vanished, or been taken over by foreign ones (and the new owner often shuts down the old aviation lines).

What is quite funny is that we think nothing of a 1972 plane, and anybody who can pick up a spanner can fix it, but the electronics is incredibly ancient – and virtually nobody can fix any of it, not least because there are probably no wiring diagrams… and almost nobody in this field understands “electronics”.

I did actually get a ring binder with some diagrams with the above. Impressive hand-drawn stuff.

? Even today, most can barely read components datasheets.
Working with other French is so much easier. Same culture, easy phone calls, easier purchasing stuff, no customs involved, end-user agreement etc…. And we like giving business to our own.
As for the hand made stuff, I guess the small production didn’t motivate the managers to invest in tools. We are more keen to designing something on a notepad than establishing a proper, consistent production and efficient customer support. It is a bias of our ´grandes ecoles’ (engineering colleges). That killed us among other things.
As you say, French manufacturing has been wiped out since. Only the Airbus ‘ecosystem’ still lives well (because they can sell 100€ a bearing), and a few others.

Even today, most can barely read components datasheets.

That’s a very interesting point. Didn’t think of that

I am surprised that the various (mostly American) companies, who must have had distributors in France (and thus avoided the need for Customs on import) didn’t offer local support.

The Brits were very good at improvisation too. The 1960s/70s military hardware was basically handmade – just like this Baden stuff. And a lot of it didn’t work when needed… the proportion of INOP missiles during the 1982 Falklands business was said to be 30%. Concorde avionics may have been similar.

Peter
Administrator
Shoreham EGKA, United Kingdom
123 Posts
This thread is locked. This means you can't add a response.
Sign in to add your message